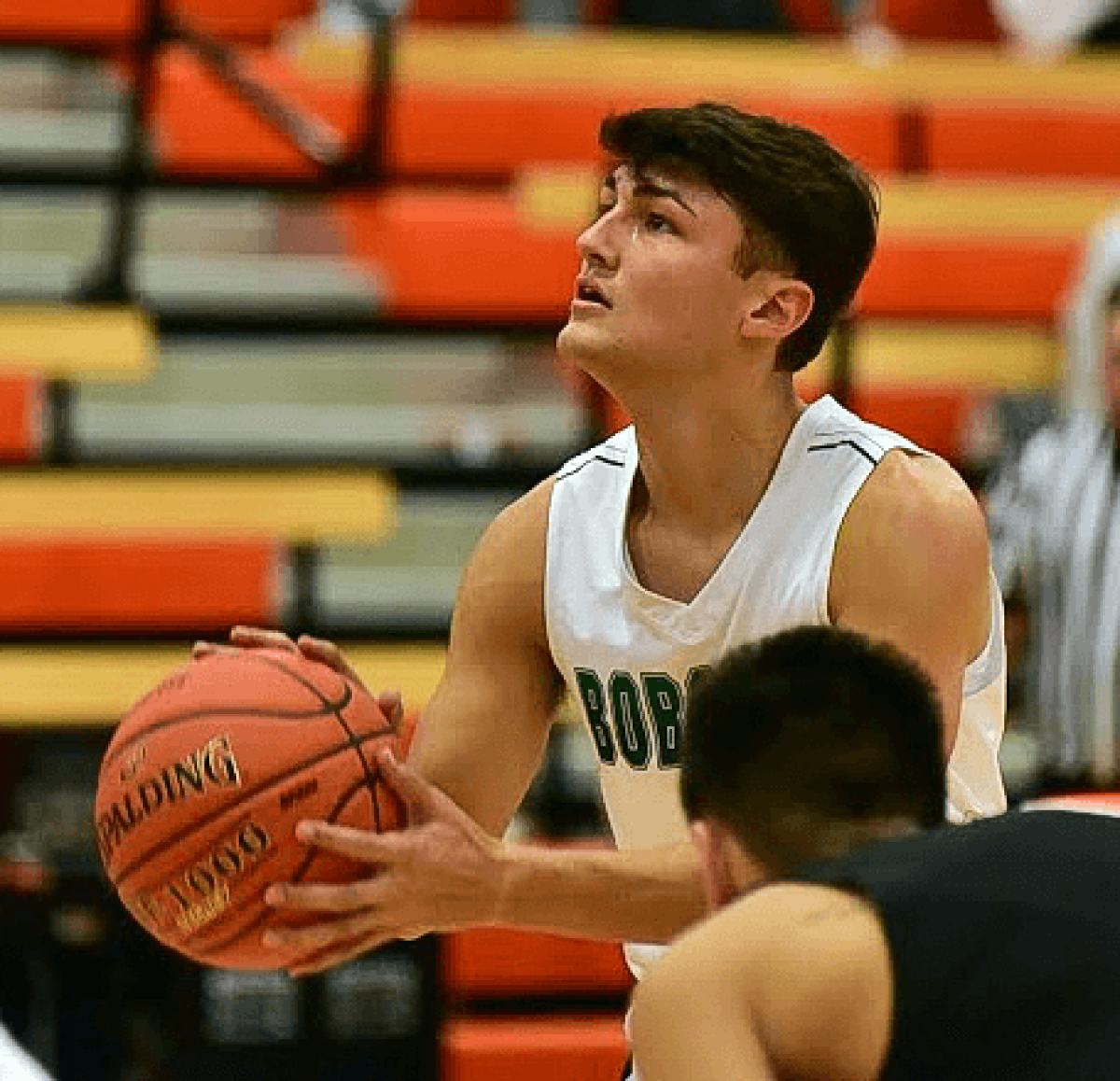 Granada senior Dominic Coleman will be one of the players to watch in the 2021 Lamar Holiday Basketball Tournament that runs Dec. 16-18 at the Lamar Community Building.

After a one-year hiatus due to the Covid pandemic, the 2021 Lamar Holiday Basketball Tournament takes center stage at the Lamar Community Building for a three-day performance on Dec. 16-18.

The tournament is one of the most anticipated small school affairs in the state.

For the first time in five years, new champions emerged in both the girls and boy’s divisions in the 2019 Lamar tournament.

The Kit Carson girls and the Holly boys were both the previous five-time tournament champions but suffered losses in the championship semifinals.

In the girl’s title game, Springfield defeated Holly, 38-29, to capture the tournament crown for the first time since 2013.

This year’s boy’s field will feature two undefeated teams in the Granada Bobcats (3-0) and Holly Wildcats (3-0).

The four games in the boy’s session on Thursday will be as follows:

“We missed not getting to play in the tournament last year due to Covid,” he said. “I don’t think I’ve missed a Lamar Holiday Basketball Tournament since I was born. We are really excited to get back into the Community Building in for the HBT. I’ve been a manager, played and won, officiated, and now this year will be my first year as a head coach in this tournament.”

Marquez added, “This tournament is special, it rivals a state tournament atmosphere and we’re excited to come in as a top seed. I haven’t gotten a chance to see every team play just yet but knowing most of the athletes and coaches from each school, I really think this year will be real competitive. We’re expecting it to be three days of really good basketball.”

“It’s going to be great to see all the communities and fan bases come out and support their teams,” he added. “I know playing in front of what felt like the entire corner of our state is an awesome feeling. I’m excited for all the kids to have that opportunity again.”

Granada is coming off three impressive victories in the Border Wars Tournament that was hosted by Syracuse, Ks. High School last week.

“The Border Wars was a good test for our squad,” Marquez said. “It’s not very often that a Colorado team escapes 3-0 from that tournament because the competition is so tough. We had to battle hard to make that happen.”

Marquez possesses a team that is blessed with some talented athletes.

Through three games, Coleman is the team’s leading scorer with 18 ppg. He also contributes 5.7 rebounds, 6 assists, and 5 steals per contest.

Maddox Coleman, a freshman stalwart, is averaging 13.3 points and 5.7 rebounds a contest.

Other key players for the Bobcats include Brandon Gonzales, a junior guard, who is averaging 6.7 ppg. Jonus Guevara, a sophomore guard, adds 3.5 points, 3.0 rebounds, and 2.5 steals and Ivan Yanez, a senior, chips in with 2.7 points and 2.3 assists.

D. Coleman and Gonzales both have five 3’s apiece.

Holly, under second-year head coach Jace Cathcart, is another team that boasts some talented athletes.

The Wildcats are sparked by seniors Dakota Eaton and Josue Avalos.

Other players counted on to contribute significant play time include:

Wiley is off to a 2-1 start under new head coach Rodney Yates, who is also the head coach of the football team.

All five starters return for the Panthers from last year’s team.

Jace Parker, a 6-4 junior guard/forward, comes off the bench in a key role for the Panthers.

The Cardinals are led by talented guards Aiden Martinez and Ayden Gomez.

Also returning for the Cardinals and looking to make a strong presence in the paint will be Conner Forgue, a 6-3 sophomore post, who averaged 8.3 points and 6.0 rebounds a game last season, and Caleb Barr, a 6-0 junior post.

Two foreign exchange students Riccardo Cazzinga, a senior from Italy, and Eduardo Verdu, a junior, from Spain are also making a big impact for the Cardinals.

Mallard will also count on Braden Marks (a junior), Ray Mungaray (a sophomore), and Kolten Smartt (a junior).

McClave is coming off a 1-2 record in the Border Wars Tournament.

The Cardinals lost their first game to a good Elkhart, Ks. team (60-5).

McClave bounced back with a 61-34 victory over Stanton County.

The Eads Eagles are off to a 1-3 start under first-year head coach Weston Meardon. Meardon, who was a top player for Walsh during his high school career, did serve as an assistant coach for Eads the last three years.