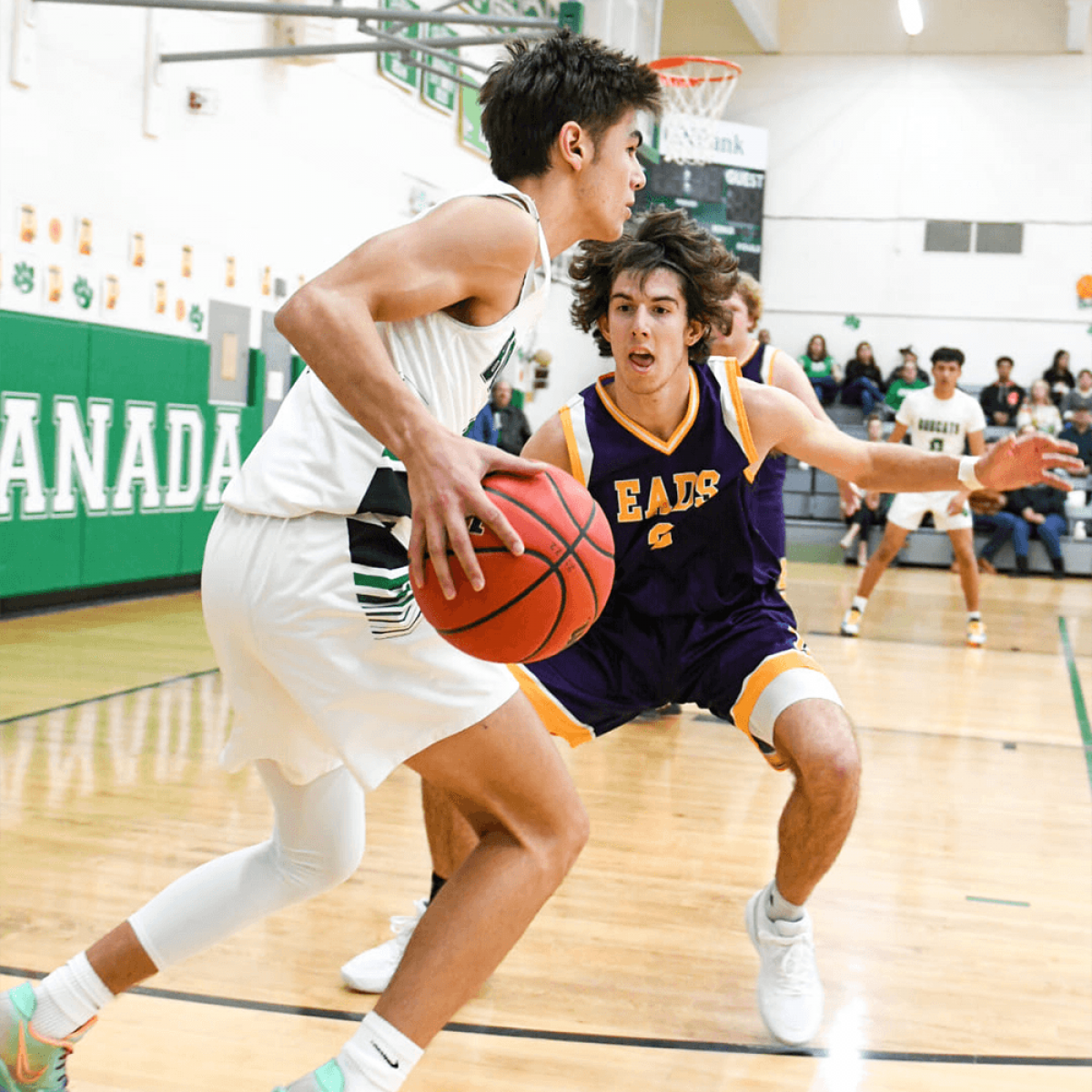 The Granada Bobcats continued on where they left off in December winning the Lamar HBT championship and staying undefeated. They would grab two more wins in the first weekend back. The run-and-gun Bobcats took care of Deerfield, KS 61-12 on Thursday night and then grabbed their first District 2 win over Eads on Friday night, 51-35.

Eads kept it close for the first half as both teams used strong defense to control the other. By halftime the Bobcats had a slight advantage, 23-20. But Eads just went away in the second half as defensive adjustments had them struggling offensively. The Eagles would bounce back on Saturday night in Walsh as they controlled the southern Eagles, 35-24. Eads is 3-6 on the early season.

Eads battled Granada on even terms in the first half before the Bobcats gained control in the second half for a 51-35 victory.

Granada held leads of 9-7 lead after the first quarter and 23-20 at the half.

The Bobcats steadily pulled away from the Eagles and outscored them, 14-7, in the third quarter to build a 10-point lead, 37-27.

In the fourth quarter, Granada tallied 14 points compared to 8 points for Eads.

Under the glass, M. Coleman had 8 rebounds, D. Coleman 5, and Gonzales and Guevara and both had 3 rebounds apiece.

Sophomore Porter Spady would lead the Eagles in the loss with a double-double out of the gates chalking up 15 points, 10 rebounds, 2 assists and 5 steals. Seniors Cade McDowell and Ty Wilson added 7 and 6 points respectively in the loss.

In Walsh the Eagles had another fine first half gaining the advantage but slowed their production in the second half. The third quarter was particularly slow as Eads scored just 4 points, but Walsh did one worse with 3 points.

Spady again led the way for the Eagles with 10 points followed by McDowell with 8 points. Wilson and sophomore Bo Arnold added 5 and 4 points respectively.

Eads head coach Weston Meardon is far from giving up on his boys in this early season. Of the weekend, Meardon commented, “Against Granada we went in with a game plan structured around their big guy John Hainer, but we saw he wasn’t playing during halftime of the girls’ game, so we made pregame adjustments and the kids executed very well, the boys gave everything they had but unfortunately the ball wasn’t bouncing our way with our shooting. But I couldn’t be more proud of their effort and toughness.”

Of the Walsh game, Meardon continued on about the Walsh game, “In the Walsh game we were flat pretty much all game. We couldn’t get easy and wide-open shots to fall for this game either. I think the boys were mentally and physically depleted from the Granada game the night before. Walsh played hard and scrappy and were able to have some success against us with good ball movement and good movement off the ball as well. It wasn’t a pretty win by any stretch, but we did enough to get the outcome we were looking for.”

Eads is idle this coming weekend as the Eads gym will be the place of the annual Eads Wrestling Tournament.