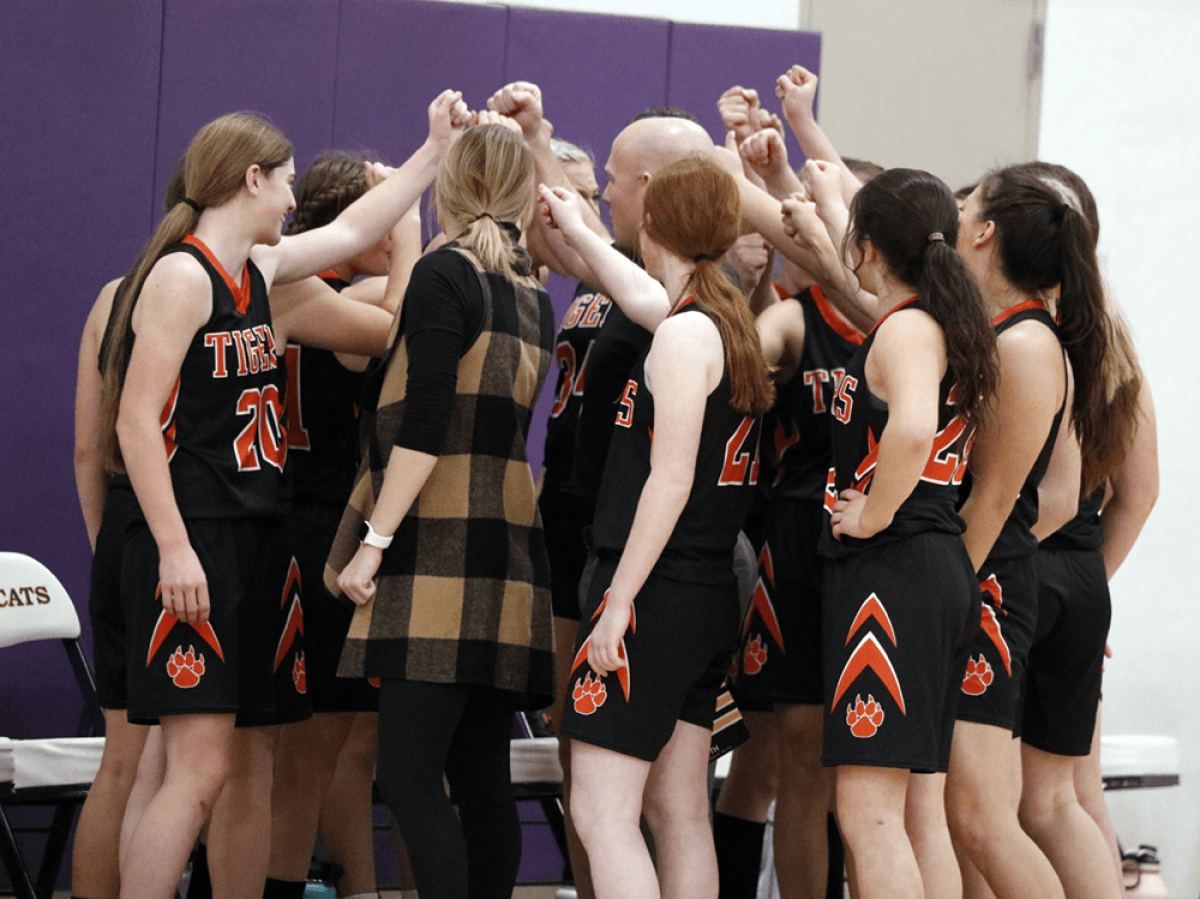 The Cheyenne Wells girls’ basketball team coached by Jason Muth was scheduled for two home games, finally, after playing nearly all of the early season on the road. The teams coming this weekend were both coming from Kansas. Unfortunately, on Friday, the Wheatland/Grinnell game was cancelled due to travel concerns with high winds. Weskan, KS did show up on Saturday losing to the Tigers, 39-19.

Cheyenne Wells is 7-1 on the early season and will now gear up for a key game on Friday night with Wiley. They’ll finish off the weekend at Kiowa.

Of the weekend, Muth stated, “Weskan was shorthanded. Their main offensive weapon, Aubree Richardson was ill, but they are a well-coached team that played hard from start to finish.”

The team’s seniors again played the leadership role. Muth described their contributions, “Sydney Dickey played one of her most well-rounded games pulling in boards, making steals, dishing out assists and acting as the floor leader. Erin Minton also did a lot of work underneath on the boards and with put backs.”

Dickey had 7 points in the contest and also added 5 rebounds, 3 assists and 3 steals. Minton added another 10 points and 6 boards.

Cheyenne Wells continues to get exceptional play from their freshmen including hotshot Paige Ryser who hit three long balls on her way to 15 points on the night. Ryser would also add 6 steals, 3 rebounds and 2 assists to the stats sheet.

The Weskan girls were in the ball game after the first quarter as they only trailed by a bucket. But the Lady Tigers picked up their defense holding the Lady Coyotes to just 4 points in the second and 2 points in third quarters. Although the CW girls did not score in a huge way, by utilizing their defensive efforts they were able to get some quick layups and transition points.

Now it’s time to look into this week as the Lady Tigers will host Wiley in a key district matchup. Wiley is 4-4 l but looking to get back into the win column after losing to Kit Carson in a district game over the weekend.

Muth is ready, “We are looking forward to two big games this week against a district opponent in Wiley and another tough road matchup in Kiowa.”