Wilson's 23 Points Leads Eads Over Springfield; Will Be Seeded #2 at the Lamar HBT

The Eads boys are an exuberant and emotionally charged team that caused a little uproar in their home opener the weekend before.  The same team showed up in Springfield the next week…still exuberant….but, also, showing maturity and more focus on winning the big games together.  And win they did as they defeated the Springfield Longhorns, 47-29, using exceptional defense on the way.  The next night Eads played Bethune tough and again the defense persevered with Eads dominating 71-19.  The Eagles enter the Lamar Holiday Basketball Tournament in a really good spot, sitting in the #2 seed and facing off with McClave as the #7 seed.

It’s been a long time since the Eads Eagles have defeated Springfield on their court but on Friday night Eads put it to the Longhorns starting right away with some exceptionally tough defense and a decent offensive game.  Eads would lose one guy, Leonard Collin, once, but that would be enough for the guard to hit a long-ball three.  The Eads seniors controlled the tempo of the game as Fred Turner put in an impressive defensive effort and Caden Parker and Stephen Wilson both controlled the offensive side of things.  Early in the contest Parker was able to slam one down, but after that, despite playing well, he could not easily find the hoop.  As Parker struggled offensively, Wilson took over finding particular success in the second half as the point guard hit for four long balls, three coming in the second half.  Springfield would make a little run late in the game when the Eads group decided to rest a little bit on the defensive side.  However, it was good to see them realize this lull themselves and they were able to pick it up in a big way to finish strong.

Wilson finished with 23 points while Parker only had 7 but he pulled down 16 rebounds and had 5 assists.  Teams are going to be surprised when they catch a glimpse of junior Zach Haase as the athletic wing can jump out of the gym and hustles better than most everyone on the team.  Haase scored 11 points and pulled down 7 rebounds.  He also had four steals.

It has been really great for Eads to be able to put a JV group out on the floor this year and assistant coach Marcus Gilmore has his boys playing hard thus far.  Eads would win the JV game 32-23 with Damian Hernandez leading the way with 13 points.
The next night in Eads saw the Eagles executing well, and all but one player managed to score as the bench got some important varsity court time.  Eads started hot against the Bobcats scoring 25 points in the first period behind two long balls from Wilson and another from junior wing Trey McDowell.  Going into the second period the Eagles weren’t as hot, but still scored in double figures with 14.  It would be senior post man Cameron Crow’s turn to contribute a triple ball and Turner also threw one in.  At halftime Eads led comfortably, 39-11.  The Eagles continued to score at will and their defense was just too much for the Bethune boys, particularly in the final stanza as Bethune laid a duck egg and Eads scrambled to 18 more points including Crow’s second long ball. 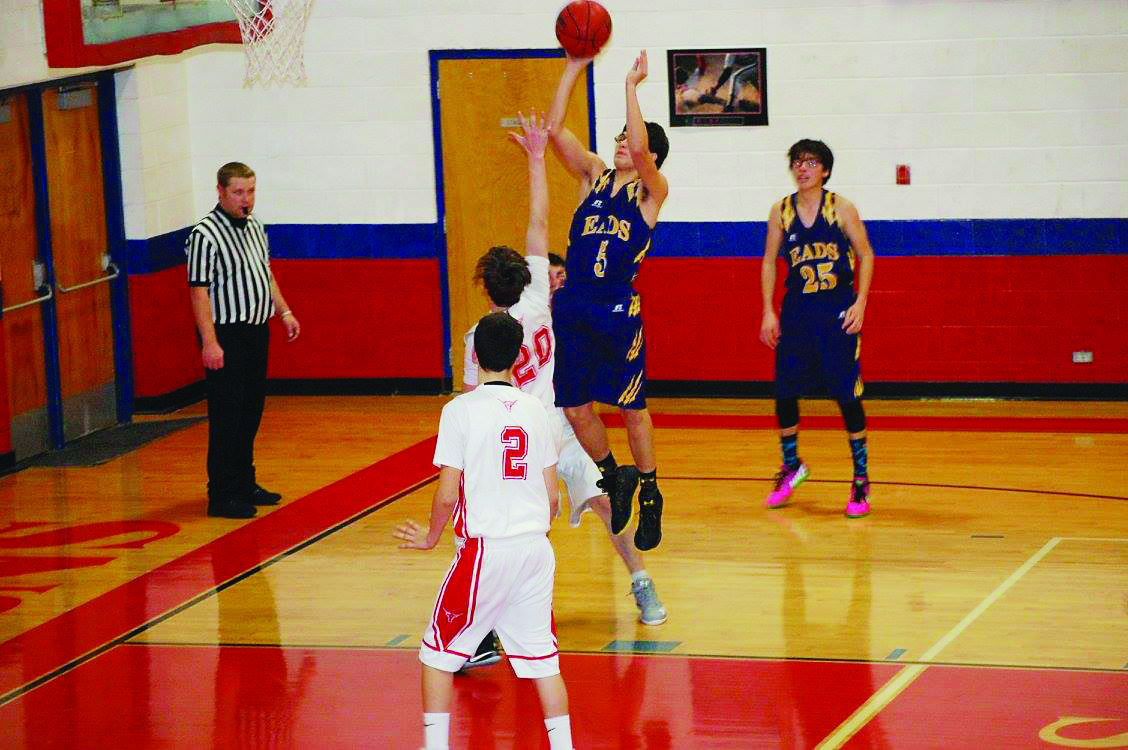 On the night, Wilson and Parker each scored 14 points to lead the Eagles, while Turner and Haase threw in 12 counters respectively.  Parker pulled a double-double by adding 12 rebounds to his tally and the senior also had 7 blocks and 7 assists.  Crow added 8 boards to the count.

The JV contest saw Eads control Bethune easily in a 43-22 decision.  Eads sophomore Blake Stoker poured in 22 points including a couple of threes in the game.  Hernandez chipped in eight more.

Eads is ranked in the #2 spot for the upcoming weekend holiday tournament and will have McClave in the first round on Thursday night at 7:00 pm.  The Cards, coached by Jeremy Mallard, are 1-3 but played #1 Holly to a tough 55-47 loss.  It has been a few years since the Eads boys have won in the first round and played on Championship Saturday, so in order to be there they must defeat the Cards in the first round.  It’s a goal these Eads seniors have been carrying around with them for many years.