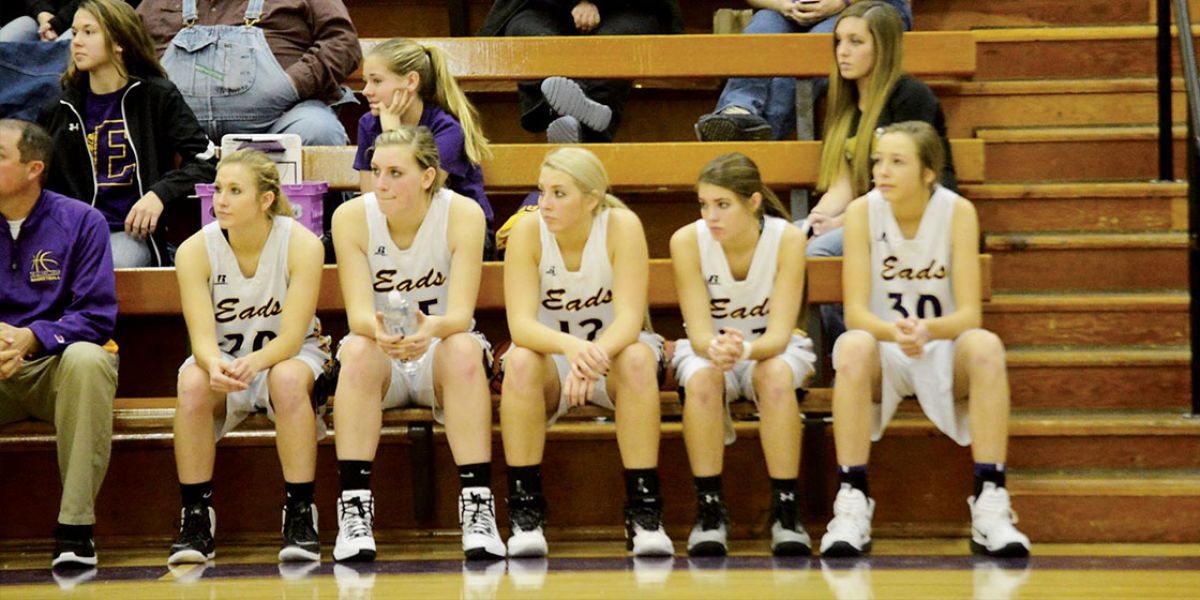 Eads Lady Eagles Struggle on the Road, but Grabs a Home Victory

A wise coach once said that, in basketball, one is not always going to be hot on the offensive side of the ball, but one can always be in control of the defense.  That’s what happened to Eads in Springfield on Friday night as the young Eads girls brought their 1-0 record into Baca County to take on a very fast Springfield group that virtually ran Eads out of the gym.  The Lady Eagles lost that game, 47-34, shooting a dismal 23% from the field.  But, give the youngsters their due, the next night they left no doubt that they could play ball as they defeated Bethune, 55-28.

Eads’ 2-1 record only earned them a #6 seed in this weekend’s Lamar Holiday Basketball Tournament and they will have to go up against McClave who pulled the #3 seed.  The Cards and young Eagles will face off at 10:30 am on Thursday at the Lamar Community Building.

Only three players managed to score in the Springfield game as point guard Miranda Mitchek, shooting guard Kaylee Wilson, and post Mariah Smith were the work horses for Eads.  Springfield came at Eads right away and put some strong defensive pressure on the ball causing a large number of turnovers.  Many times the turnovers resulted in transition layups for the Lady Longhorns.  The strong defensive pressure bothered Eads early and Springfield jumped out ahead 15-8 after one period.  But the Eads group calmed down and continued to play good ball, particularly, Wilson who poured in three jumpers and another three-ball to pace Eads.  By halftime Wilson had brought Eads back into the game trailing by a bucket 22-20.  But an absolutely miserable and chilly third period awaited the Eads girls as they only produced two lonely free throws from Smith and the Longhorn ladies pushed the game out of reach scoring 13 points.  Eads would battle back as Mitchek really picked up her effort in the fourth period, but it was too little too late and Eads would drop their first game of the season.

Wilson led Eads with 17 points and 5 rebounds while Mitchek chipped in 10 points and seven assists.  Smith had seven points and 8 boards.

The JV group also had a full game in Springfield and defeated the Lady Horns 21-17 with Kaycee Ellenberger leading the way with 9 points. 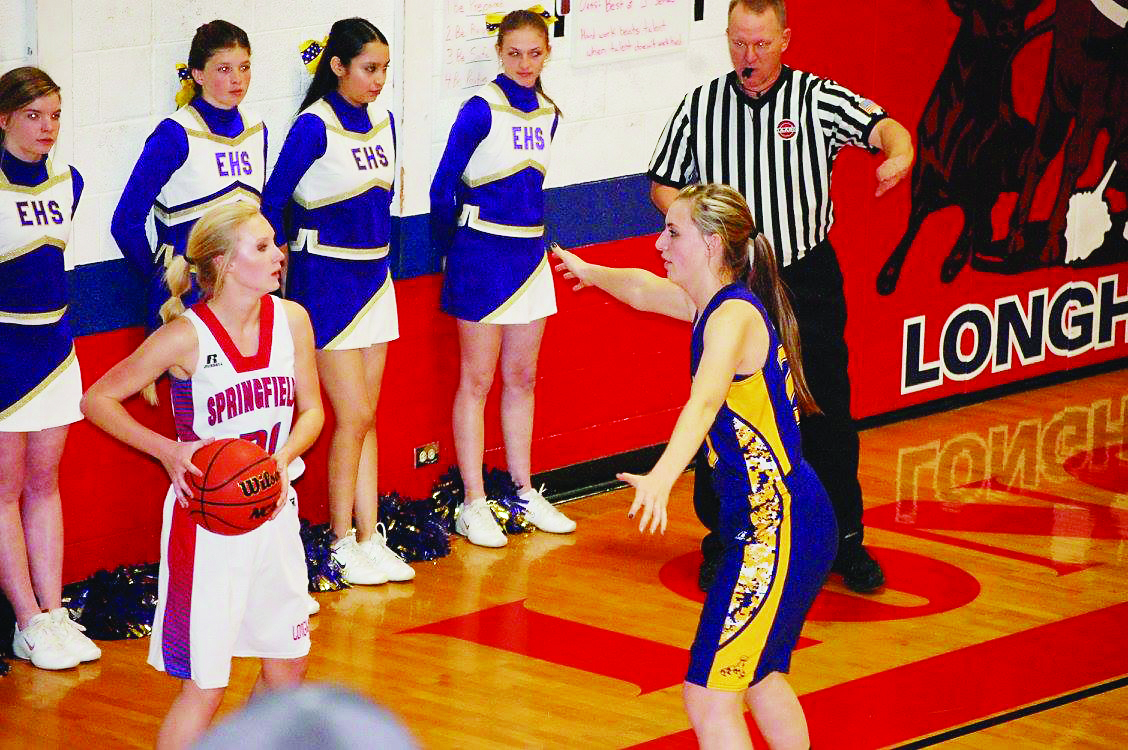 After the disappointing performance down south, the Lady Eagles picked up their game against Bethune at home on Saturday night.  The young Eads group used a multiple player attack to defeat Bethune.  Eads dominated the Bobcats in the first period pouring in 16 points and holding the visitors to a goose egg.  By halftime the Eagles led 24-6.  The third period was another impressive show for Eads as seven girls scored on their way to 22 points in the quarter.  The bench got some much needed varsity time and did not miss a beat while on the floor.  The only drawback was the defense that allowed Bethune’s guard, Kim Schulte, a 20-point night.

McClave will be a formable opponent for the Lady Eagles in the HBT as the Cardinals have four games under their belt and are 3-1 on the season.  They have good size, speed, and experienced players.  Eads will need to depend on their decent height and good defense in order to defeat the Cards.