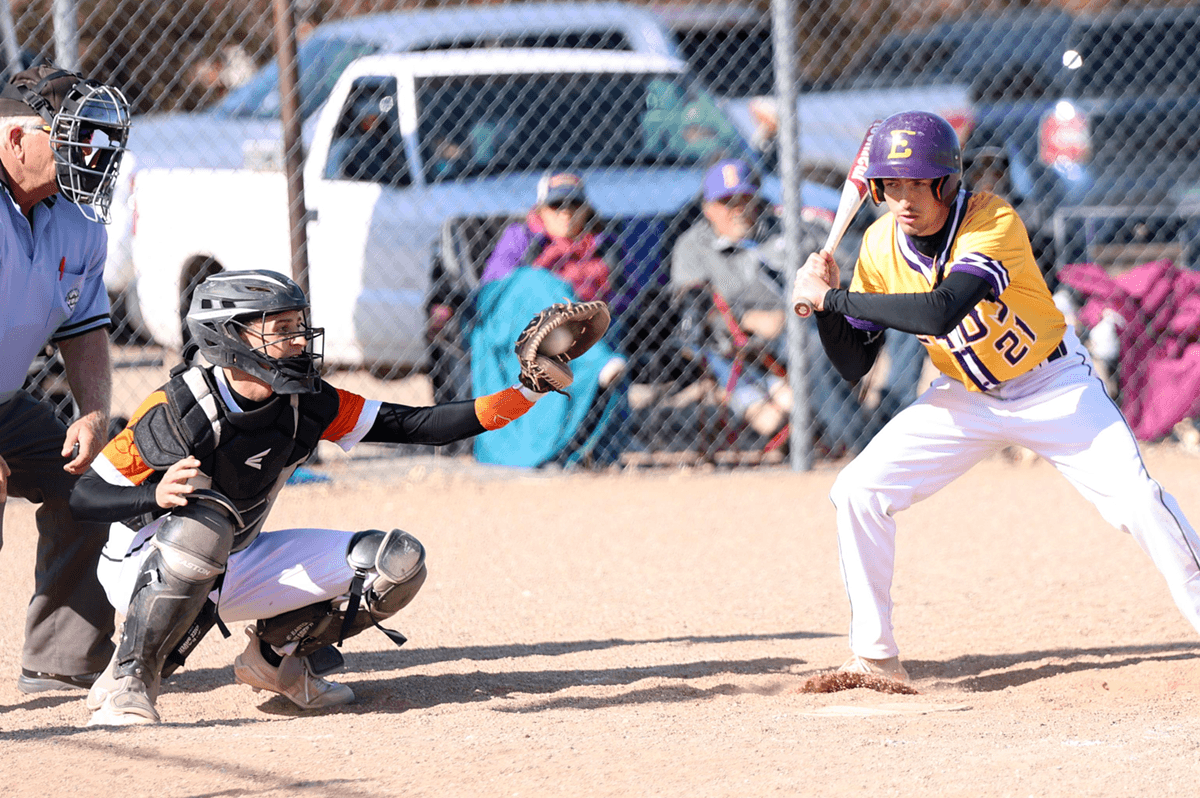 District 4 baseball is heating up and it has become apparent it will be a race for 2nd place as the Holly Wildcats are in full control of the top spot sporting a 12-2 overall record and a perfect district accounting. However, over the past week Cheyenne Wells did some major damage to Eads winning in a doubleheader sweep in scores of 7-6 and 17-2 to slip into the #2 spot in the district race.

Cheyenne Wells now has a 7-2 overall record and a 6-2 league record.

Eads had a terrible week dropping three league contests including to Holly and Cheyenne Wells. They are now 5-5 on the season and slipped to fourth place in the district race with a 5-4 record.

Against Holly the Eagles struggled offensively against the Wildcat pitching only managing a total of 7 hits with most of them coming late in the game. The Wildcats jumped out early in the top of the first inning scoring 3 runs and then added an insurance run in the top of the third inning. With the score 4-0, the Holly bats exploded for 7 runs in the fourth and 7 more in the fifth. Eads tried to answer the onslaught in the fourth inning with 3 runs of their own but could not string enough offensive power together to get back into the contest. They would lose the conference game, 18-3.

Eads had 10 errors in the contest.

The Wildcats scattered 14 hits around the field including a home run from J. Terrazas, 2 triples coming from Dylan Tamayo and Andre Salgado, and doubles from Dakota Eaton and brother Devin Eaton. Multiple hits came from Roque Torres (2), Dakota Eaton (2), Tamayo (3), Terrazas (2) and Salgado (2).

Porter Spady took the loss on the hill for Eads in 2 innings of work giving up 4 hits, 4 earned runs, 4 walks and a strikeout. Freshman southpaw Case Nelson came in for 3.1 innings and gave up 7 hits and 4 earned runs, with no walks and 4 Ks. Senior Ty Wilson finished the game working through an inning giving up one hit and 0 earned runs and walking one.

In the first game of the double header in Cheyenne Wells on Friday the Tigers drew first blood in the bottom of the 2nd inning when they grabbed one run. Eads answered with four runs in the top of the third and held the Tigers out of the run column at the bottom of that stanza. Eads added another run in the top of the fourth, leading 5-1. But in the bottom of the fourth inning the Tiger bats came alive and scattered the bulk of their 16 hits around the field scoring 4 runs making for an exciting 5-4 game going into the last inning of play.

Eads added another run in the top of the final inning putting the pressure on the Tigers. With one out and the scored tied at 6 apiece, a walk off Carson Noe sac fly scored the speedster Keaton Marriott from third to win the contest 7-6.

Eads had 12 hits in the game, but it wasn’t enough.

No stats were available for Eads.

In the nightcap, the Tigers broke the game open with 10 runs in the bottom of the first and Eads just never managed to get out of the hole. Cheyenne Wells enjoyed a hey day against the Eagle pitchers scoring 4 and 3 runs in the next innings essentially ending the game in the mercy rule after 3.5 innings.

The Tigers pounded out 16 hits, while Eads managed to get 8 balls into play.

Gilmore had a heck of a game at the plate as he went 2-for-2 with 2 runs and 2 RBIs off of a triple.

Alex Mitchek went 2-for-3 adding one run and 3 RBIs.

No stats were available for Eads.

The Eagles now travel to a conference date in La Veta. The doubleheader action begins at 1:00 PM and 3:00 PM on Friday, April 22.