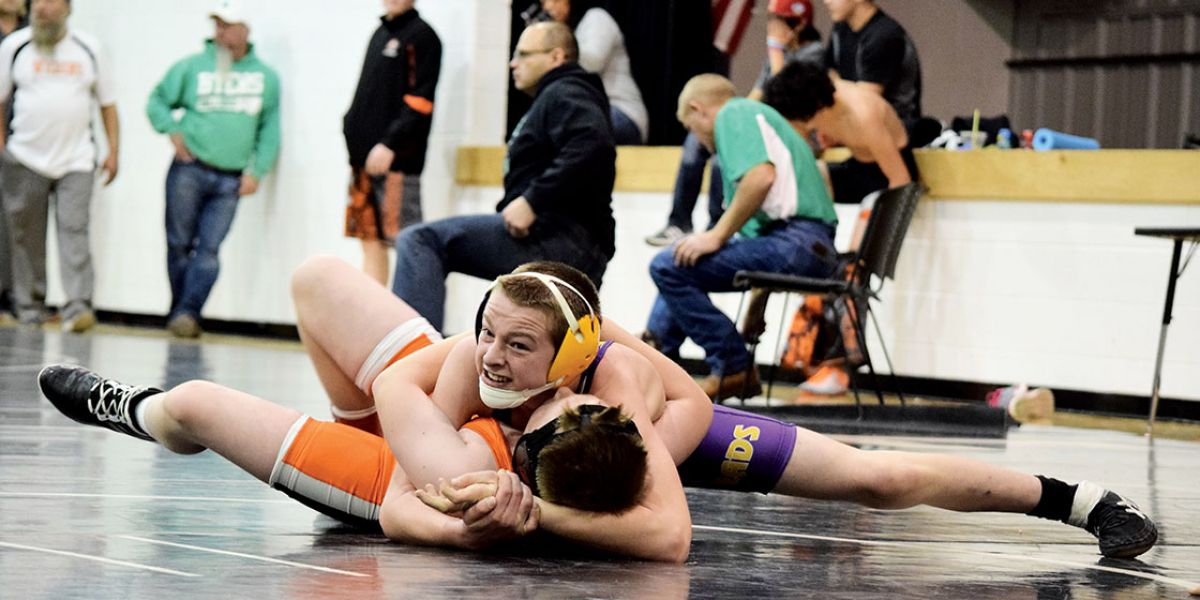 It was another long day of wrestling for the Eagles as they competed at the Badger Invitational which played host to teams.

Ben Splitter was the first to take the mat and fell to the #1 seed in the tournament, Kolton Dickerson from Sedgwick County Fleming, in 0:56.  Dropping down into the consolation bracket, Splitter came back and pinned Cauy Peddington from Kiowa in 4:14; then lost by fall to Zach McCrary from Calhan in 2:54.  This match eliminated him from the tournament.

Trevor Randel, again wrestling at 152 pounds, won by fall over Dane Hines from Stratton in 3:39; won by fall over Ryan Ravira from Crowley County in 3:37; lost in overtime by decision to Kobryn Mann from Sedgwick County Fleming, 4-2. Randel met up afgain with Dane Hines and it had the same outcome only faster with a pin in 1:42.  Randel’s 3rd/4th place match was against James Steerman from McClave which he lost by decision, 7-0.  The Eads junior came home with 4th place.
Chance Fowler managed to bring home his 3rd place medal with this action:  won by fall over A.J. Wilk from Crowley County in 3:08; won by fall over Alex Covarrubias from Yuma in 1:38; lost by major decision to Rhett Lavender from Simla, 14-1; and won by fall over Cody Baxter from St. Francis, Kansas, in 3:10.  Fowler did drop down to the 160 pound weight class for this tournament.

Rhett Uhland had a rough day as he wrestled in the 182 pound bracket and is working his way down to the 170 pound weight class.  Uhland won by pin over Adolfo Fraire from Sedgwick County Fleming in 0:58; lost by major decision to Dawson Worley from Cheyenne Wells, 8-0; pinned Will Crouse from RMC in 2:08; and lost by fall to Tyson Martinez from Fowler in 2:06.

Eads will host Amarillo’s Boys Ranch on this Friday night along with a couple area squads and then will travel to Holly for their annual Christmas tournament.