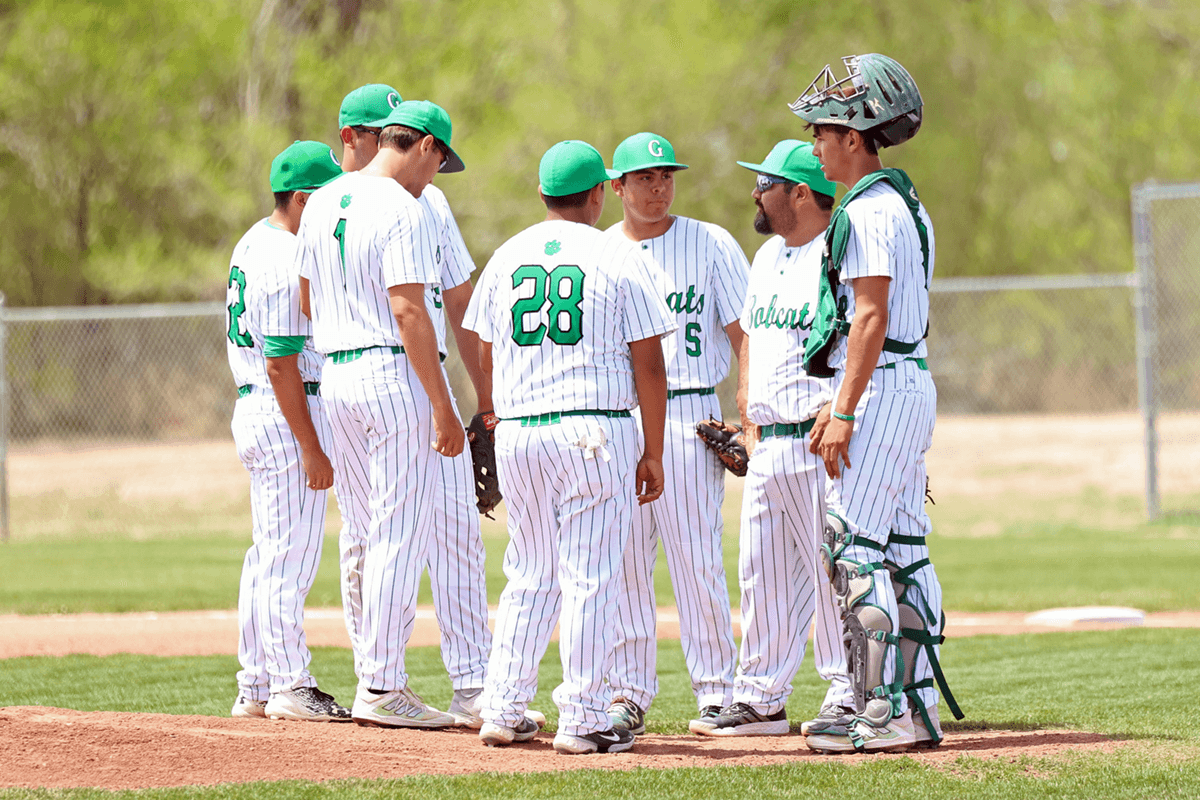 Granada enters the regional tournament seeded #9 after losing to Cheyenne Wells in the District 4 Tournament, 8-3.

After defeating Springfield in the first round of the District 4 Tournament in Cheyenne Wells on Tuesday by the score of 11-2, the Tigers entered into the finals on Saturday in Las Animas seeded #3 among the four teams remaining.

The C-Dub group pulled off some impressive plays on Saturday and upset two top state-level teams including #3 Granada in the semifinals, 8-3, and then shocked #1 Holly, 1-0.

Cheyenne Wells now advances to the 1A state baseball tournament and will host a regional site seeded #2. They will take on #15 Prairie on Saturday, May 14 in the first round of regional play, while #7 Haxtun and #10 Stratton will also be in Cheyenne Wells facing off in the first round. The winners of the first games advance to the finals game later in the day to see who will come out of that particular region into the state 1A Final Four championships to be held in Denver on May 19.

Some of the teams in the 16-team field qualified as their individual league champions and other teams, such as Granada and Eads, qualified with the strength of their RPI.

District 4 is a strong league and had 5 teams come out of there and into the state tournament including #2 Cheyenne Wells, #6 Holly, #9 Granada, #10 Stratton and #14 Eads.

It was never a contest with Springfield as the Tigers had everything working on Tuesday, winning big 11-2.

The Longhorns got things moving in the first inning, when an error scored one for Springfield.

Cheyenne Wells would score in every inning starting in the second inning when they scored 2 runs, scored 2 runs in the third, one in the fourth, two more in the fifth, and finally blew the game open in the bottom of the sixth inning scoring 4 runs.

Junior righthander Ty Scheler took the win for the Tigers on the mound as he went four innings, allowing one run on one hit, striking out seven and walking zero.

Alex Mitchek led the team offensively with two hits in three at bats. On the base paths it was Evan Worley who led the team with two stolen bases of the six the team had.

It was a very hot day in Las Animas on Saturday as the top four teams in the very tough District 4 conference came together to duke it out for supremacy of the league and a chance to move deeper into the playoff picture.

Stratton entered in the #4 spot and advanced to the finals with a defeat over Eads on Tuesday. Stratton faced off against #1 Holly in the semifinals on Saturday and lost 10-0. Holly had advanced to Saturday’s contest with a 16-1 defeat over #8 Manzanola last Tuesday.

Cheyenne Wells entered Saturday’s finals seeded #3 and took on #2 Granada in the semifinals. Granada had qualified for the finals on Tuesday with a 10-0 win over La Veta on Tuesday.

The bats for Cheyenne Wells were on fire against Granada as they pounded 12 hits compared to Granada’s 7 on the day.

Cheyenne Wells struck first in the top of the third inning when they got one run across after Cade Mitchek came the plate to start the inning and blasted a triple to center field. Brett Mayhan then hit a single with one out to bring Mitchek home.

But it would be a huge fourth inning for the C-Dub proved to be the demise of Granada as the Tigers scored 6 runs in the stanza gaining a 7-0 lead. In that inning Paul Mitchek started things off with a hard ground ball single at third base. Kody Ryser then singled out to center field moving Mitchek to third base. Evan Worley then walked to juice the bases. Cade Mitchek also pulled an RBI walk that brough home Paul Mitchek.

With one out Mayhan came to the plate with the bases loaded and blasted a double down the left field line scoring Worley and Cade Mitchek.

Gilmore then doubled to right field scoring Mayhan after Coleman came to the mound. Alex Mitchek also doubled to center field and switch places with Gilmore who scored.

Coleman then got a strike out and a pop up to finish the brutal inning for Granada.

Granada tried to answer the call in the bottom of that stanza as they scored two runs of their own. Dominic Coleman began the run on aa hard ground ball single to left field. Hainer then came up and blasted an in-the-park homerun to center field scoring Coleman and himself.

The two teams then eked out a run apiece later in the game, but the Bobcaats could not find any gaps in the very tough Tiger defense. The runs they did get were off of 3 early errors by the Tigers.

Again, Scheler was on top of his game as he toed the rubber for Cheyenne Wells going the distance for 7 innings. He would allow seven hits and three runs over the seven innings, striking out nine and walking zero.

Brandon Gonzales took the loss for Granada as he worked through three and a third innings of play, allowing eight hits and six runs, striking out four.

Senior Dominic Coleman had to come relief and threw three and two-thirds innings out of the bullpen. The righthander gave up 4 hits and 2 runs, striking out 7 and walking none.

Granada struggled somewhat again Scheler and the Tiger defense, but the Bobcats’ John Hainer went 2-for-3 with a homerun and 2 RBIs. Ivan Yanez was 1-for-3 and scored a run. Maddox Coleman was 1-for-3 scoring a run.

Junior Blake Gilmore led the way offensively for the Tigers going a perfect 3-for-3 with a single, 2 doubles, and RBI and 2 runs.

Cade Mitchek was 1-for-2 hitting a triple, adding an RBI and scoring 2 runs.

Senior Brett Mayhan was 2-for-4 with a single and a double, contributed 3 RBIs and scored one run.

Junior Alex Mitchek was 2-for-4 with a single, a double and 2 RBIs.

Cheyenne Wells was definitely the underdog in the finals against Holly who has a tremendous bull pen and offensive attack. The Wildcats had taken care of Stratton (#4) earlier in the day, 10-0 with senior ace Dakota Eaton on the mound for Holly. Eaton pitched a shut out giving up 1 hit, walking 3 and striking out 12 batters.

In their first meeting during the regular season Holly had dominated the Tigers winning 10-2.

But on this day, it was a dog-fight and it came down to a classic pitcher’s duel between the Tigers’ Blake Gilmore and the Wildcats’ Julian Terrazas.

Both pitchers went the distance.

Gilmore grabbed the win by throwing a shut out on nine hits over seven innings of work, striking out five and walking none.

Terrazas was impressive as well but would take the loss surrendering one run on five hits over seven innings of work and striking out 12. Terrazas would walk one.

Cheyenne Wells mustered enough offense against the deadly Terrazas in the top of the fourth to put the one winning run across the plate. In that stanza Alex Mitchek tripled to right field with one out on the field. Ty Scheler then came to the plate and doubled to left field scoring Alex Mitchek.

Cheyenne Wells had some other runners threatening but were perhaps too aggressive on the base paths as both Scheler and Paul Mitchek were caught at third base.

Holly scattered 9 hits around the field and threatened a number of times, but the Tiger defense held strong.

Freshman catcher Truman King went 3-for-4 on the day with 3 singles against Gilmore.

Senior Dakota Eaton was 2-for-4 at the plate with 2 singles, as well.

Senior Cauy Stum went 2-for-3 with a single and a triple.

The Tigers only managed 5 hits with Keaton Marriott going 2-for-3 with 2 singles. Paul Mitchek had a single, as well.

Scheler added a double and Alex Mitchek’s triple proved to be the winning run as luckily for the Tigers Scheler and Mitchek came to the plate back-to-back.