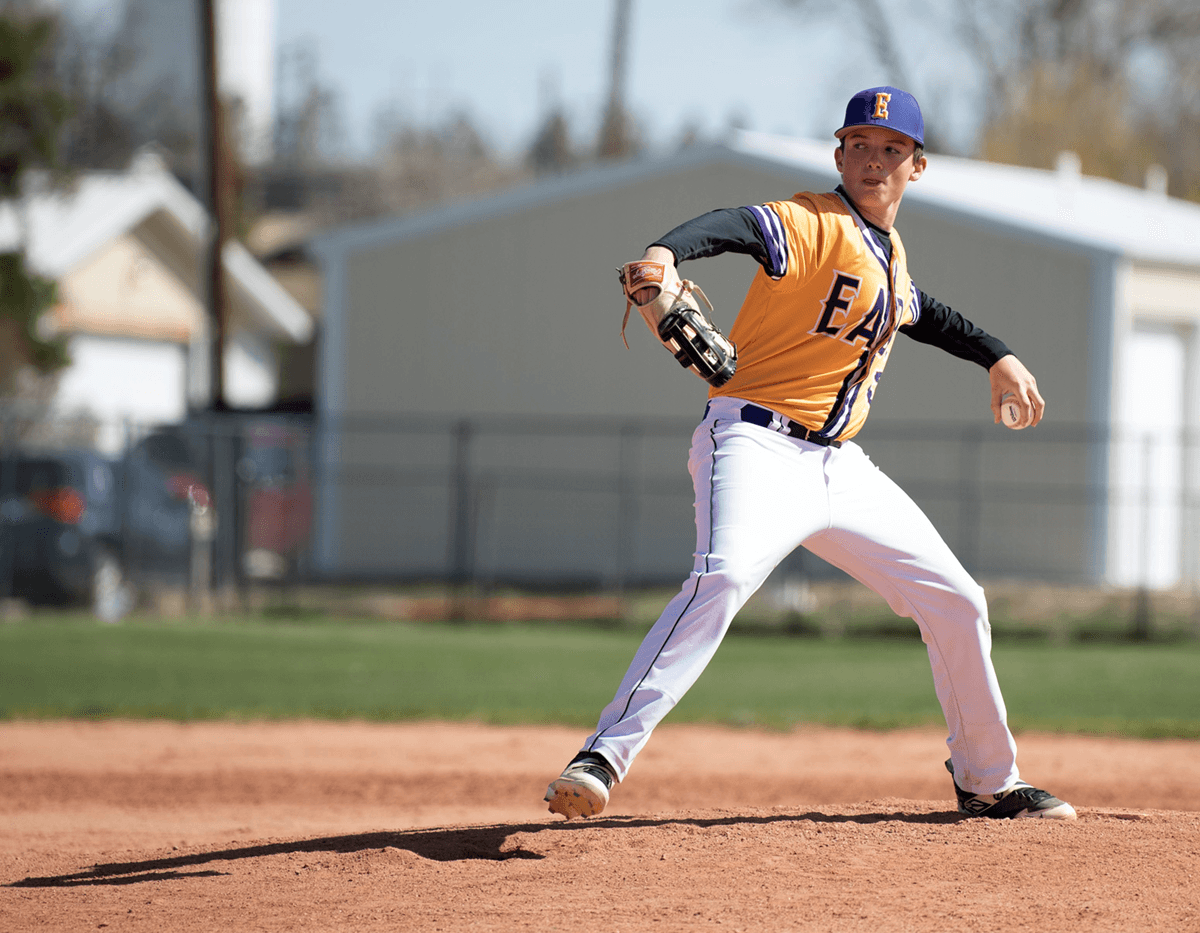 Case Nelson took the loss for Eads against Stratton as the southpaw surrendered nine runs on five hits over five innings, striking out three and walking one.

Despite collecting eight hits in the District 4 first round contest at #4 Stratton, the #5 ranked Eads Eagles fell short to the Eagles from the north, 14-6, and nearly ended their up-and-down season with a 8-8 overall record.

However, due to the strength of their RPI ranking, the Eagles survived the cut and will now play in the first round of the 16-team state tournament. They enter state seeded #14 and will be in a regional tournament with three other teams. In their pod Eads (#14), Holly (#6) and Caliche (#11) will travel to the home site of #3 Evangelical Christian.

On May 14 Eads will play Evangelical Christian with the loser ending their season and the winner advancing to the regional finals. Holly will take on Caliche at the same site. The two winners will be in the Final Four in Denver on May 19.

The main problem for Eads came in the form of errors as they committed 7 throughout the game. That’s too many to win many games.

Eads outhit Stratton eight to seven, but it wasn’t enough as too many runners were stranded and Stratton was able to turn up the heat and win the game late in the contest.

The Eads bunch led early in the game as they scored 2 runs in the top of the first inning when Keenan Smith lit up the scoreboard with a double. Brenden Reifschneider started out the inning by beating out an error on the shortstop. Then with two outs Smith doubled to center field scoring Reifschneider. Freshman Spencer Uhland stepped up and belted out a single fly ball to right field scoring Smith

Eads would score 2 more in the top of the fourth inning when freshman Case Nelson tripled to start the stanza. The next 2 batters struck out and with 2 outs Porter Spady walked. Reifschneider reached on an error by the left fielder resulting in both Nelson and Spady scoring.

Stratton scored five runs in the sixth inning. The offensive onslaught by Stratton was led by Cooper Seaman, Dawson Thompson, Ethan Behnen, Gage Levin, and Tagtmeyer, all knocking in runs in the inning.

The Eagles from Eads continued to battle gaining a run in the top of the sixth when senior Donte Sierra pulled a walk. With two outs AJ Vasquez singled to right field scoring Sierra.

They also added one run in the top of the seventh when senior Cade McDowell walked to start the stanza and then was moved to third base on a Case Nelson single. Sierra then came up and scored McDowell on a fielder’s choice. Nelson was stranded at third.

But that was all as the Eads group could not overcome the offensive onslaught that came from Stratton late in the game.

Seamon led the Stratton to victory on the pitcher’s mound. The fireballer surrendered four runs on five hits over five innings, striking out 12. Thompson threw two innings in relief out of the bullpen.

Ty Wilson came in for one inning of work giving up 2 hits and 5 runs, walking 2 and striking out none.

The Eagles had a number of great performances from the plate.

Sophomore Keenan Smith was 2-for-4 including 1 run, 1 RBI and a double.

AJ Vasquez came through going 2-for-4 with 2 singles and an RBI.

Freshman Spencer Uhland was 2-for-4 with 2 singles and an RBI.

Holly lost their top-billing as they were upset by Cheyenne Wells in the District 4 finals on Saturday, 1-0.