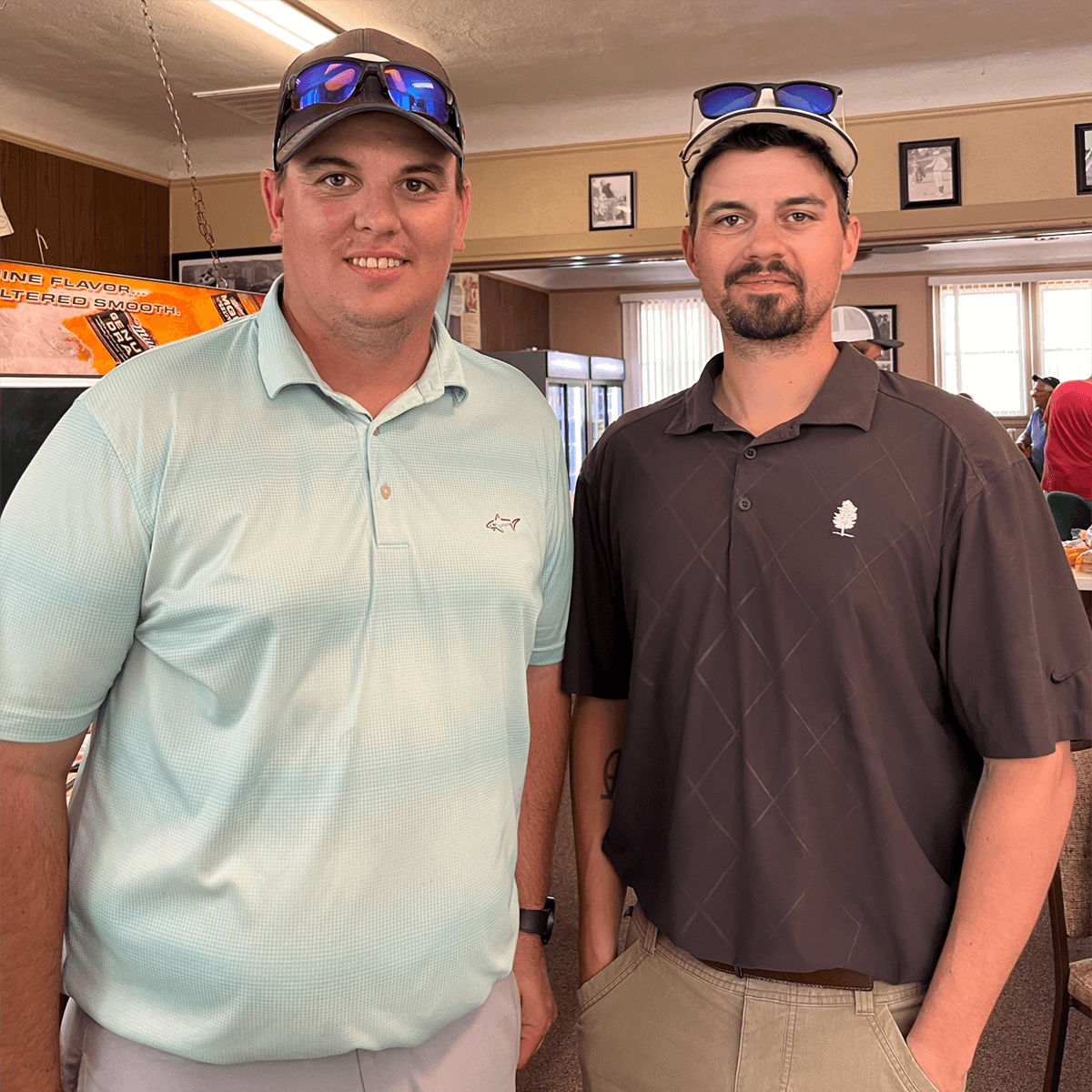 The Eads Golf Course 2-Man Scramble Tournament was won by the team of Josh Swanson and Sean Deanna with a score of -9 under 63 in the 18 holes.

Last weekend was a busy one at the Eads Golf Course as they hosted two separate tournaments involving nearly 50 golfers each day. On Saturday the Man-Woman Scramble Tournament was held featuring 24 teams. (See article in this edition). The next day, on Sunday, the men teamed up for the annual Two-Man-Scramble Tournament. This tournament featured 27 teams this year and some scorching sub-par golf (for non-golf enthusiasts the term “sub-par” is a positive thing).

The tournament consisted of 18 holes of golf with both team players hitting separate balls to start and then taking the best position, or best ball, through the rest of the hole.

The Championship Flight was won by Josh Swanson and Sean Deanna coming in with a -9 under 63 on the day. Swanson was on the team that won this tournament in 2019 and on Sunday he did one stroke better.

The Championship Flight paid off three places with the local duo of Gail Crawford and Ryan Wyatt coming in second place, one stroke back, with a -8 under 64. Third place saw a tie between the teams of Brian Bohlander/Justin McLoud and Eastin/Farmer, a team from Lamar. The locals came through in the playoff as Bohlander and McLoud came in with the final pay with a -6 under 66.

The First Flight was won by the Kit Carson duo of Jason Dechant and Jaxon Crawford finishing with an impressive -5 under 31 on the back nine to register a tough score of -5 under 67 to win the flight. In second place was the Lamar team of Clark & Dieterle one stroke back shooting a -4 under 68. A final -3 under 69 was good enough for third place in the First Flight for the father-son duo of Jim Trahern and Jake Trahern.

The final flight, the Second Flight, was won by Marvin Bohlander and Colby Christie who shot an even par 72 in the 18 holes. They would come from behind shooting a -2 under 34 on the back nine.

In second place was the Eads team of Lonnie Eder and Beatle Koch coming in with a +1 over 73. The final money was won by another Eads team by Loren Patterson and Monte Richardson coming in +2 over 78 on the day.

The next tournament at the Eads Golf Course won’t be until July 16th when the ever popular 2 Man/1 Woman Modified Scramble Tournament will be held.