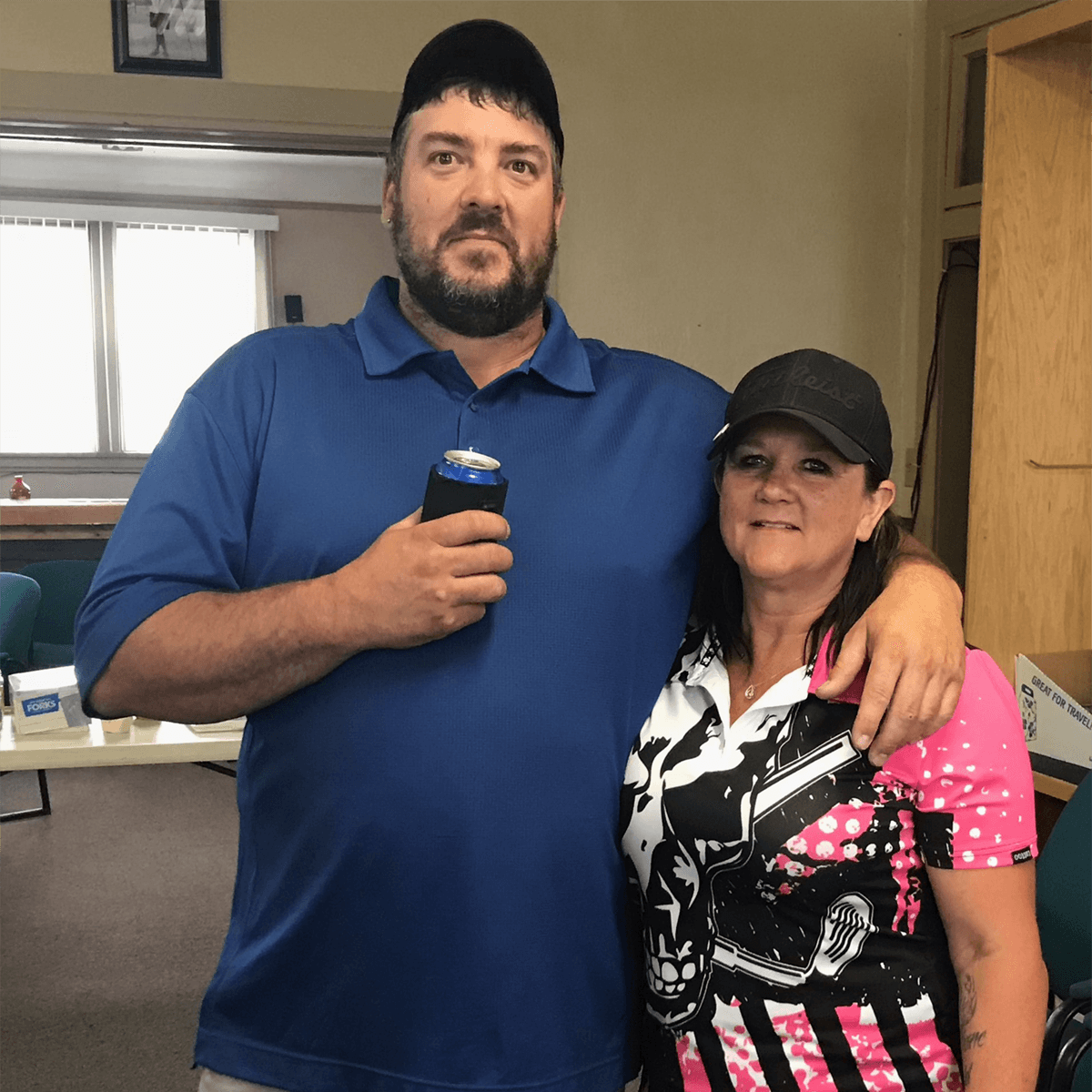 Justin Crow and Lana Mireles won the One-Man-One-Woman Scramble Golf Tournament in Eads on Saturday. The duo came in with a -2 under 70 to win the tournament.

Saturday was a beautiful day for a golf tournament and the Eads Gold Course was the place for the annual One-Man-One-Woman Scramble Tournament. All in there were 24 teams—48 golfers—in this year’s tournament.

The scramble as a team event allows a man and woman to work together in order to shoot the lowest score possible on each hole. Each participant tees off and then the team chooses which ball to hit from there on out.

There were three flights of teams with the first three places paying out.

The tournament was won by the duo of Justin Crow and Lana Mireles from Stratton. The Crow-Mireles team didn’t start well on the front nine of the 18-hole tournament coming in the middle of the pack with a +1 over 37, two strokes behind three other teams in the Championship Flight. However, their back nine was darn impressive as they had the best nine holes of the tournament shooting -3 under 33 for a total score in the tournament of a -2 under 70.

Second place in the Championship Flight went to the always competitive team from Cheyenne Wells, Rex and Bonnie Hyle. The Hyles were tied for the lead with two other teams after the first round coming in with a -1 under 35. However, in their back nine they shot even par 36 leaving them one behind the leaders.

However, the Hyles tied with another Cheyenne Wells team in Quaid Pelton and Kendra Noe who also came in with a -35 on the front nine and an even par 36 in the final nine holes. The Hyles won the playoffs to grab second place, while Pelton-Noe had to settle for a little less pay placing third.

The First Flight was won by Larry McCormick and Julie Witt from the Flagler area. They used a strong second round of +2 over 38 to finish with an +8 over 80 on the day.

In second place in the First Flight was Neal and Connie Richardson from Eads. The Richardsons were one stroke behind McCormick-Witt after the first round and then lost one more stroke in the final nine holes shooting an overall +10 over 82.

The final money spot in the First Flight went to Colby and Tia Christie. The Christies were in the bottom of the First Flight after the first round of nine holes shooting a +8 over 44. But had a tremendous back nine performance bringing home a +3 over 39 to place third in the flight.

The Second Flight winners were all from Eads as Steph Hofmeister and Loren Patterson won the Flight shooting an overall 87 on the day. Coming in two strokes behind Hofmeister-Patterson in second place were Bobby and Jackie Rittgers shooting an 89 in the 18 holes. The final money winners were Dave Wall and Charla Ferris who placed third in the Second Flight with an overall score of 90, one stroke behind Ritters & Rittgers.

The next day, on Sunday, June 5, the annual 2-Man Scramble Tournament was held.

Golfers now have a long wait until mid-July for the next Eads Golf Course Tournament. On Saturday, July 16th the annual 2 Man/1 Woman Modified Scramble is scheduled.