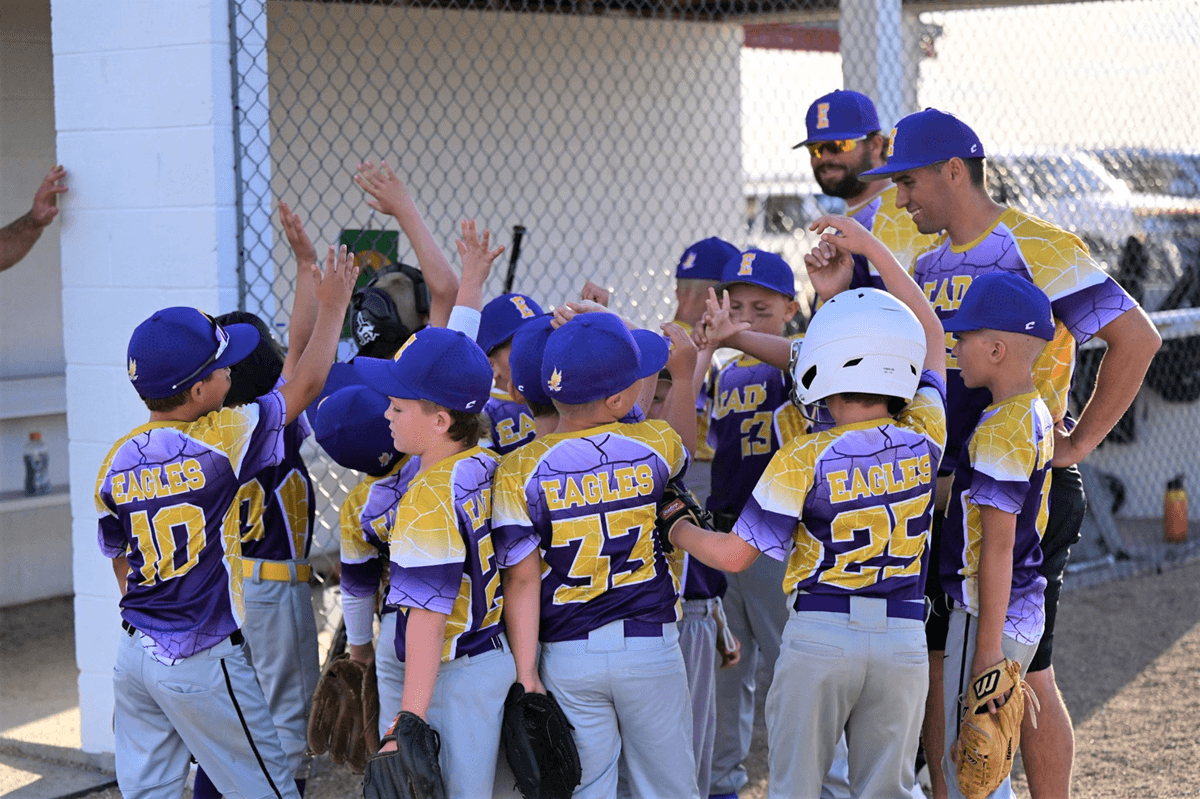 Eads Eagles 8U Team is Undefeated Midway Through the Season

The 8U Eads Baseball team is coached by Kenan Gooden and Jacob Barnes and thus far on the season has defeated all their opponents with a 3-0 record winning games against Wiley (19-4), Granada (13-1) and McClave (11-4). On Monday they begin games against the remaining Lamar teams in the league.

This age group is the first step up from tee ball and they are learning all the rules and skills required to play the great American sport of baseball. The major difference is they hit off a pitching machine and will not start learning to pitch off the mound until they are in the Minors (10U).

Also, the little batters get 5 strikes before they have to sit down, but a strike out is not counted as an out. They will bat through the side unless three outs are made on the field.

Eads is scoring a lot of runs in this league as the coaches are teaching them strong fundamentals including catching, fielding, throwing, hitting and baserunning.

They also learn to play differing positions, but mostly at this level they begin to hone in on the positions they will play when they move up into the minor league.