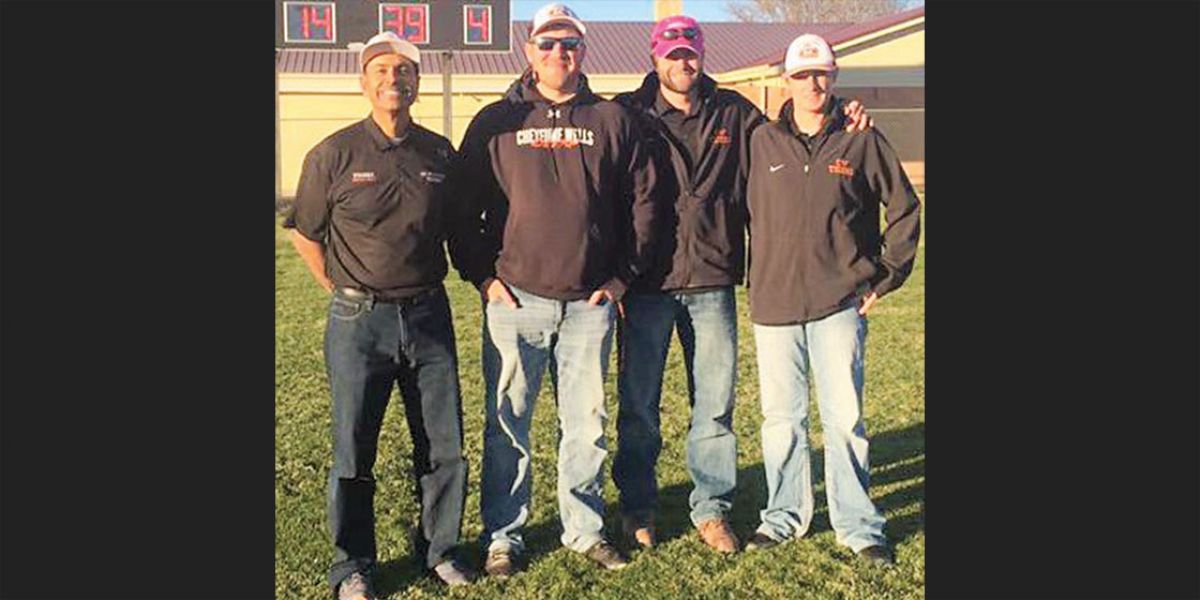 The Indy recently got a chance to talk with former Eads Eagle Garrett Smith about being named Colorado 6-Man Coach of the Year. Smith graduated in 2010 and is now a science teacher and football coach at Cheyenne Wells High School.  Smith was hired in the summer to be the Tigers’ Head Football Coach even though he had never coached at the varsity level.  He believes his knowledge and experience of the game of 6-Man Football helped him get the job.

Smith played for two of the top 6-Man coaches in the state while in high school including Shawn Randel and Dustin Uhland.  “I learned a lot from them and at the beginning of the season I used most of Eads’ plays from past seasons until we developed our own after seeing what our personnel could do.”  Smith also indicates he got important experience from being a part of Eads football including tradition and the belief that being in the playoffs was just simply expected.  For Cheyenne Wells, that expectation wasn’t there as the last time they had made it out of the regular season was in 2010.  According to Smith tradition is a powerful thing.  Then one more blessing was bestowed upon the rookie coach when senior Jaime Huerta moved to Cheyenne Wells from Granada and brought with him a winning mindset developed by legendary coach Manual Gonzales.

Smith then described the first day of practice.  “The boys were gathered and we told them they had a good chance to go a long way.  We asked them where they wanted to go.”  The boys not only committed to the playoffs but went even further shooting for a state championship; something Cheyenne Wells has not done in the 6-Man ranks. The season was a roller coaster ride and the losses to Stratton-Liberty and Eads had Smith struggling and questioning his coaching ability.  But, again, he sat the team down and asked them to commit…”and they did 100%,” according to Smith.  The Tigers didn’t quite get it done, losing to Hi-Plains/Flagler in the state championship.  Smith still believes he could have won that game. 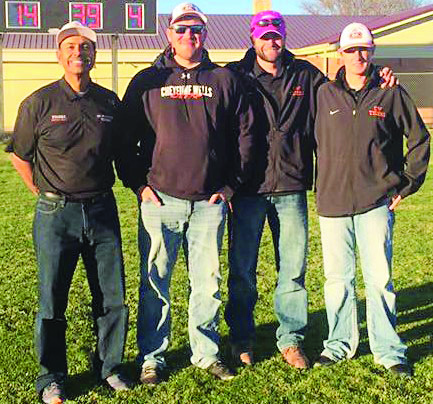 Our conversation then turned to the big controversy brewing in the 6-Man ranks concerning the CHSAANow.com article that questioned the combination of Flagler and Hi-Plains even though each team had enough players of their own to field their own team.  Smith emphasized that Hi-Plains/Flagler won the state championship fair and square and he would never condone taking that away from them.  However, he points out that he hopes CHSAA takes a look at the situation in the future as he is afraid schools will start doing just that thinking it is the formula to a state championship.  He points out that next year, Cheyenne Wells, and really, a number of the schools in this area, are losing a large crop of seniors and will be faced with even smaller numbers than they had this year.  “Next year I should have 9-10 kids and we’ll go for it just like we did this year.”

As our conversation ended, Smith wanted to make sure to mention that this award would not have been bestowed on him if it had not been for the companionship, friendship, and mentorship of his fellow coaches including Carlos Huerta, Blake Pierce, and Trenton Akers.