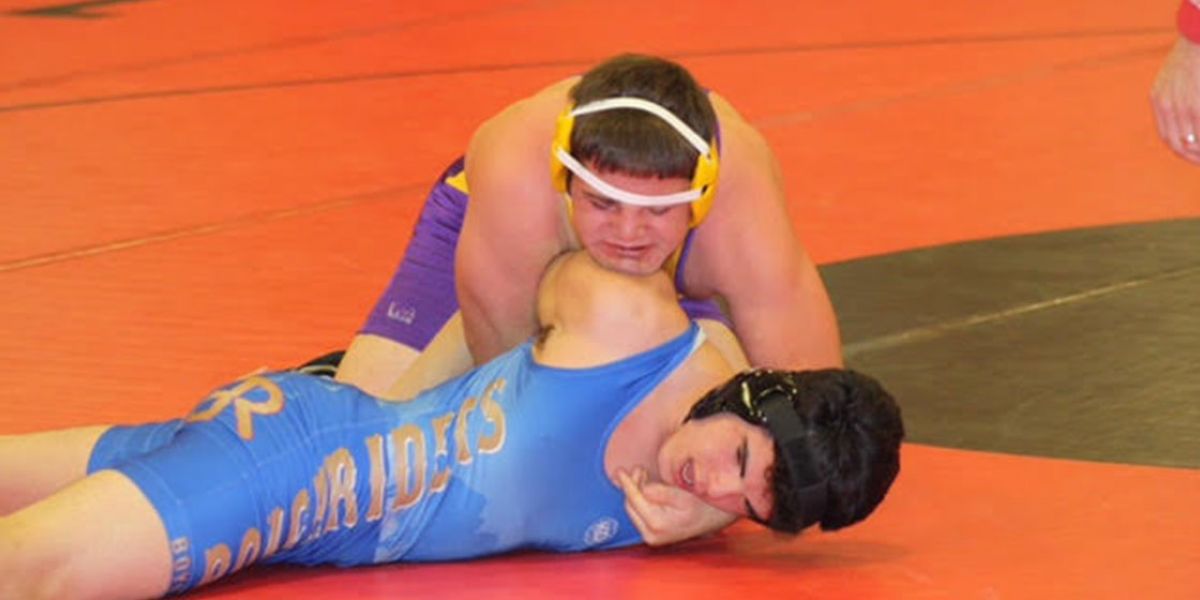 The wrestling for the year 2016 came to an end this past weekend as they had double duty going both Friday and most of the day Saturday.  Action on Friday was right here in the Eads gym as Amarillo Boy’s Ranch, along with Limon and Cheyenne Wells came to get in some matchups to improve on their records.  As it turned out, the upperclassmen tallied up more wins each to their record before going into the Holly Christmas Tournament.

Our Eagle freshman, Ben Splitter had the most matches for the night on Friday and although he didn’t pull off a win the mat time was valuable to his season.  Splitter was pinned by Collin Savage from Amarillo Boy’s Ranch in 1:12; pinned by Sean Trotter also from Boy’s Ranch in 2:40; and Jermiah Cozart from Cheyenne Wells in 0:44. 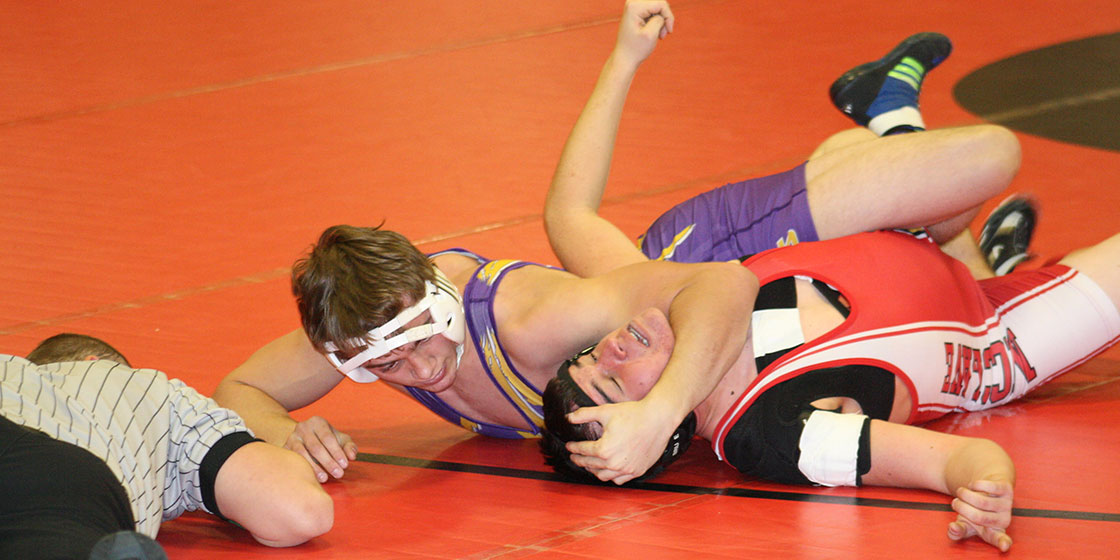 Saturday morning the squad made their way to Holly for early weigh-ins.  The two seniors, Chance Fowler and Rhett Uhland, wrestled their way to the top of the stands at the end of the competition in their individual weight classes.  It was nice to see a little gold hardware come home for the first time this season.

Starting off the tournament was Plainview’s freshman, Ben Splitter, who faced state ranked Holly Wildcat, Brendyn Nordyke and was called pinned in 1:53.  Splitter then faced Levi Hancock from Baca County and the match only lasted a short time as Splitter was awarded the pin in 1:35.  Splitter was in a 3-man round robin and came home with the 2nd place medal.

Trevor Randel had one of his toughest tournaments of the year going up against and pinning Graydon Flint from Holly, in 3:06; pinned Coy Christian from Lakin in 1:08; had a tough match with Bowman Ellis from Baca County but coming up a little short, 10-5; had a major decision over Noah Leon from Greeley County, 14-3; and then came across McClave’s senior, James Steerman falling by pin in 3:13. Randel was in a 6-man round robin and brought home the 3rd place medal.

Chance Fowler had a first round match against McClave’s Teo Dorado, and Fowler managed to pin the Cardinal in 1:47; faced Kyler Smith from Greeley County and came away with the win 1:13; next up was Tyler Eggers from Amarillo Boy’s Ranch, who he had faced the night before and pinned, this time it went again to Fowler but a little longer with a pin in 5:24; last match was against Keith Meeks from Boy’s Ranch who Fowler pinned in 0:41.  Fowler was wrestling in a 5-man round robin and came home with the gold medal for 1st place.

Rhett Uhland had one of his best showings for the year with a first round match against a tough Baca County wrestler, Ethan Hebberd.  Uhland decision Hebberd for the win, 12-4.  Nick Sommer’s from Boy’s Ranch was the next to go down to Uhland with a pin in 1:03.  Uhland then got the fall over Frank Mendoza from Greeley County in 1:03.  Uhland last match was with Dawson Roesch from McClave and Uhland managed a 14-6 major decision.  Uhland was in a 5-man round robin and came home as the tournament champion getting the 1st place medal.

The Eagles will be enjoying their Christmas break and starting back up again on Thursday, January 5, in McClave for a tri-meet and then in Lamar on Saturday for the Savages’ annual tournament.  Be ready to hear good things about these 4 young men in 2017.  Go Eagles!!