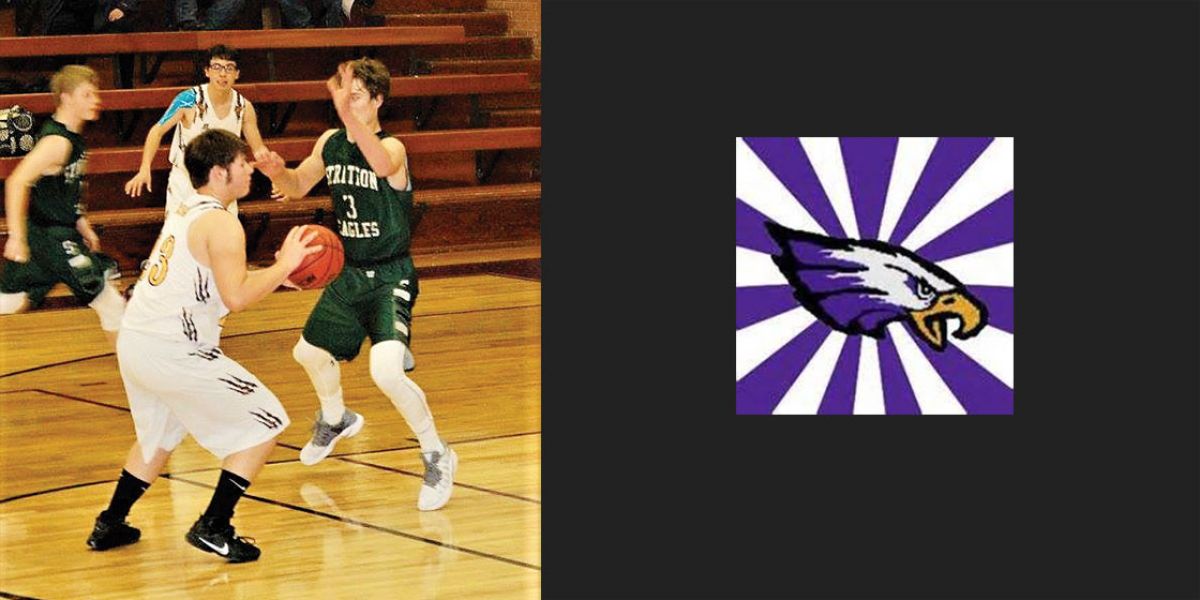 Eads Boys Start Slow, but get Convincing Win Over Stratton-Liberty

It was an up and down start to the middle of the hoops season for the Eads Boys’ team over the weekend, as they didn’t show up to play on Friday night in Cheraw losing a yawner, 50-38.  However, on Saturday night, the Eagles showed some impressive energy and hustle beating a decent Stratton-Liberty team, 70-48.

Eads next travels to Idalia on Friday taking on the Wolves in a game that was an addition the season schedule.  On Saturday night they will host Otis.  Both games start at 4:00 pm and are non-conference games.

The Eads Boys did not bring their usual intensity to the Cheraw game on Friday night as they scored a total of 10 points in the first half, which was ultimately the death blow in the game.  In the first quarter only three jumpers were produced by Eads in the 8 minutes of play.  Going into the second period it just got worse as only junior Damian Hernandez produced any scoring hitting for two field goals.  On the Wolverine side of the scoreboard, Eads did very little to stop two players who produced most of the scoring.  Particularly, the Wolverines’ Keaton Wilson seemed unstoppable hitting for 26 points with 9 points coming in the first half.  Colt Honey contributed 7 points in the first half.  Between the two players, Eads could not figure out how to stop them.  The Eagles dug themselves in a hole they couldn’t come out of trailing at the intermission, 23-10.  While Wilson from Cheraw continued to produce throughout the second half with a three and some much-needed free throws down the stretch when Eads threatened, the Eads boys came out with a very impressive third quarter as they seemed to feel the urgency of their predicament.  The Eagles would score 20 points behind a trey and a deuce, each, from Zach Haase and Stephen Wilson.  Caden Parker would add six counters until he went out of the game with a sprained ankle.  But the third quarter was the shining moment of the game as the scoring went away in the final stanza with only Trey McDowell finding three-point land once, and Fred Turner threw in another three-ball.  Nothing was produced inside during the fourth quarter.

While Cheraw’s Wilson hit for 26 points, Eads had no one in double figures.  Parker would end up with eight points while Wilson added seven more.  Parker led off the board pulling down 11 and also had 2 assists and five blocks on the night.  Haase pulled down 7 rebounds and stole the ball three times.  The one looming stat that said it all about the game was that Eads went 0-for-5 on the free throw line.

With Parker still unable to play with the ankle injury Eads coach Russell Parker had to find a new starting line-up and a way to move his personnel around for the game against Stratton-Liberty.  The group he put on the court played aggressively out of the shoot and put impressive hustle into their performance.  Eads jumped ahead 13-7 after the first quarter as Haase impressed the crowd with his jumping ability that gives him a really nice jump shot and allows him to pull down a lot of boards for Eads.  Fred Turner also showed great effort giving a full out effort for four quarters.  But it would be the second period that impressed the Eads crowd as the team produced 26 points behind Turner’s 12 points, most coming in break-away lay ups that stole the show.  Wilson had a straight with a trey, a deuce, and a free throw in the quarter.  Eads led halfway through the game, 39-20.  Stratton came out strong in the third period putting a full court trap on Wilson, the ball handler, that caused Eads some trouble for a large part of the third period.  As the Knighted-Eagles put strong, aggressive pressure on Eads defensively, they chipped away at the lead.  The Eagles continued to be frustrated, and after a number of turnovers and emotional exchange, Coach Parker called time out pointing out the obvious.  Stratton had come within nine points of tying the ballgame.  However, after the time out, Eads settled in and in the fourth quarter produced 22 more points.  That fourth quarter was probably one of the best quarters Eads has had all year.  Eads would eventually lose Haase and Hernandez to foul trouble, but they came together in the fourth with seven players producing.  Cameron Crow had a great fourth quarter scoring six of his eight points.

Turner had a phenomenal game hitting for 20 points, most of which were hustle points as he created a number of lay ups.  Turner would also have 7 rebounds on the night.  Haase had a phenomenal game getting his first preps varsity double-double hitting for 12 points and pulling down 13 boards.  Wilson scored 12 points, as well, and contributed 7 assists to his teammates.  McDowell quietly and surely scored 10 for Eads.   Crow also had a fine game, particularly in the fourth quarter, getting 12 rebounds and 4 assists.

In JV action, the Eads boys played two quarters against Cheraw and shared the same lackluster play as their varsity counterparts, losing 24-11.  Blake Stoker led with 5 points.  The JV group played three strong quarters against Stratton-Liberty losing by a bucket, 51-49.  Stoker had 18 points while Dillon Hernandez had 13 points, and Jonah Schofield put in 10 more.