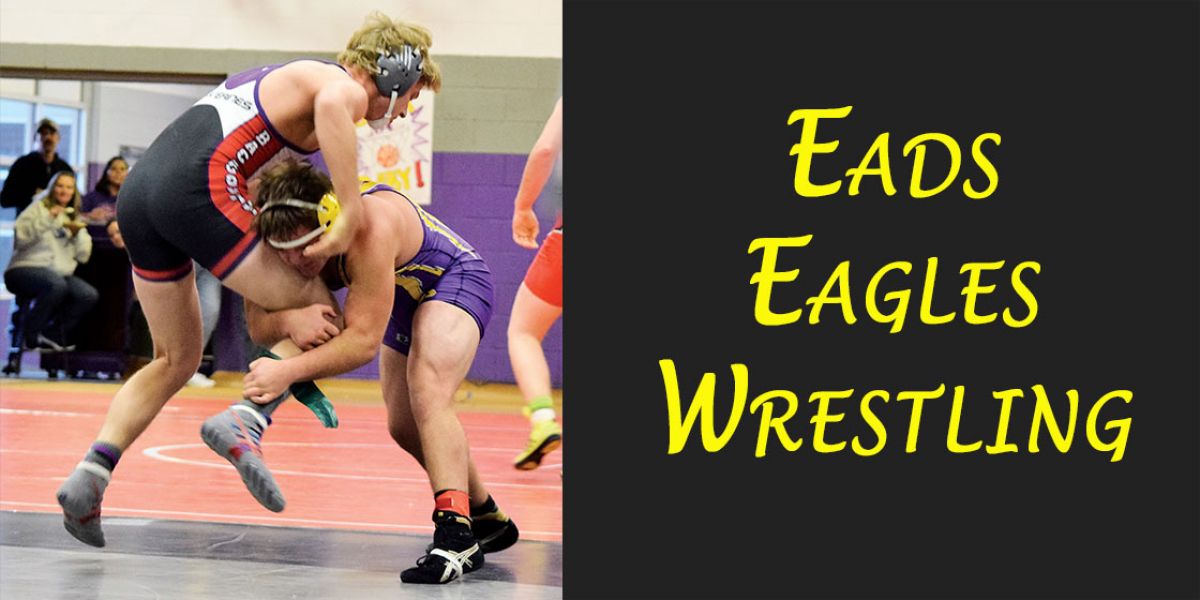 Busy week, but also a hard week for the Eagles as they lost one of their teammates, Chance Fowler, to an injury incurred in practice this last Monday night. At last report he could be out possibly two weeks but we are very hopeful that he will be able to wrestle in our home tournament on the 28th of this month. With that being said the squad also had two events this week getting in some matches in Limon on Thursday and more on Saturday in the Baca County Wrestling Tournament in Walsh.

Baca County action was a little more intense for the upperclassmen as they were going head to head against regional competition with Randel coming off an impressive win over his Baca County opponent and Uhland suffering an overtime loss with his during the Lamar tournament. The tournament had only seven teams competing and six of them being about as small as Eads’. Peyton came loaded with representation in every bracket and several with more than one. 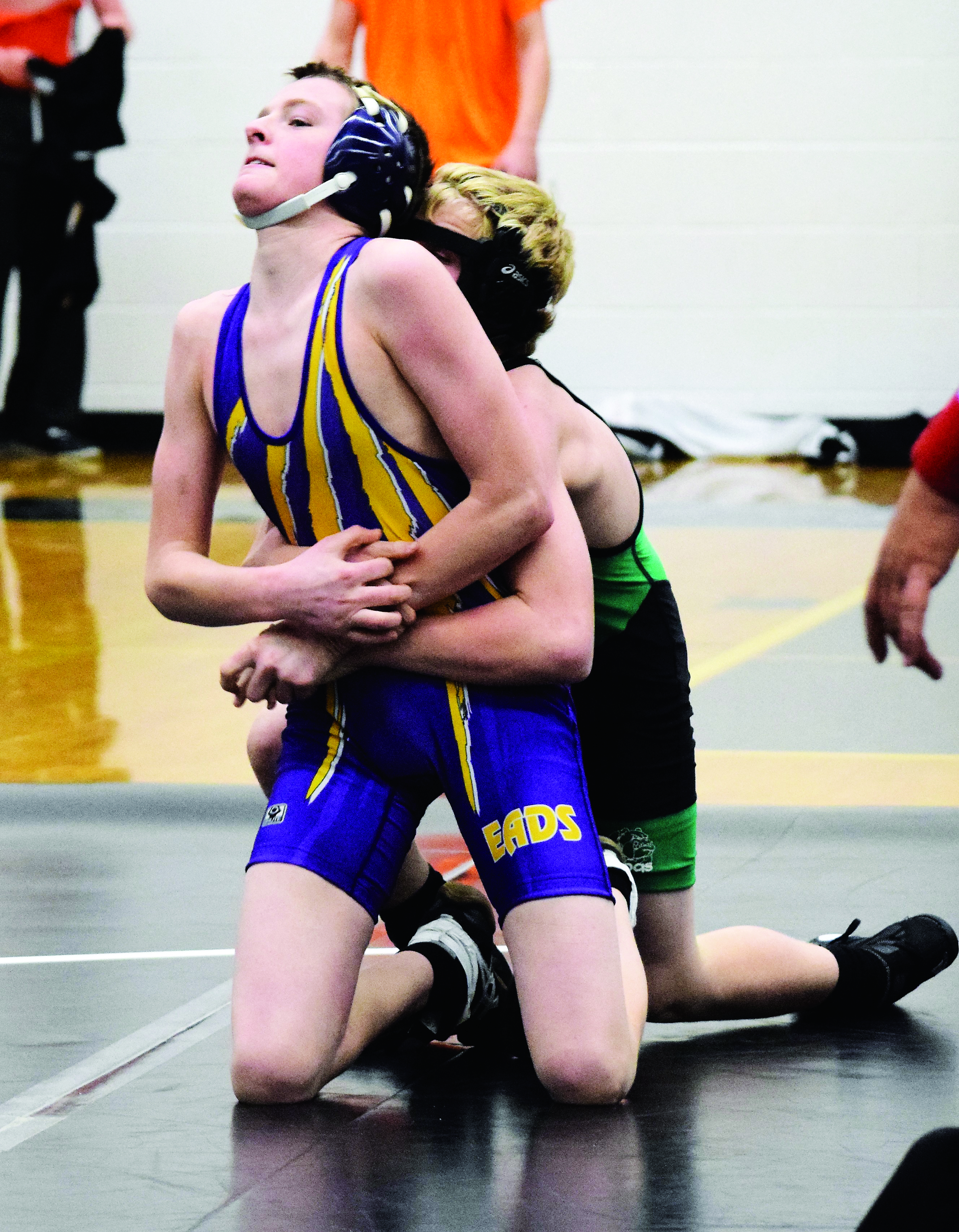 At 120 pounds, Ben Splitter was in a 3-man round robin and ended the day in 3rd place with losses to Colton Murray from Peyton in 0:47, and a technical fall to Brendyn Nordyke, 15-0.

Trevor Randel had the toughest competition as they combined the 145 pound weight class with the 152 pounders and in this Peyton had one 2016 state champion and one tough state qualifier. Randel just wasn’t able to pull off a win but had some exciting moments during some matches. He had a 7-3 decision loss to James Steerman from McClave; lost by pin to Wyatt Lee from Peyton, in 0:46; lost by pin to Britton Holmes from Peyton, in 3:56; and lost by pin to Bowman Ellis from Baca County, in 1:59. It was a hard lesson for Randel but with tough competition comes a tougher wrestler.

Rhett Uhland had a fine performance bringing home the gold in the 170 pound weight class. He was in a 3-man round robin and his first match was a 2:57 pin over Edgar from Peyton. Uhland’s next match was a nail biter against Ethan Hebberd from Baca County. The first two minutes were scoreless. The second two minutes Hebberd got an escape giving him the lead going into the third, 1-0. With choice starting the third, Uhland elected the down position and was able to get a pretty quick reversal for two but was unable to hold Hebberd down giving him an escape point and tying up the match 2-2 at the end of six minutes. Overtime this week it went to Uhland as he scored the sudden death takedown, giving him the 1st place medal.

Eads will make their way to Strasburg on Saturday the 21st for a long day of wrestling and a chance to improve on their individual records. Go Eagles!