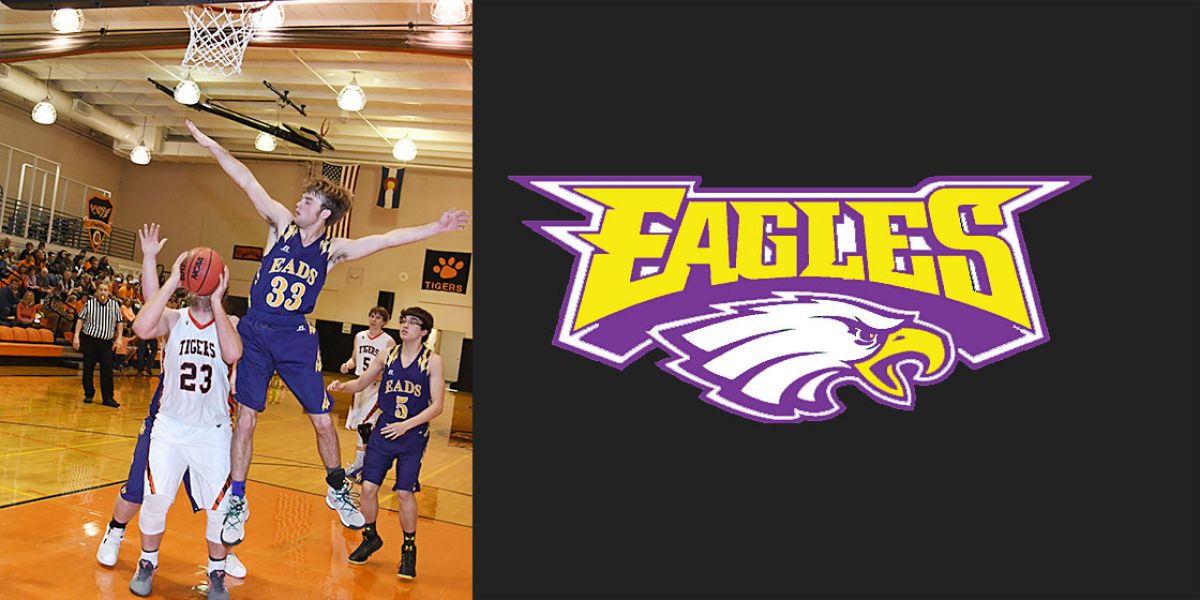 Eads Rebounds Against Granada after Dismal Showing in CW

2017-01-26 03:00:42
Nothing, and I mean nothing, went right for the Eads Eagles on Friday in Cheyenne Wells as they began a weekend of important conference match ups.  Eads would seemingly hand the game to the Tigers losing 78-27.  However, the Purple & Gold rebounded on their own floor on Saturday night as they beat a good Granada Bobcats team, in a barnburner that came down to the free throw line, 62-60. 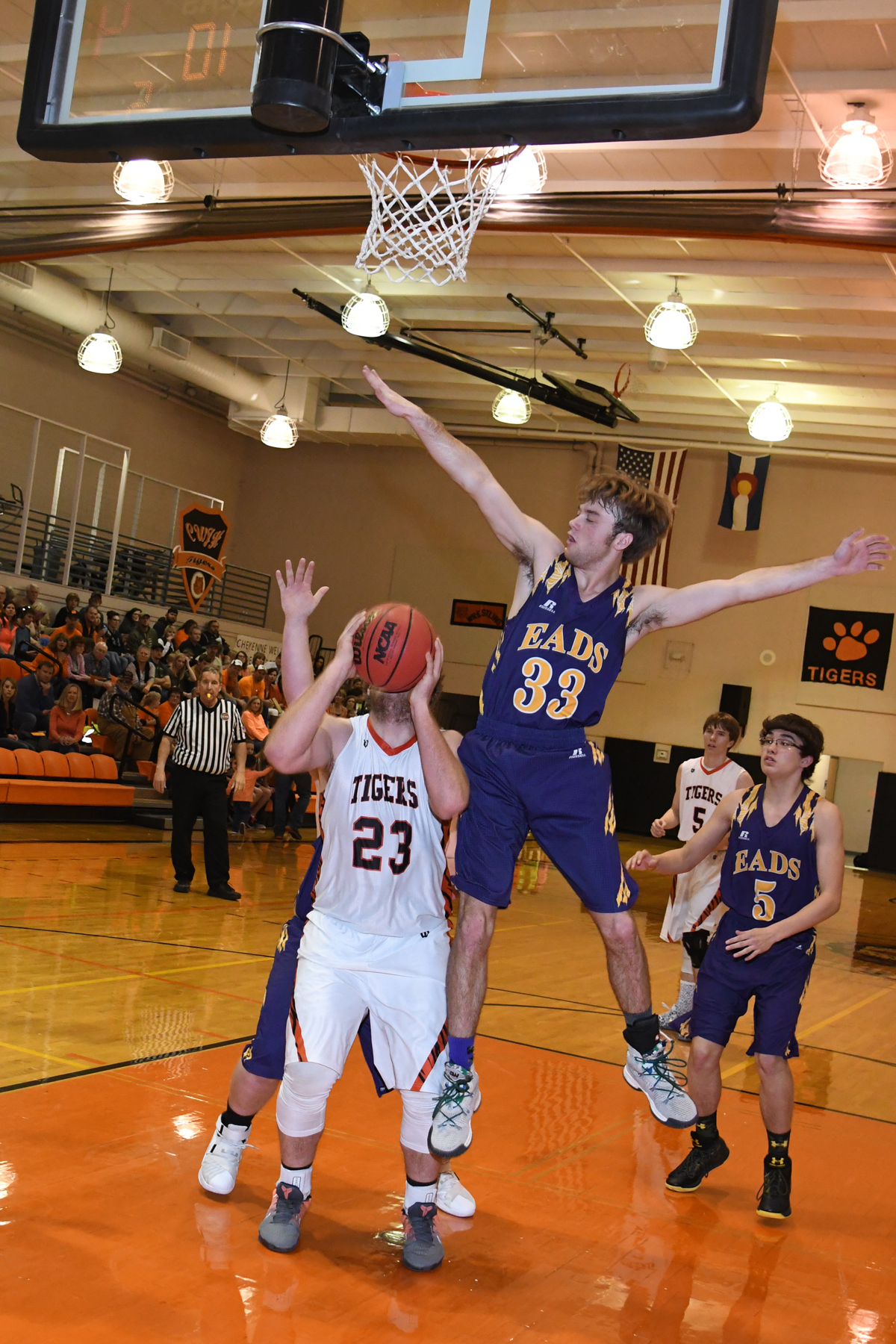 Eads is struggling but holding on and sitting at a 6-6 overall record and are 1-2 in conference.

Cheyenne Wells proved why they were ranked #1 in the state last week as the Tigers clawed and tore at the Eagles from the tip off.  They would score 23 points in the first stanza while the Eagles managed only 5 points including a jumper from senior Fred Turner and another from classmate Stephen Wilson.  Kendall Pelton would do it all for the Tigers as the senior shot and passed his way through the strong start.  He would hit for six points and also find the Tigers’ big guy, Peyton Halde, in the paint for a number of easy buckets.  Things stayed basically the same into the second period as Cheyenne Wells tallied 18 more points from six players against Eads’ less-than-stellar defense, including seven from Wyatt Fischler. By halftime, the Tigers were in complete control leading, and not looking back, 41-9.  Near the end of the half, Zach Haase, another starter for Eads went out of the game for the night.  Eads was short-handed and the Tigers were relentless in their in-your-face defense. 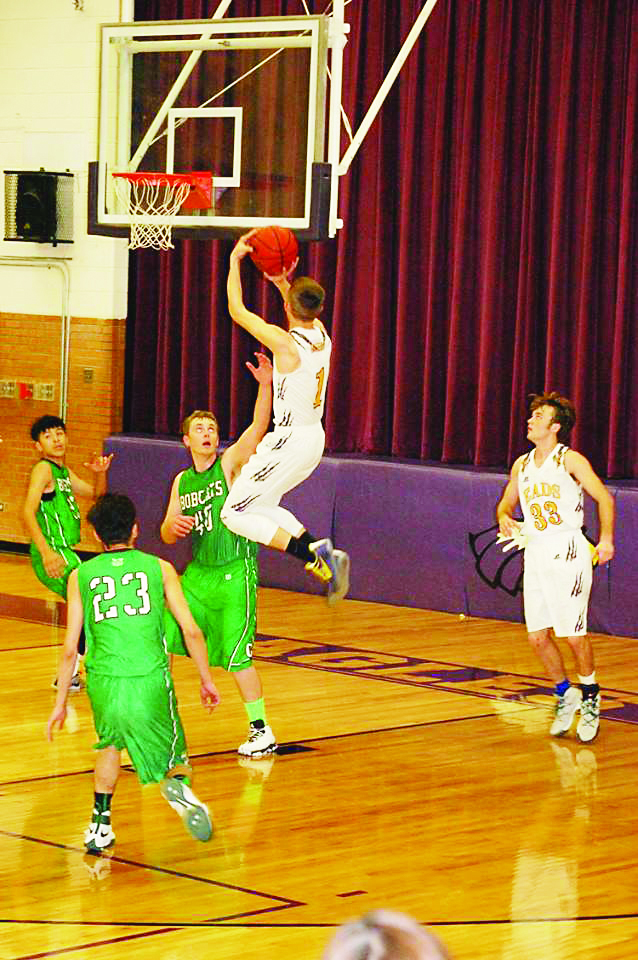 Cheyenne Wells’ head coach Matt Roberts kept his starters in through the third quarter as they continued to run and gun against the lethargic Eagles.  The Tigers would score 28 points in the third quarter alone and Eads would hit for 8, including a couple of three-balls by Wilson.  Pelton, Halde, Fischler, and Quaid Pelton all scored easily and often during the third stanza.  Finally, by the final period, the Cheyenne Wells bench was in which allowed a little bit of relief to Eads.  The Eagle starters played for a few more minutes with Wilson and Trey McDowell doing the only scoring.

Statistically, Cheyenne Wells dominated Eads in every category.  The obvious stat was the 46-19 tally in the rebounding department.  Halde led all scorers with 18 points while Pelton hit for 15 points and had 9 boards, and Fischler added 14 counters and had 5 steals.  For Eads, Wilson would get more than half their points scoring 14, including a couple of downtown shots.  Cameron Crow and McDowell each chipped in 5 points in the disappointing defeat.

On Saturday night Haase was back on the floor for the Eagles.  However, it looked like Eads’ lackluster and no-effort play would continue into Saturday night’s game with Granada as after the first stanza the Bobcats had a huge lead, 18-6.  In that quarter Ryan Koeller hit two of his patented long balls and Tavor Dominic added three jumpers.  Only Turner was able to score for the Eagles as he kept Eads on the board with all six points.  But in the second period the light switch came on and Eagle fans said, “Let there be light!” as Haase used his impressive athleticism to bring the Eagles back into the ball game.  Haase would hit for two long balls and two jumpers while Wilson added a third three-ball and a jumper.  Turner continued to be the workhorse hitting for a couple more jumpers.  Eads would outscore the Bobcats, 23-9, in that second period as the Eagles started boarding and playing hustle defense.  By halftime, Eads had a one possession lead, 29-27. 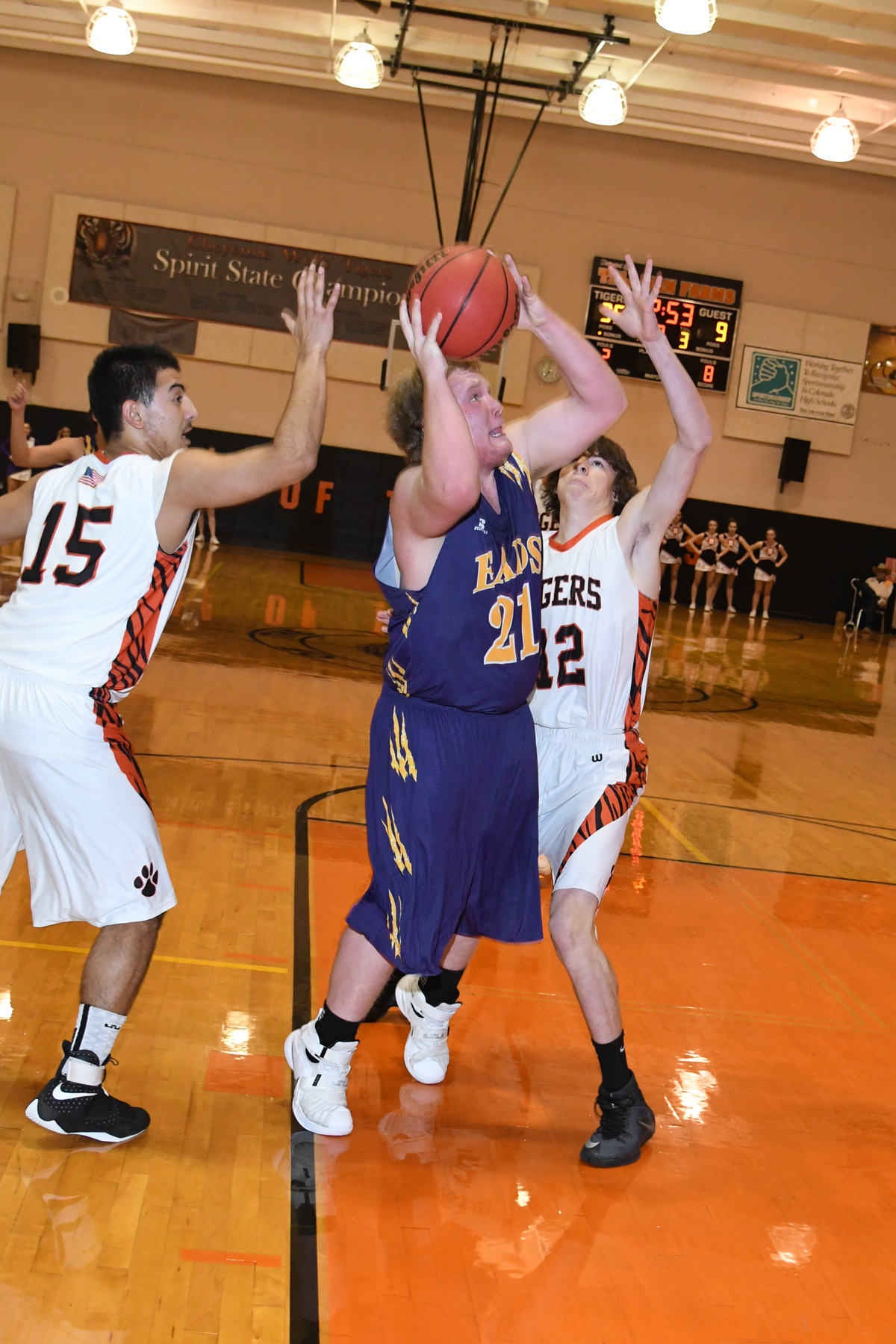 The second half was a barnburner as neither team could gain the advantage.  Turner kept the Eads momentum alive with some hustle lay ups while the Eagles got balanced production from Haase, Wilson, McDowell, and Crow.  For Granada, it continued to be Dominic who Eads struggled to stop as he hit three jumpers in the third.  After three, Eads had a three point lead, 43-40.  The fourth quarter continued to be a back-and-forth affair as both teams strived to have that ever important lead down the two minute stretch.  Every Eads player did their part on both sides of the ball as Granada struggled to control, particularly, Turner and Haase.  On the defensive side of the ball, Eads struggled to control Dominic who did the bulk of the Bobcat scoring in the final period, getting some help from Koeller who hit a couple of field goals.  And, as it often does, the game came down to the free throw line as Granada was forced to foul to stop the clock with Eads with a three point advantage late in the game.  Koeller was fouled by Wilson in the action of shooting a three with one second in the game and Granada trailing by three.  Although he had been solid at the line all night, the senior would only hit one-of-three leaving Granada just short of a tie that would force an OT situation.  Granada would score 20 points to Eads’ 19 in the final exciting quarter of play.

Granada used two good players to carry the team on their shoulders including Dominic who was the high scorer of the game with 25 points, and Koeller who contributed 16 more.  The Bobcats were 14-for-20 from the charity line.

Both Turner and Haase turned in outstanding performances with each having double-doubles on the night.  Turner led Eads with 20 points and 10 rebounds.  Haase brought in 16 points, including a couple of long balls, and pulled down 10 boards.  Crow, too, had a good night hitting for nine points and dishing out 7 assists to his teammates, while Wilson also scored 9, all long balls, and pulled down 8 rebounds.

Eads has a tall order to fill this weekend as they welcome a very tough and dangerous Wiley team, with a 7-4 record, to the Eagle floor.  As of press time, it is not clear when starter Caden Parker will return to the lineup, so the Eagles are going to have to face one of the best big men in the state, Christian Dellamaestra, without their big man.  Then on Friday, Eads travels to Kim for a match up with Kim/Branson, a team that is currently sitting decent at a 5-7 overall record.