The Kit Carson Wildcats hosted the McClave Cardinals for an important district game last Friday. The Wildcats started off strong, jumping to a 5-0 lead in the first few possessions, but McClave answered back and by the end of the quarter it was tied 10-10. Early foul trouble for two KC starters led to a lot of playing time by Jaden McCombs-Farmer and Cordell Farmer, who along with TJ Conaway really stepped up to help the Cats out. By the end of the half it was 24-19 in favor of KC. Solid rebounding by Crawford, Hornung, and Conaway made a big difference in the game; and in the third quarter KC started to pull away, leading 37-27 at the end of the quarter. In the final quarter KC outscored McClave 11-7, and took the win 48-34. 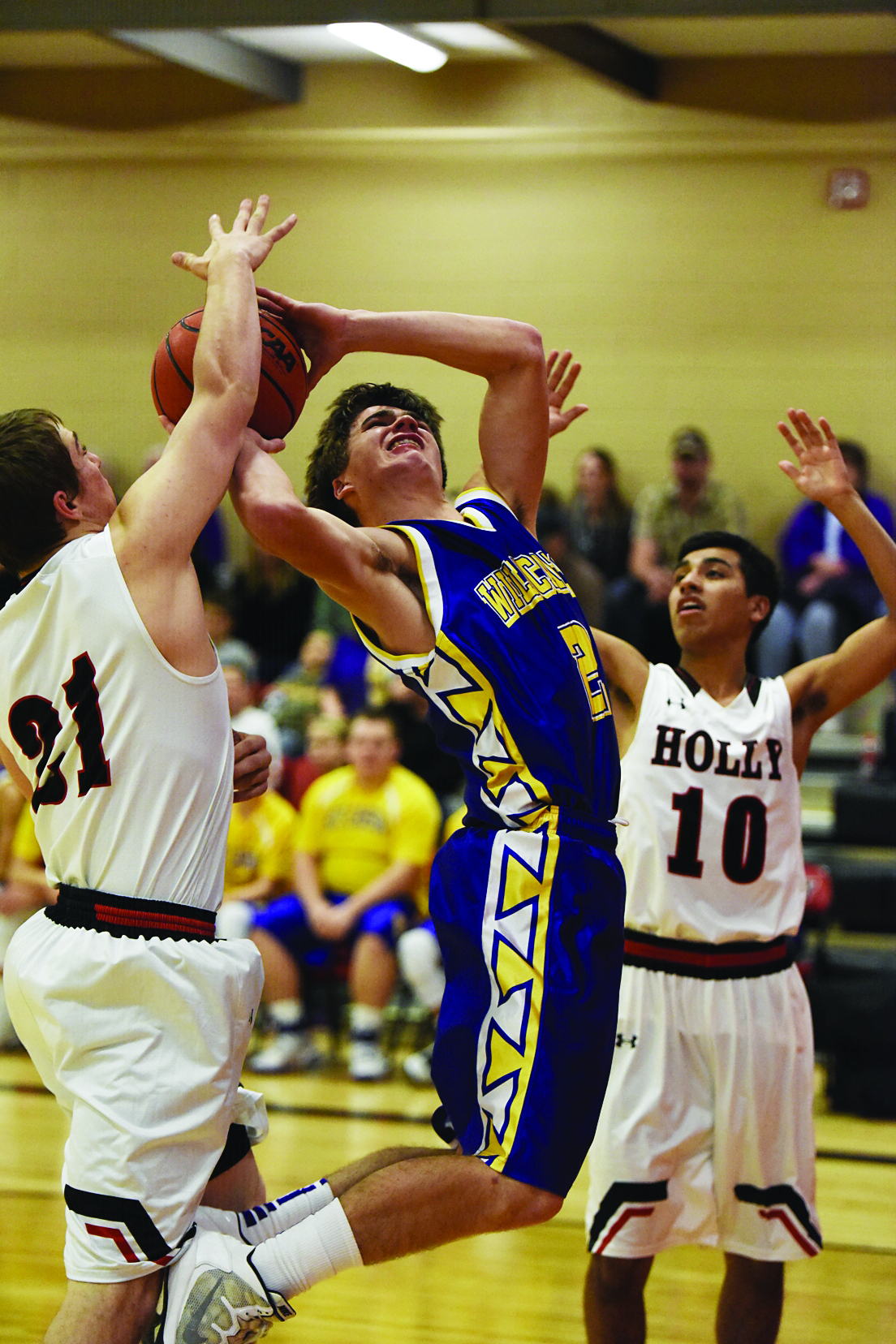 On Saturday the KC Wildcats travelled south to take on the #2 ranked team in the state, the undefeated Holly Wildcats. KC showed up with strong defense, and held Holly to just 33 points in regulation, but unfortunately KC didn’t score more than 33 themselves, and the game went into OT.

In the first quarter KC held a narrow lead over Holly, 8-6, but they stretched that lead at the half 17-11. The third quarter was back and forth as both teams rebounded well and neither got many second chance points. But Holly narrowed the lead; 28-24.  It wasn’t until over half-way through the 4th quarter that Holly finally took the lead 30-29, KC made a bucket and took it back 31-30, and two foul shots extended it for KC; 33-30. But Holly made a behind the arc shot and tied it up 33-33. Neither team was able to take the lead in the final minute, and the game went into OT. Until just under a minute left in OT, neither team had scored. But Holly finally managed to find their shots, and with that the win; 39-33. 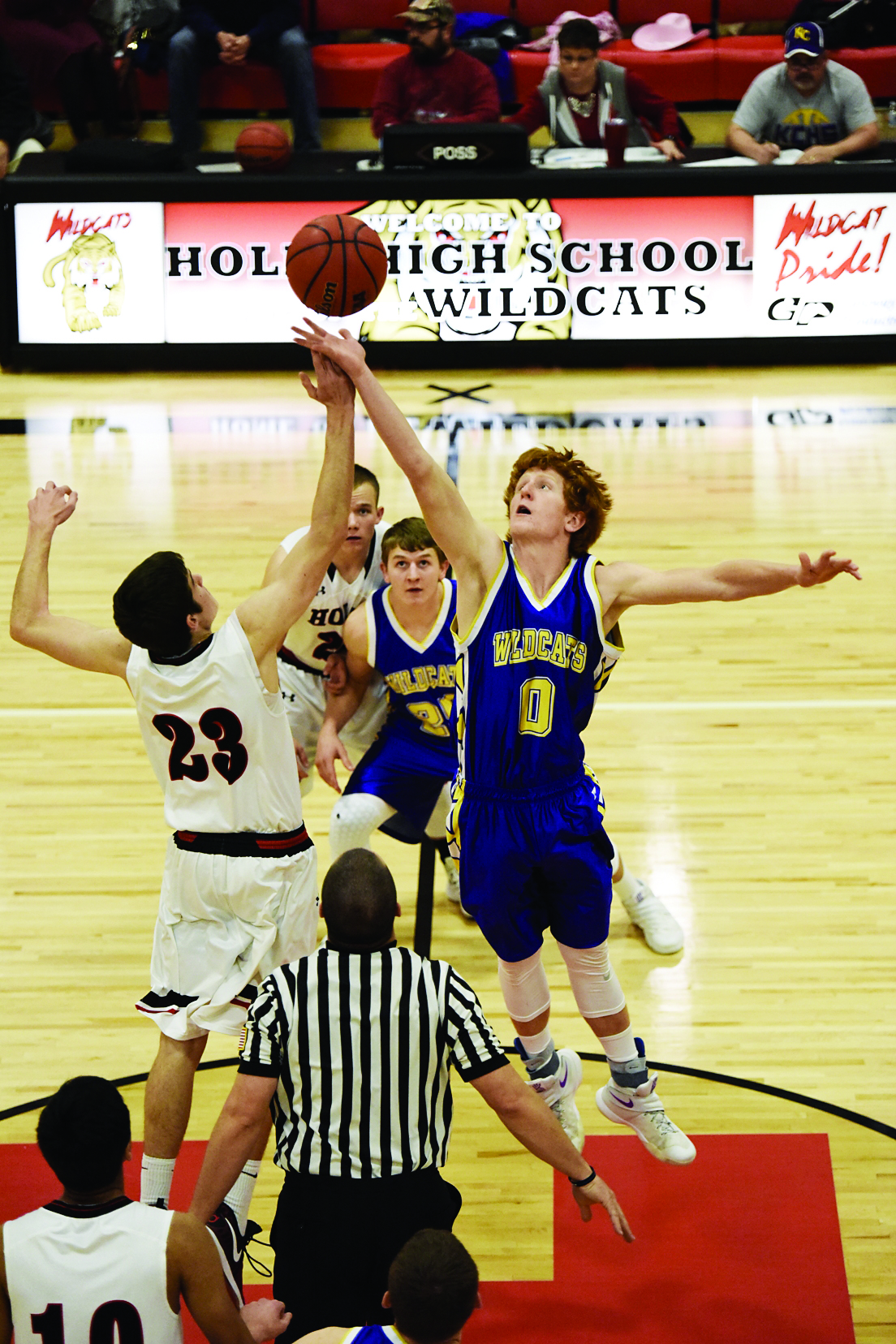 Coach Trahern commented on the win over McClave and the loss to Holly.  “The win over McClave gave us another district win and that was the most important goal of the weekend.  We played good defensively against McClave and held a 4-rebound advantage in the game, both staples for our team to be successful.  We didn’t shoot the ball very well but we executed offensively and had some good looks we just didn’t knock them down.  Our free throw shooting was a little better, shooting 64% for the game, and that was the difference for us in the win.  Against Holly we had our chances and just couldn’t seal the deal.  We played well defensively most of the game with just a couple of key breakdowns at the wrong time and they capitalized on those mistakes.  They only shot 31% for the game but they had 11 offensive rebounds and they turned that into four points in regulation.  Those were costly in the final outcome.  We didn’t shoot the ball very well in an extremely physical game but went 5 of 8 from the free throw line.  We certainly had our chances down the stretch but didn’t execute very well on our last two possessions of regulation and most of the overtime.”

“I like where we are at with 9 games to go.  We have made steady improvement since the holiday tournament.  There has been a fine line between winning and losing for us this year.  With two overtime losses and one loss by four points we have to get better at closing out games.  The next nine games will be fun to watch and see how much we can improve before the district tournament.  We have a lot of quality opponents coming up and that will only help us get better as post season gets closer.”

Kit Carson travels to Stratton this Thursday and then faces Bethune and Springfield at home on Friday and Saturday.