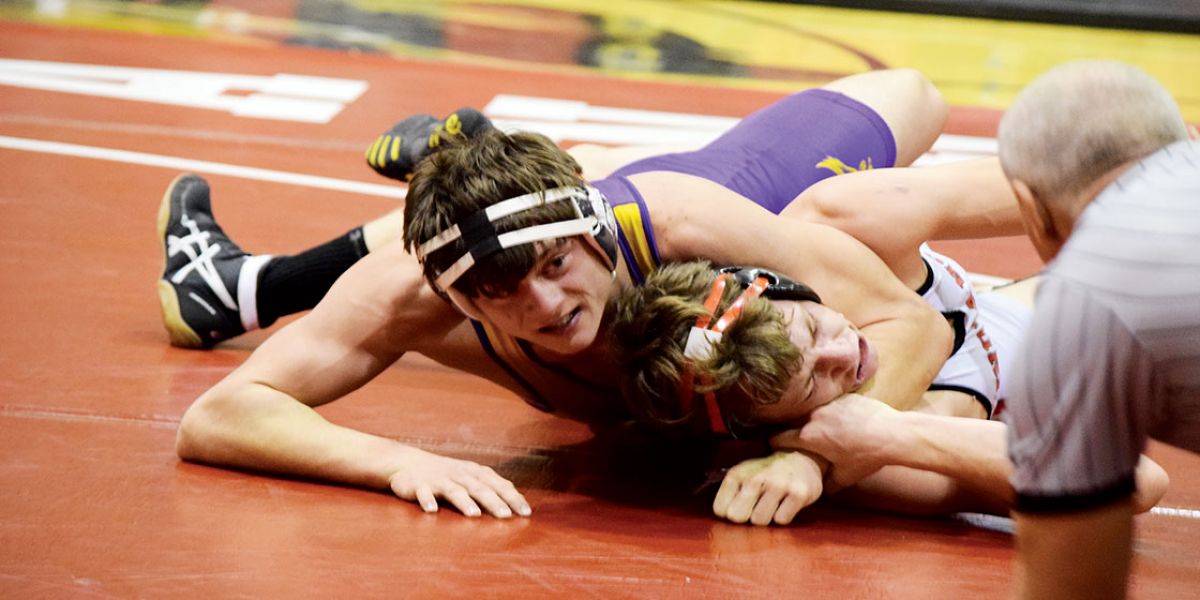 The dreaded Strasburg tournament.  Can I say I have never really cared for this tournament.  When we first started attending this one it was held in 2 gyms and while you were going to one gym one of your wrestlers was wrestling in another gym and you ended up missing most of the matches.  Then they would spot light the finals which was a nice idea for the wrestlers but for the spectators it made it hard to see anything but shadows.  Fast forward to today, only wrestle in one gym due to lack of numbers and the wrestlers prepare as they call them for the next available mat and it ends up being 4 or maybe 6 matches down the road.  It also doesn’t help when the roads are icy and the fog makes it harder to see as you drive the 2 plus hours to get there, but we all arrived safe and for that I am grateful.  Nevertheless, I do enjoy watching our wrestlers do what they do, so I remind myself that Strasburg does the best they can as any tournament does and I should be more positive with my thoughts.  Now let’s get to the results for the day. 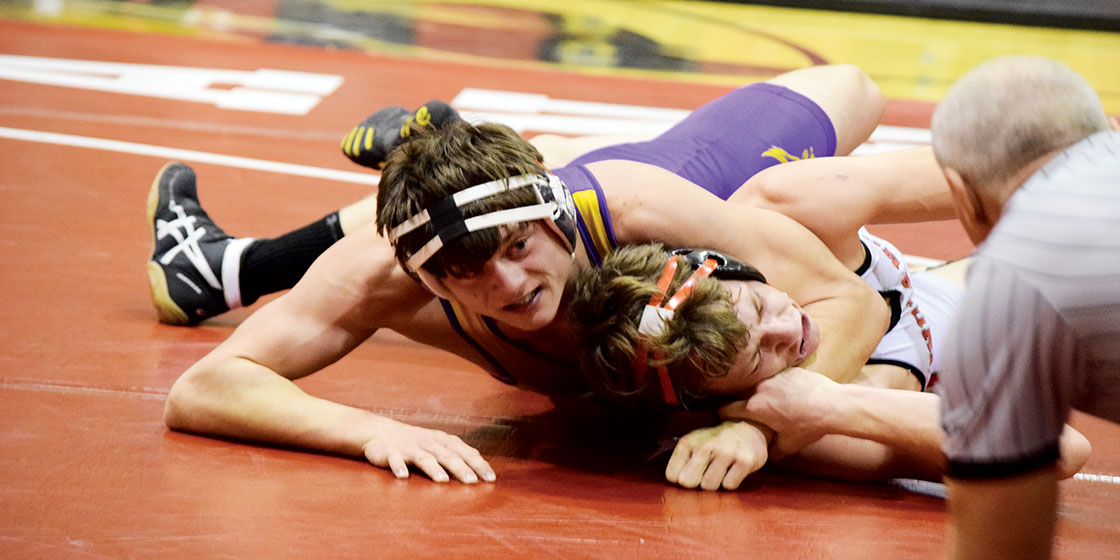 Ben Splitter competed in a 3-man round robin bracket and lost by fall twice; once to Pacen Whited from Sterling in 0:58 and next to Jed Richards from Platte Canyon in 1:11.  Strasburg did give out 3 award places and Splitter did get the 3rd place medal for the day.

It was a sweet comeback this week for Trevor Randel as he was bouncing back from a tough Baca County Tournament the previous weekend.  In his 152 pound, 8-man bracket, Randel was quick to get a pin in 0:28 during his first match against Devie from Sterling.  Next up, leading by 10 points in the 2nd period, Randel finished strong with a pin over Brandon Pohlman from Strasburg in 2:56.   Randel’s championship match was head to head with McMahen, an 18-4 senior from Platte Canyon.  Leading 7-1 in the 3rd period, Randel decided he had wrestled long enough and turned McMahen to his back, the ref slapped the mat and it was over in 4:26. Randel went 3-0 for the day getting 1st place in his bracket and brought home the gold hardware.

Rhett Uhland at 170 pounds was competing in a 5-man round robin bracket.  Uhland’s first match went 6 minutes with Ramey from Merino.  Uhland got things all tied up early in the 3rd period with an escape but gave up a takedown and two back points before the final buzzer, losing 5-1.  Prelle from Sterling was next on the mat with Uhland and after a first period dance off, Uhland chose to start down in referee’s position to start the 2nd.  He got a quick escape but Prelle countered with a takedown and put our Eagle flat on his back for a pin in 2:30.  Byer’s Evan States was Uhland’s next opponent.  Both wrestlers found themselves in a battle of guts as States suffered maybe what appeared to be a dislocated thumb as the wrestlers fell to the mat and moments later Uhland rolled his ankle trying to escape.  With States favoring his right hand and Uhland limping for the remainder of the match, the final period only produced an escape by Uhland and he had won the match, 3-1.  Uhland had one more match for the day going against Still from Strasburg.  It was Still that got the pin in 3:07.

The Eagles will be home this weekend hosting area schools and hopefully getting in some exciting matches.  Chance Fowler should also be back on the mat after recuperating from an injury for the last 2 weeks.  Action is scheduled to begin at 9:00 a.m.  Go Eagles! 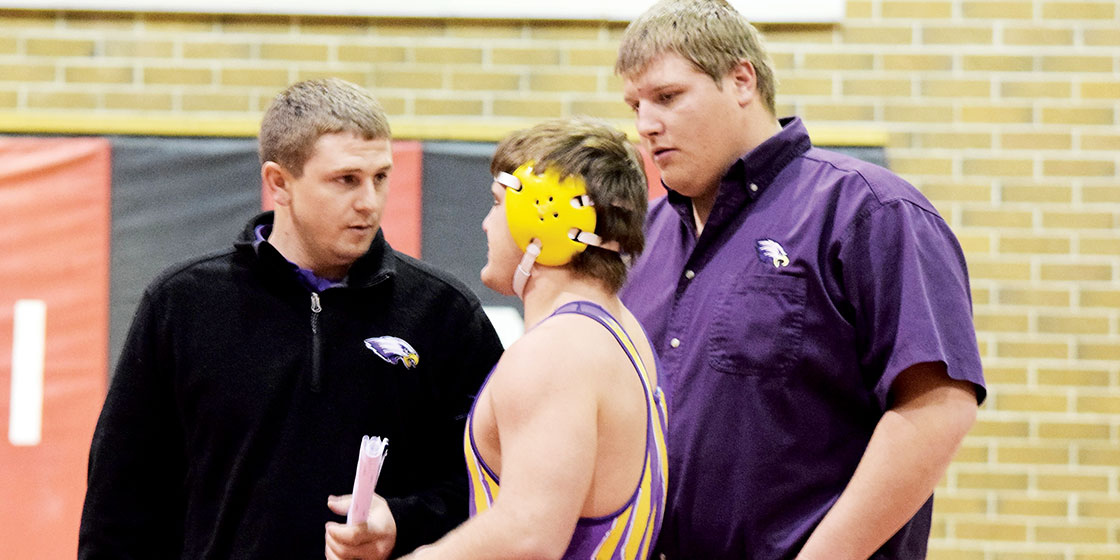