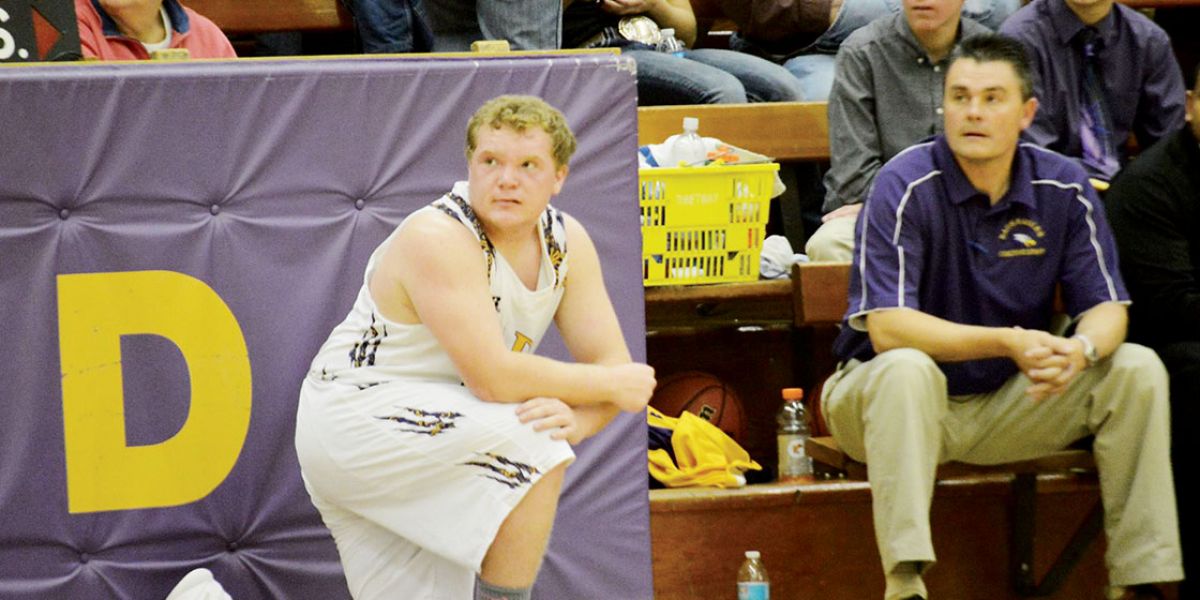 Eads Loses Another Starter to Injury

It was another long, very long, weekend for the Eads Boys’ Basketball team as they lost twice bringing their overall record to the losing side at 6-8.  On Thursday, they were completely pounded at home by Wiley, 73-30.  Eads then traveled way down south to take on the Kim/Branson group and lost for a second night in a row, 60-44.

The Eads boys have now lost 6 of the first 8 games since coming back from the break and are quickly approaching the end of the regular season.  They now have two starters, senior Caden Parker and junior Zach Haase, sitting on the bench with injured ankles and at the same time have two big games at home next weekend including Kit Carson on Friday and Holly (#2 state ranking) on Saturday.  At press time it appears Parker and Haase may try to play, but nothing has been confirmed.

On Thursday night in Eads, the Wiley Panthers, coached by Randy Wilson, came out strong and never looked back as they outscored Eads in every quarter.  The first quarter was a nightmare for the Eagles as the Panthers’ big man Christian Dellamaestra controlled the inside paint and senior Colton Reed carried Wiley by hitting three field goals and two free throws in the first period.  Only Fred Turner for Eads was able to put any production in the book with two jumpers.  After the first period, Eads was in a deep hole, 17-4.  And it just got worse for Eads as their effortless defense allowed Wiley to score at will.  The Eagles absolutely had no answer to Dellamaestra in the second and third periods as he scored 18 points with seemingly little effort.  In the second period Wiley outscored Eads 21-5 behind three longs balls and Dellamaestra’s inside game.  Stephen Wilson would hit the first of his four three-balls in the second period and Turner continued to hustle getting another jumper to go down.  By halftime, the game was all but over with Wiley leading 38-9.  It would only be the third period where Eads showed a little effort and played decent defense.  While Wilson hit three more downtown shots, his teammates would shut down most of the Panthers except the big guy, Dellamaestra, who would not be stopped.  We also saw a freshman in Lawrence Lucero show he can hit the long ball for Wiley as he hit 5 in the game.

Dellamaestra led all scorers with 18 points while Lucero hit for 17 and Reed for 15 more.  For Eads, Wilson led the Eagle scoring with 14 points.  Turner was the work horse for Eads hitting for 8 points.  He also pulled down 5 rebounds and had 3 steals.  Junior Damian Hernandez had 5 rebounds, 3 assists, and 3 steals.  Finally, junior Trey McDowell, who had to take up the slack when Haase was injured in the second quarter, added 5 rebounds to the Eagles’ 23 board tally. 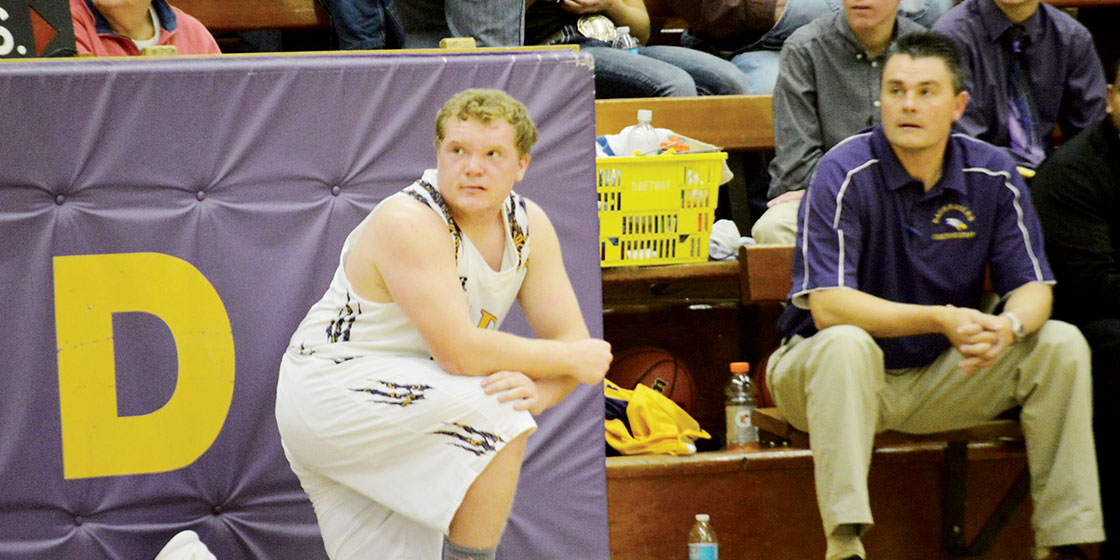 After the difficult game with Wiley, Eads was forced to play without the services of Haase, leaving them without two starters.  The Eagles played a good first half only trailing by a single point 24-25 at halftime.  In the first period, senior Cameron Crow hit for three jumpers.  Eads would lead 11-10 after one period.  The Kim group got into the groove of the game and Eads showed some fatigue late in the second period.  Sean Doherty hit a three-ball and a jumper to pace the southern team in the second while Crow and Turner pushed Eads through to a one-point deficient.  But it would be an absolutely dismal third quarter that lost this game for Eads.  Their defense allowed six players to score 18 points from Kim including a long ball by Cesar Gonzalez.  Offensively, only Crow and Turner did anything in the third, as Crow hit a bucket and Turner added a couple field goals and was one-for-two from the charity line.  By the end of the third, the game was for all intents and purposes lost for Eads, 43-31.  Although Turner and Crow continued to valiantly battle, and Eads got a little spark from sophomore guard Blake Stoker’s fourth quarter three-ball, the Eagles couldn’t come back into the game as they allowed it to get away from them.

It was definitely a disappointing outcome for the Eagles as they can play much better than the outcome showed.  Turner led Eads with 17 points and had four assists and 3 steals on the night.  Crow had 16 points and 3 assists.  Hernandez had another good game as the workhorse getting 8 boards and dishing two times.  Unfortunately, one telling stat that hurt the Eagles was the 19 turnovers against Kim/Branson.

Hopefully, a full week of practice will help the Eagles get things back together as this is a good team that has a lot of potential.  It’s a team that can beat anyone on a given night if they put all their effort into the game.  They’ll have to find themselves very quick as they have a huge weekend in front of them.  On Friday they host rivals Kit Carson in Eads, and then will have to take on the #2 ranked team in the state, Holly, on Saturday.  The Carson game is a conference game and a big one to win as the season quickly comes down to the district tournament.