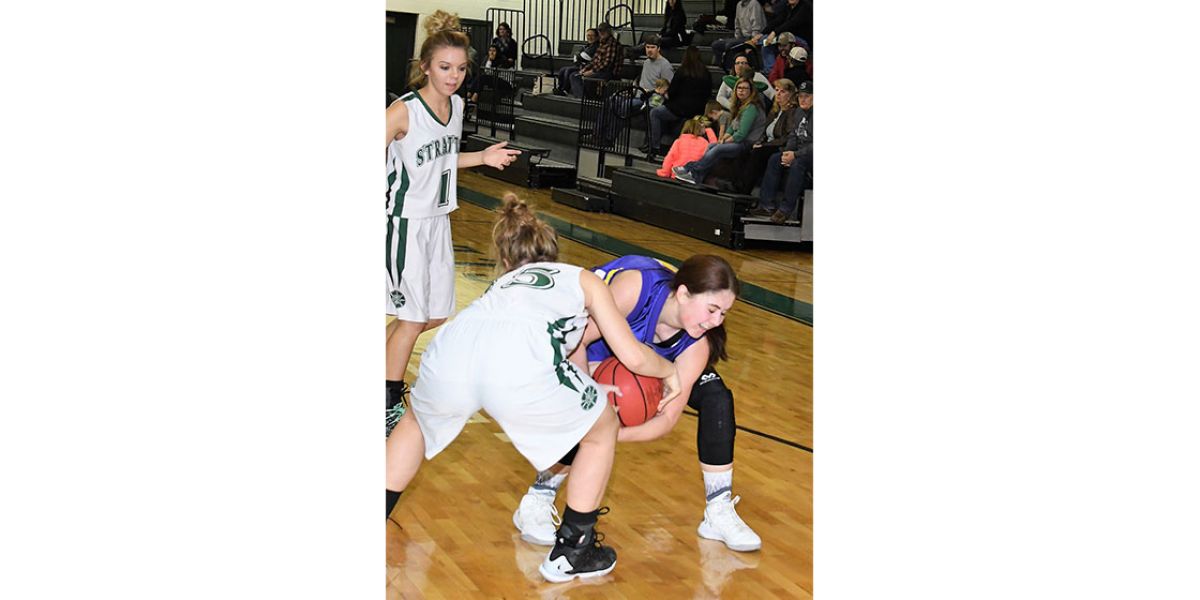 This past week was packed with basketball action for the Kit Carson Lady Wildcats.  The Cats hit the hard wood on Thursday night as they traveled to Stratton to take on the Knighted Eagles.  It was obvious that defense was a key goal.  They would only allow the opponents to score 7 points the first half; 24 points for the game.  Using their prowess in the paint, the purple and gold ripped down 26 rebounds on the night, 17 of which were defensive.  Offensively, everyone on the team did their part.  Impressive from the line, the Cats shot 71 percent, their best of the season.  Two Kit Carson athletes scored double figures including Reyna Isenbart (14 points) and Micayla Isenbart (12 points).  Tess Hornung and Haley Johnson each contributed 9 points, while Olivia Isenbart put in 8 points.  Senior leader, Shayla Bogenhagen made sure her teammates had the ball to score as she dished 6 assists to aide her team to victory.  With a final score of 63-24, the Lady Wildcats were on their way to a successful stretch of basketball skirmish. 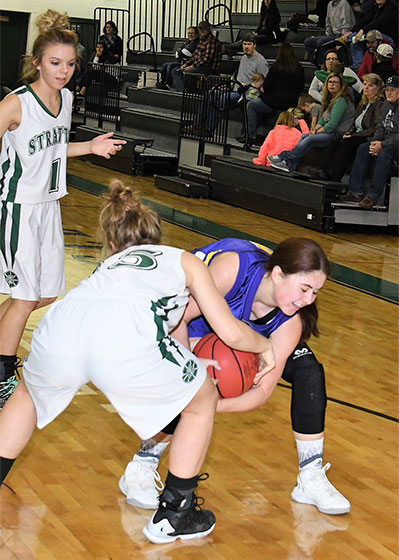 That action moved flawlessly into Friday night when Kit Carson took on the Bethune Bobcats at home.  On this night, they would allow one more point defensively (25), but would hold the Bobcats to single digits in every quarter.  Tess Hornung protected the paint with diligent play, as she had top honors in the steal category with 7.  As customary, the win against Bethune would be a total team effort with every Wildcat contributing to the final score.  Four Cats scored double digits including O. Isenbart (17 points), T. Hornung and McKenzie Smith each had 13 points, R. Isenbart had a career first double-double with 11 points and 14 rebounds, Emily Weber and H. Johnson scored 6 points each, Bogenhagen and Paige Johnson put up 5 points each, and M. Isenbart and Josie Hornung supplied 2 more to give a final team score of 82 points.  Aggressively getting the ball to her teammates, M. Isenbart led the team in assists as she passed 7 to her peers.  With this great team effort, the Kit Carson Lady Wildcats ended the evening with a win, as they knocked off the Bobcats 82-25. 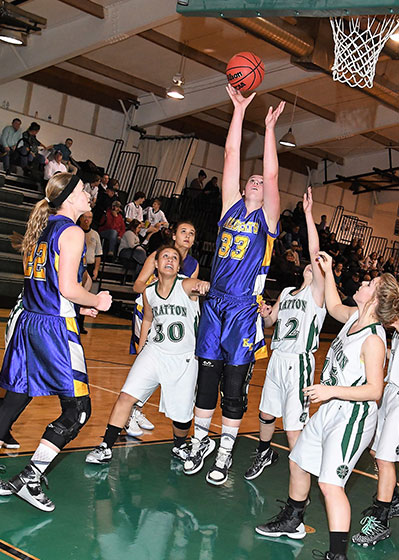 Saturday night concluded this wild week of wacky round ball with a match up against the injury-riddled Springfield Longhorns, who had to play without one of their big girls due to an injury.  The game would start out with another defensive show from the Wildcats.  They would keep the Longhorns scoreless the first quarter and would only allow 27 points to be scored on the night.  Peppered with 18 turnovers, the Kit Carson Wildcats made a collective effort to protect the paint:  T. Hornung ripped down 7 boards, while O. Isenbart added 5 rebounds and were the leaders inside.  With help from R. Isenbart with 4 boards, Bogenhagen, Smith, and M. Isenbart would all pull down 3 to help in the protection.  Bogenhagen and M. Isenbart made sure their teammates all had a piece of the action, while Smith grabbed 5 steals from the hands of Springfield.  This final game of the three-game streak would find the Kit Carson Wildcats successful with a final score of 48-27.

This week the basketball action gets interesting as two important and exciting match ups are on the schedule.  Friday night the Wildcats will travel to Eads in a district seeding game, with both teams playing some impressive round ball.  Saturday, the purple and gold will head to Fleming and wrangle with the green and black Wildcats.  With both teams being in the top 10 rankings, this will be exciting night of high school hoop action.  The Lady Cats hope you can join them as they continue their journey to achievement.