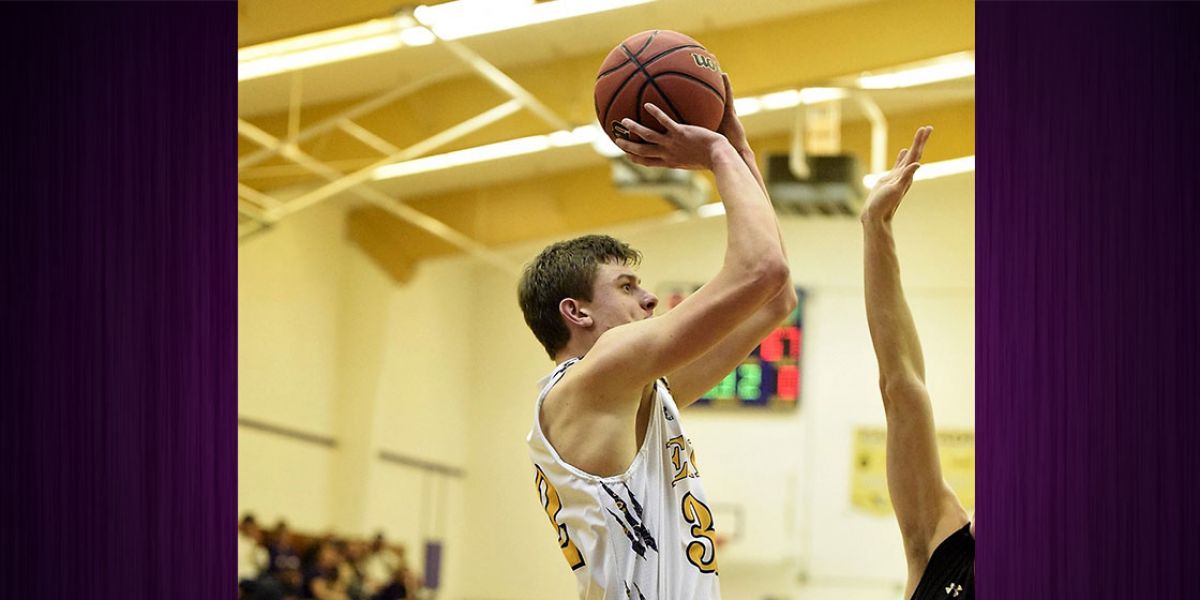 It was an exciting weekend of basketball in Eads as the hometown Eagles hosted two tough teams, both are ranked in the top ten in the state, including Kit Carson on Friday night and Holly on Saturday night.  Neither game’s result was as the Eagle fans wanted as the Eads boys dropped both contests with little defensive effort needed to stop these kind of teams.  Eads would lose in an important conference game to Kit Carson, 65-52, on Friday night.  However, on Saturday night the Eagles were blown out of their own gym, 94-42, by Holly who rolled into Eads red-hot hitting for a phenomenal 16 long balls on the night.  Holly was coming off a big conference game over Wiley the night before in a 47-42 barn burner. 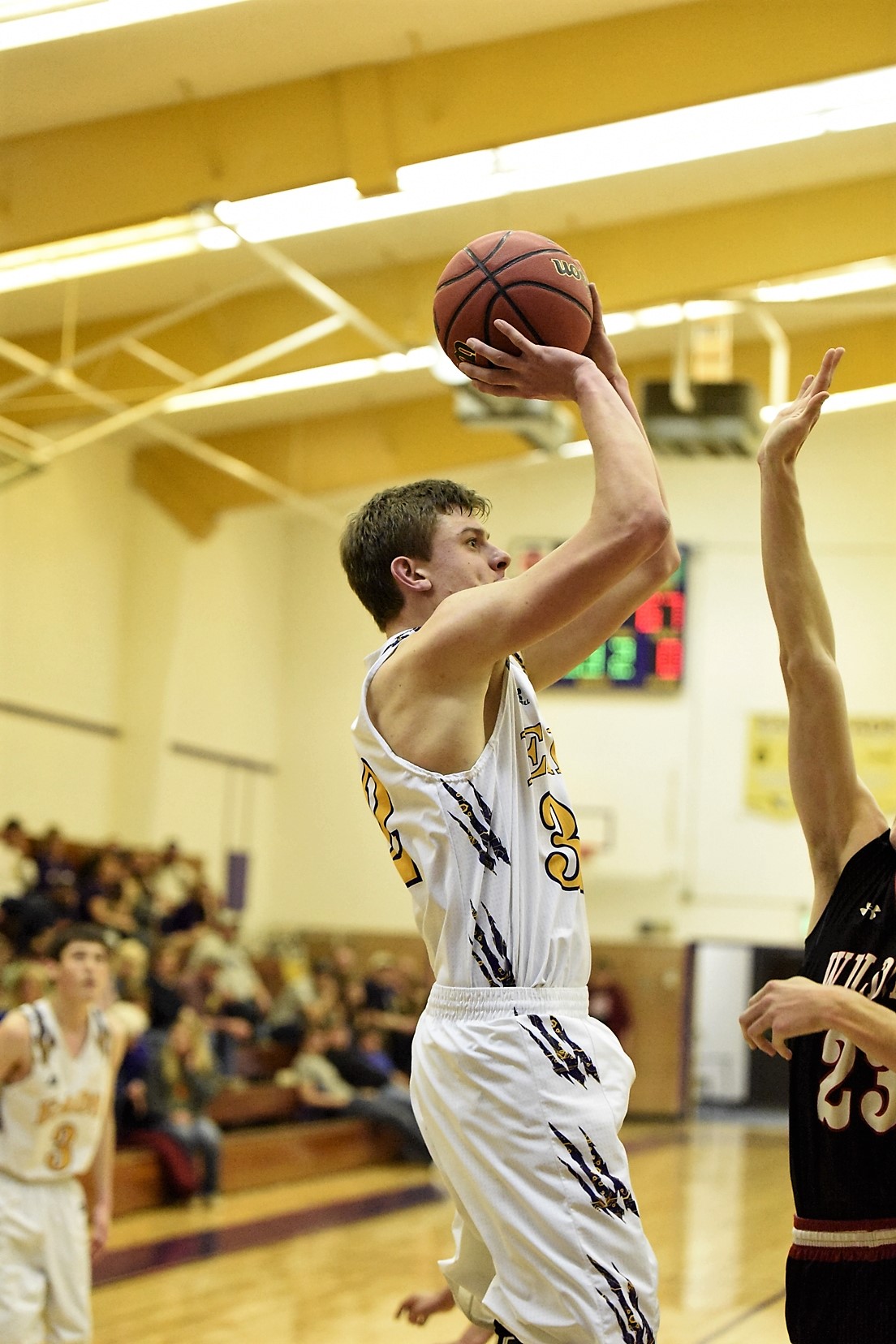 Eads did return to the line up two starters who had been injured the weekend before with wing Zach Haase and post Caden Parker making their re-appearance.  However, the story of both games for Eads was their lack of defense.  With little defensive effort they were out-rebounded both nights.

It would be the first quarter that decided the Kit Carson outcome as the Wildcats came to play and ignited at the start of the game with 18 points while the Eagles managed to chip in only six.  Haase picked up a couple of hard-earned jumpers against the tenacious Wildcat defense while Parker found a little room for a third jumper.  The Wildcats got strong performances from all starters as six men scored in the first stanza and they produced two 3-pointers from Trevor Medford and Blake Dickey.  Eads would finally play ball in the second period where they outscored their opponent, 20-18, as Stephen Wilson hit two of his four long balls on the night, and Zach Haase hit his first of three downtowners for the evening. But Brad Johnson and Dickey responded with their own long balls, as well.  The rest of the game was even as Eads played well against the Wildcats, but could not overcome the terrible first-quarter start.

The big stat of the night, really both nights for Eads, was their lack of rebounding as the Wildcats pulled down 33 boards to Eads’ 20.  Jaxon Crawford, for the Wildcats, had an outstanding game hitting for 24 points, including a 5-for-6 performance from the free throw line.  He would also have a double-double on the night with 10 rebounds.  Dickey and Johnson would score 11 and 10 points respectively.  For Eads, Wilson would put in 14 points, while Haase added 13, and Parker contributed 10 more.  Eads did lead Kit Carson in the dubious 3-ball tally hitting for 11 while the Wildcats drilled 7, however, it was the game on the boards that beat Eads.

On Saturday night Holly came to town, and basketball fans were treated to some impressive hoops action as the run-and-gun Wildcats literally zoomed up and down the court for four quarters.  It wasn’t that Eads played bad, offensively, at least, as the team hit 6 long balls on the night; it was more that Eads’ defense did nothing to stop the dynamic Holly offense.  All-state guard, Yaniel Vidal, gave the crowd an impressive show as the senior hit for six 3-pointers, was 2-for-2 from the charity line, and led in points with 30.  He also pulled down numerous rebounds. 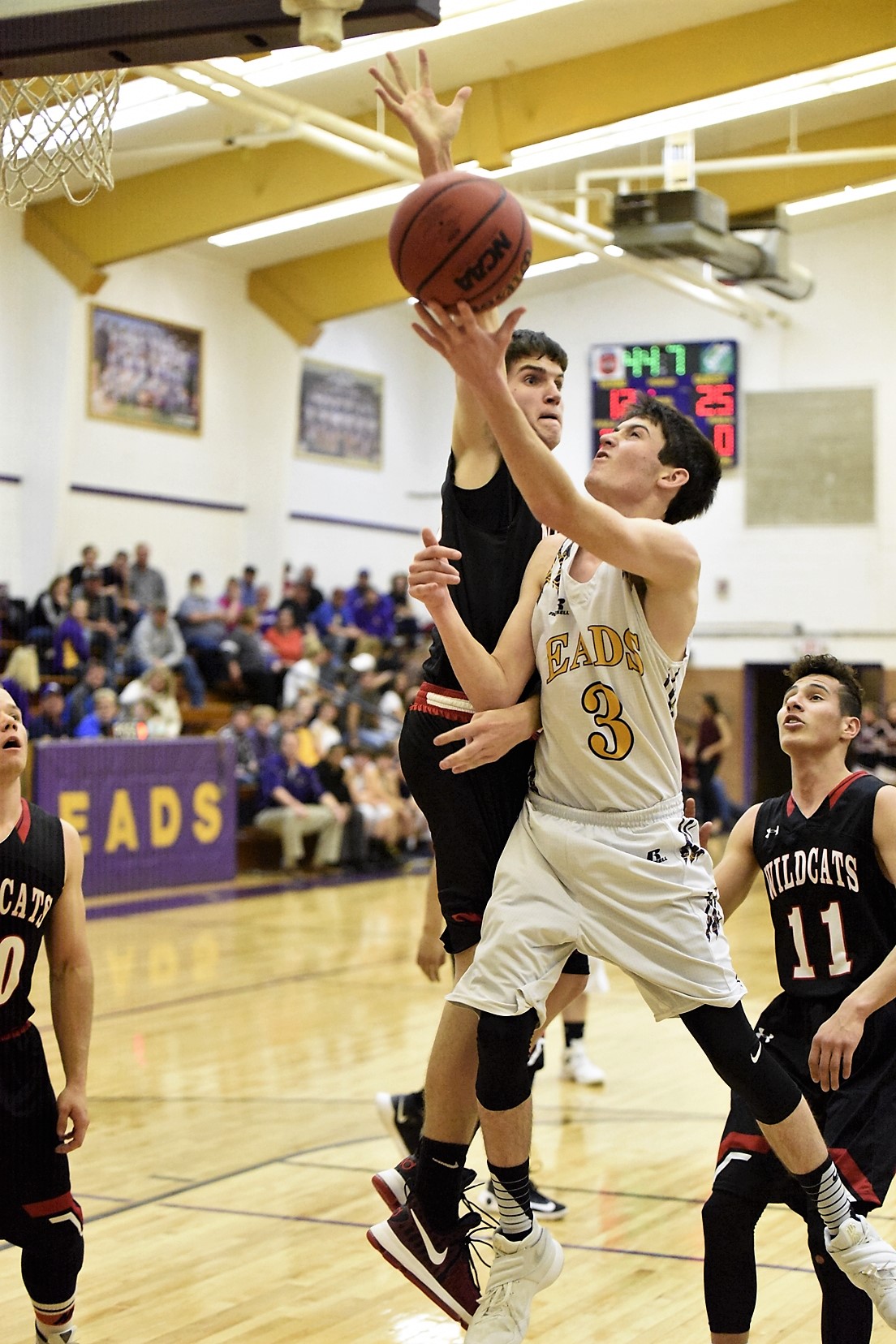 In the first quarter Holly would hit four of their 16 long balls from three Wildcats including Sigi Avalos, Vidal, and Tack Neugebauer.  Haase would not back down from the high-octane Wildcats answering a Vidal three and hitting a couple more jumpers in the first period.  Parker added a trey and a deuce in the period with some nice outside shooting, while Fred Turner chipped in a bucket.  After one period, Eads was down 25-15, but had put in some good effort and were in the game.  However, it would be a terrible second quarter for Eads that did them in as Holly would drill in 28 points, including three long balls from sophomore Chandler Rushton and three from Vidal.  The Eagles managed just six points before halftime with Haase, Parker, and Turner contributing.  The Wildcats showed no signs of letting up and had the throttle down in the third scoring another 21 points including 10 from Vidal and another long ball from Avalos.  Wilson would wow the collective crowd as the senior long-ball shooter would come down on three consecutive Eagle possessions and hit a three, each a little longer than the previous one.  Those three long balls represented the only scoring for the Eagles in the third.   Giving Eads credit due, they came out in the fourth, in a huge hole, and continued to play hard.  Senior Cameron Crow, particularly had a good quarter putting in a free throw and three jumpers.  However, Holly continued to fire long-range arsenal into the fourth period with three more tallying up an amazing 16 for the night.

Vidal led all players with 30 points, while Avalos added 17, and Neugebauer and Rushton added 12 apiece.  For Eads, it would be Haase who led Eads with 12 points and 5 boards, while Wilson put in 10 points.  Eads only had 17 team boards, a stat, that for the second night in a row, was deadly to the outcome of the game.

The Eads JV team was able to play two games over the weekend losing both.  The Kit Carson JV group would defeat Eads, 35-21.  Blake Stoker would lead Eads with 9 points, followed by Dillon Hernandez with 7, and Gary Davis chipped in 5 counters.  The JV group would also lose to Holly, 40-14, on Saturday night.  Damian Hernandez would score 7 points in his half of play, while Stoker chipped in three.

Eads has only one non-conference game this weekend as the wrestlers head to the Regional Tournament.  They will travel to Pritchett on a rare Thursday night game to take on a tough South Baca group.  The Eads JV group will then host Plainview on Friday night at 5:00 pm.