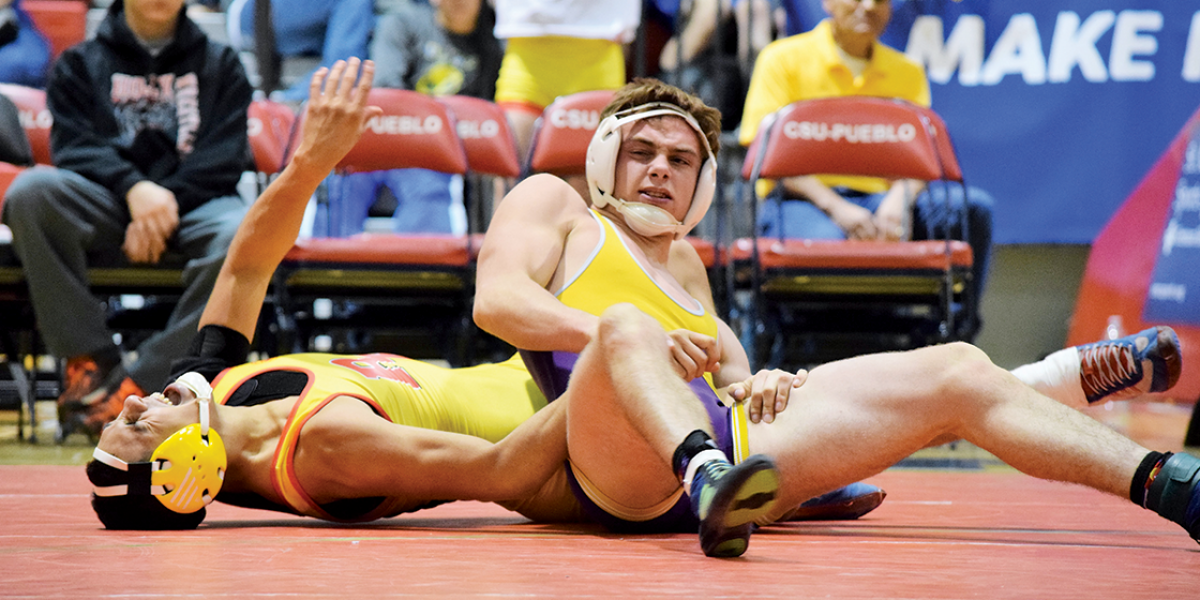 Another pretty successful weekend is in the books for the Eads Eagles’ wrestling team as they finished up the Regional Wrestling Tournament with three out of the four wrestlers advancing on to the State Tournament to be held in Denver on February 16th, 17th, and 18th.  Seniors, Chance Fowler and Rhett Uhland will be finishing up their wrestling careers for the Eagles at this year’s tournament and Junior, Trevor Randel is making another trip to the big house.  Each one of these young men finished with 2nd place honors in Pueblo this last weekend which guaranteed them their entry into the 2A – 2017 State Wrestling Championship.  No team likes to leave any teammates behind but freshman, Ben Splitter was unable to qualify in the 120 pound weight class.  Splitter gained valuable experience this year and should come back and show his fans good things in his future years with the program. 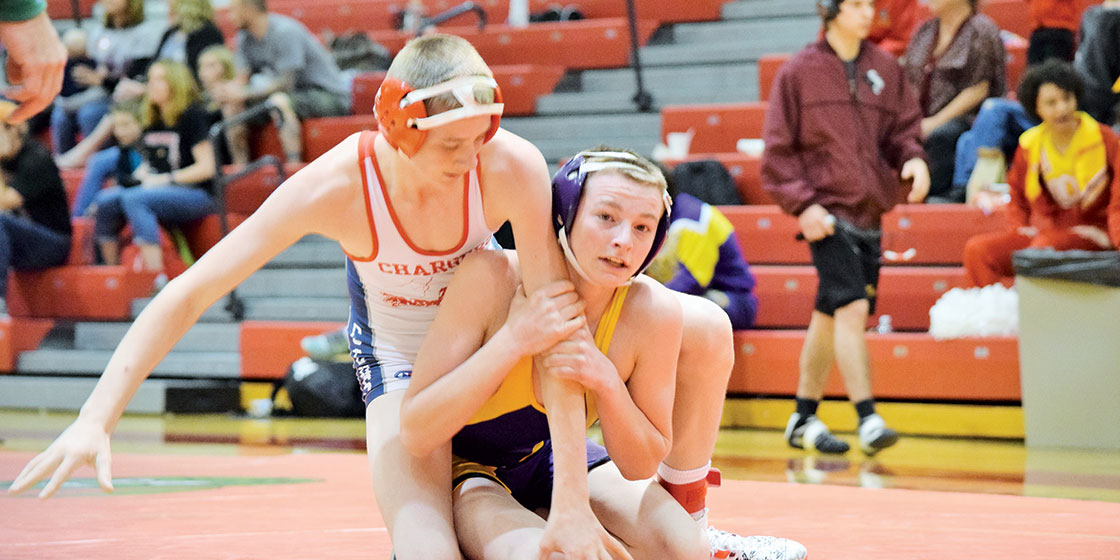 Friday night action started with Splitter going head-to-head with Brendyn Nordyke from Holly.  Splitter was a little outclassed by the Wildcat, as Nordyke is state ranked, and gave up the loss in 0:39.  Dropping to the consolation round Splitter didn’t get a very good draw as he faced Tanner Howells from Crowley County.  The previous week Howells was able to get a quick pin but this match he was up against a little more determined wrestler.  Maybe Splitter got a little more momentum when his big brother Seth, a 2016 Eads state qualifying wrestler, surprised him by travelling back from college to watch his little brother.  Splitter fought into the third period against Howells but was called pinned in 3:31.  This match ended his freshman year with a 3-27 record. 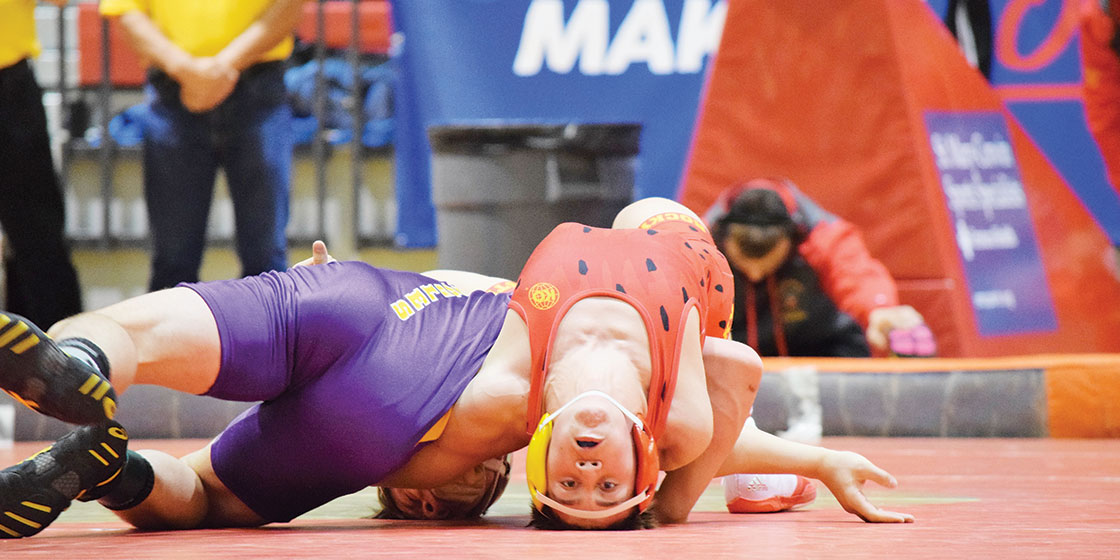 Eads junior, Trevor Randel, was just one round away from placing in the 2016 state tournament and has been determined all year to make another visit to the big house and has his eye on some hardware. Seeded second in the regional tournament the Eads grappler labored his way through the bracket with an impressive 0:11 pin over Connor McLeod from Miami Yoder and dominated with a major decision over Dylan Miell from Rocky Ford, 14-2.  The championship match for the day was with Wyatt Lee from Peyton.  The 38-1, Peyton athlete has earned his reputation as a very skilled wrestler and Randel was unable to get anything going as he was pinned in 1:25.  If these two wrestlers would meet up again this weekend fans can only hope it might be in the championship match on Saturday night.  Randel will enter into the state tournament with a 29-13 record and will start off Thursday against a 9-13 senior, Cody Martinez from Del Norte. 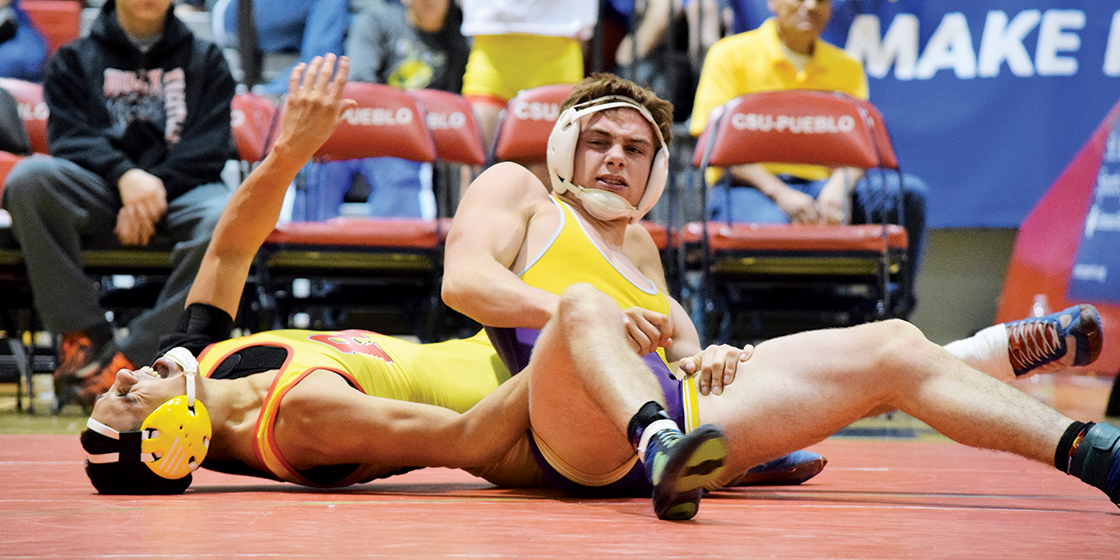 It was nice to see Chance Fowler back on the mat this weekend after a month off recovering from an injury.  Sporting a 20-3 record, Fowler was seeded #2 in the 160 weight class.  Still a little out of shape with conditioning he fought off area rival, Beau Dukes from Baca County with a pin in 5:47.  Next he squeaked by P.J. Schurr from Crowley County with a 5-4 decision.  Fowler’s final opponent for the night was Carlos Magdeleno from Rocky Ford.  Although the match ended too soon, Fowler was right in the thick of things before getting put to his back in 2:58.  Going into the state tournament Fowler sports a 22-4 record and will be starting things off with his neighbor to the south, Dawson Roesch from McClave, a sophomore with a 21-12 record.

Rhett Uhland began his regional action with a fast 1:16 pin over Cheyenne Bishop from Miami Yoder on Friday afternoon.   Saturday action was a little more exciting for the Eads senior as he wrestled, yet again, Ethan Hebberd from Baca County.  This match it was Uhland who got his hand raised at the end of six minutes getting the 7-5 decision.  It was another Rocky Ford/Eads match up in the finals as Uhland walked to center circle with Meloneer, Diego Reyes.  Uhland was able to match up with Reyes into the 2nd period but at 3:37 it was over as Reyes was awarded the pin.  Uhland will advance to the state tournament with a 27-13 record wrestling his first round against Byer’s senior, Evan States, who has a 24-10 record. 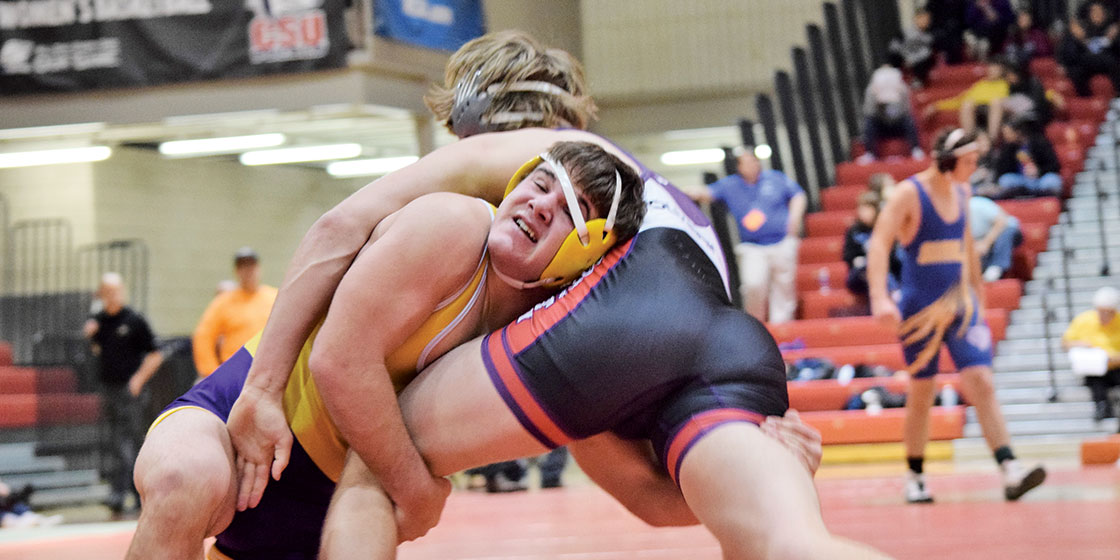 The State tournament begins on Thursday at 3:00 p.m. with 2A/3A action.  Friday our classification starts at 10:00 for the quarterfinals and 1st round consolations.  The 2nd round consolations and semi-final round begins at 5:45 p.m.  Saturday action for the consolation and medal rounds begins at 11:00 a.m. and the state finals begin after the Parade of Champion starting at 6:30 p.m.  Best of Luck to Trevor Randel, Chance Fowler and Rhett Uhland.  Go Eagles!