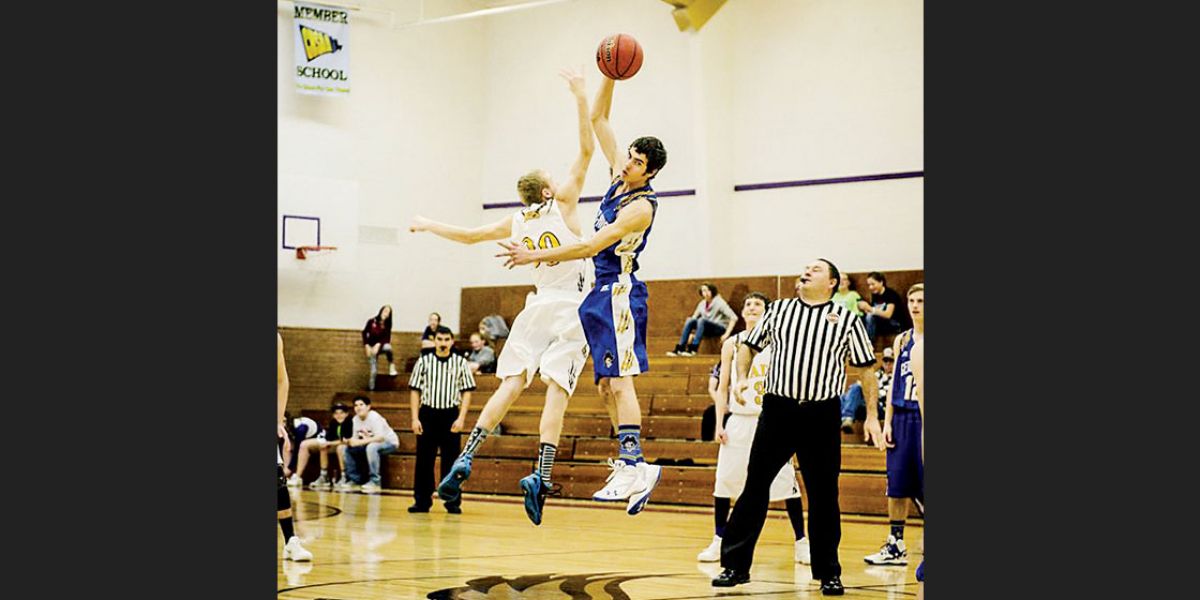 Eads Eagles Enter District 2 Tournament with Something to Prove

It seems since a few weeks after the holiday break the Eads Eagles haven’t been able to catch a break.  They have either faced injury, discipline issues, or illness.  They have yet to have few games where all hands were on deck---as they say.  Over this past weekend, among some turmoil, they dropped two more games bringing their overall record to 6-13 as they finish off the regular season.  Their losses came from a non-conference match with a decent Genoa-Hugo/Karval group, 60-43, on senior night in the Eads gym.  Then, on Friday night, the Eagles could not manage to contain conference foe McClave, losing on the road 41-32.

But now we’re in a new season and new possibilities abound for Eads.  First, they have everyone back and everyone is healthy.  They have learned a lot from their missteps through the long winter.  And, they have a nucleus of seniors that are realizing this is it for them, so why not go out on a memorable note?

They will have to play at their top level in this week’s District 2 tournament as they enter in the #5 spot and will face off against—yep--#4 McClave on Tuesday evening at 7:00 pm in the Lamar Community Building.  This is the quarterfinal round and for one team it will mean the end of the road when they lose. 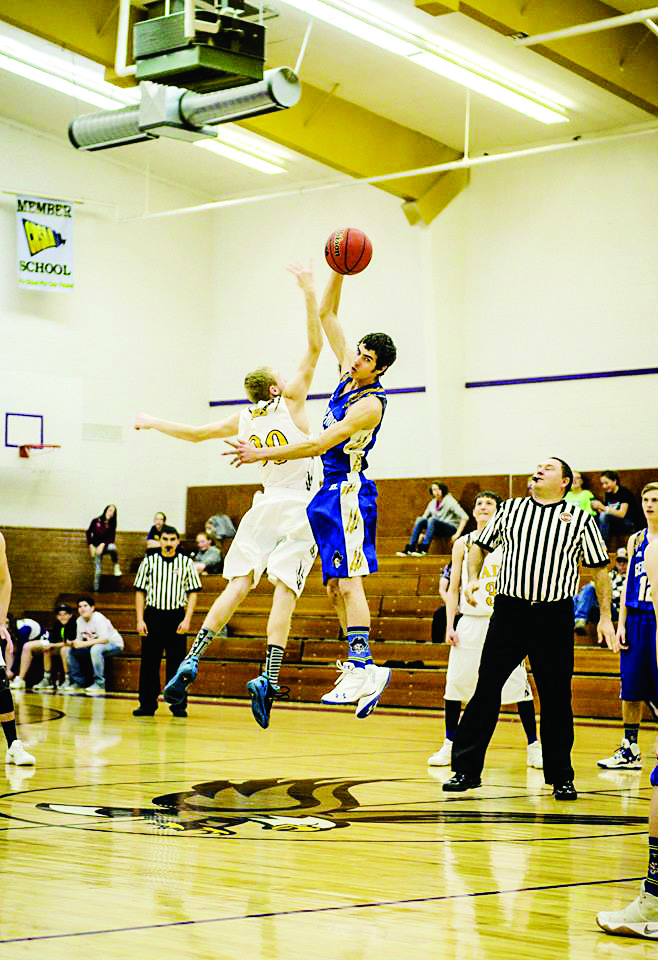 Eads started all five of their seniors on senior night last Thursday night when the Genoa-Hugo/Karval Pirates came to town.  After seniors and parents were recognized on the floor, Pat Hollis, in his first start walked to the circle for the jump ball ceremony of his last home game as an Eads Eagle.  Other Eads seniors around the Center included Cameron Crow, Fred Turner, Stephen Wilson, and Caden Parker.  The Eagles played pretty good early as fans were treated to an up-and-down the floor foot race.  Wilson drilled two three-balls in the first stanza and Crow hit for a third.  But the Pirates, who are a good solid team, was also hot and used a combination of treys, deuces, and free throws to get a four-point advantage after one, 19-15.  The GHK then put it into overdrive scoring 21 points among all five players in the second period while Eads only managed 12, including a long ball by Turner and another by Wilson.   Eads would be on the short-end of the scoreboard by halftime trailing, 40-27.

With the game about to get out of control, Eads came back strong and outscored the Pirates in the third stanza, 13-11.  Parker and junior Zach Haase were the go-to guys in this round.  But, unfortunately, the Eagles forgot to come back to the court to start the fourth period and would only manage a lone three ball by Haase.  HGK, on their part, didn’t do anything amazing in the second period, but they did enough to maintain the lead throughout.

Three men scored in double figures for the Pirates including Caid Smith and Jake McClendon each with 13 points, and Brandon Ravenkamp and Ben Miller with 10 and 12 points respectively.  Wilson would lead for Eads with 15 points, including three long-range bombs.  Turner had 11 points.  Haase had a fine game putting in 8 points and pulling down 10 boards; while Parker had 8 boards and 5 assists.

The JV Boys game with GHK was a barnburner that Eads just missed winning 31-28.  Blake Stoker led with 8 points while Damian Hernandez chipped in 7 more.  As a team Eads had seven 3-balls in the game.

The start of the game has been Eads’ downfall all year and in McClave on Friday night it was no different.  The District 2 conference match-up featured two teams that could be close in ability.  But Eads scored only 2 points in the first stanza, essentially eliminated any chance of coming back into the game.  The Cards scored 10 to start the game and all of a sudden were leading Eads 10-2.  Haase and Wilson got together and produced some much-needed points into the second period, but McClave used their superior line up to score from all five points.  Haase would knock down 3 jumpers in the second period, while Wilson hit a jumper and went 2-for-2 from the charity line.  At halftime Eads trailed 24-12 and it looked like it was going to be another blow out. 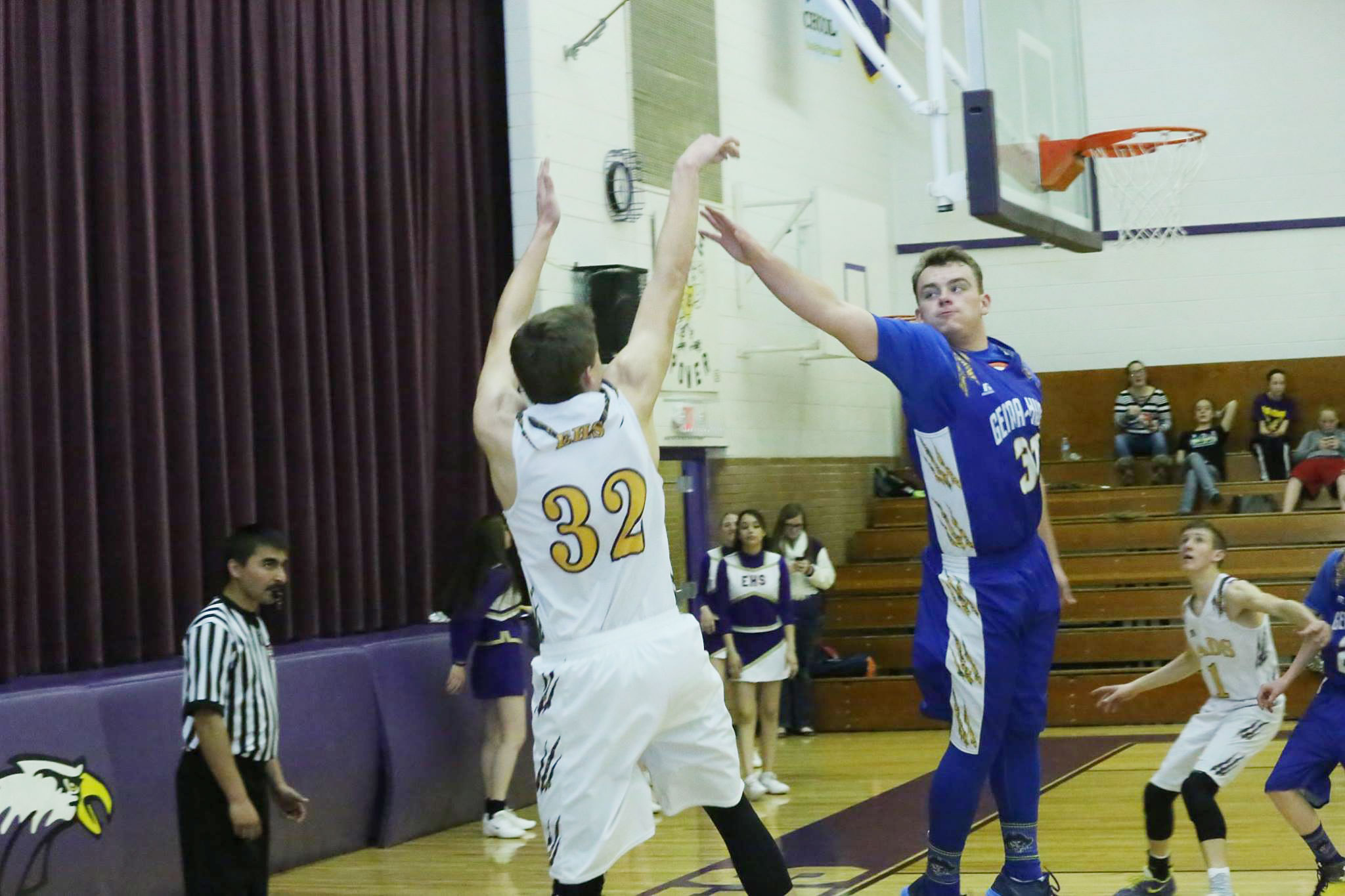 But the Eagles came back in the third period as Parker and Turner began to produce.  The Eads group got the nod 12-10 and were well in the game trailing by just 10 to start the final period.  However, they couldn’t overcome the lead despite Haase finding three-point range again.  McClave tried to give it to Eads as they had a single field goal but would make 75% of their free throws down the stretch.

McClave’s Ian Beckett led all scorers with 12 points.  Haase had another fine game getting a double-double with 11 points and 11 rebounds.  Parker chipped in 10 more points.  The Eagles lost on the free throw line shooting a dismal 43% while the Cards had some scoring there hitting 63% of their freebies.  McClave also got the best of Eads off the boards grabbing 30 to the Eagles’ 28.
The McClave boys also won the JV game on Friday night, 38-20.  Hernandez and Stoker again led with eight points apiece.  Trey McDowell chipped in 4 more.

Eads has an uphill battle in front of them.  However, they are a dynamic group if they set their minds to playing good basketball.  Only time will tell if the Eagle seniors have what it takes to go the distance in the post season.
Photo Credit Ty Lin Williams & Holly Mitchek