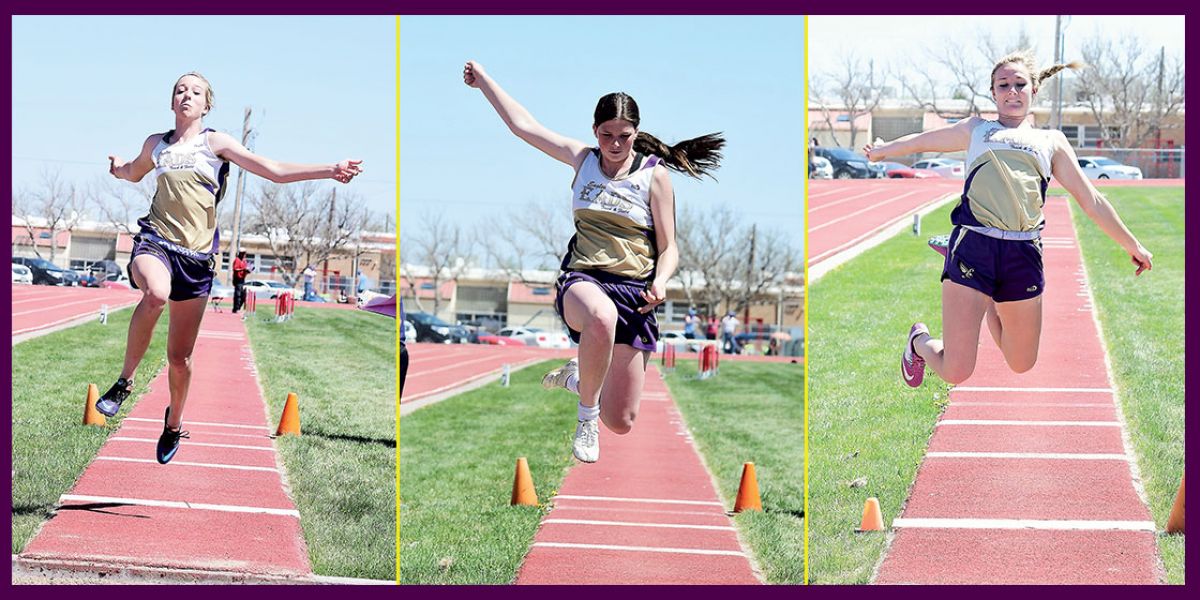 The Eads girls’ track team traveled to the Rick Hartley Invitational meet in Springfield over the weekend where good, if not breezy, weather conditions prevailed.  It was a fast track with a number of notable performances as the youth of the Lady Eagles is starting to blossom into something more.  In most events, Eads competed well in this very tough meet placing third out of a 22 team field.

As she has for all but one meet, Mariah Smith walked away with the gold in the Discus dominating with a best throw in the finals of 122’ 1.00.  The junior was also eighth in the shot, getting an extra team point for Eads with a best 32’ 2” effort.  Plainview’s Lydia Splitter continues to score for the Hawks placing 7th in the discus with a best toss of 86’ 3”.

The jumping events continued to be a real asset for the Eads girls as they placed three in the triple jump, one in the long jump, and another in the high jump.  In a very competitive long jump event, Miranda Mitchek pulled in an 8th place finish with a strong jump of 14’ 4.5”.  It would take a jump past 16 feet to win the event.  Mitchek’s strong jumping event is the Triple Jump where the sophomore placed second to Lamar’s Vallejos with a decent 32’ 2.25” effort.  Kaylee Wilson was third in the triple jump with a 31’ 7.75 best.  Freshman Morgyn Johnson brought home some team points when she placed 6th overall all in the triple with a 30’ 6.0” leap.  Johnson also tied with Holly’s Kallie Cathcart in the high jump to place seventh with a jump of 4’6”.  Splitter was 6th in the high jump going 4’ 8”. 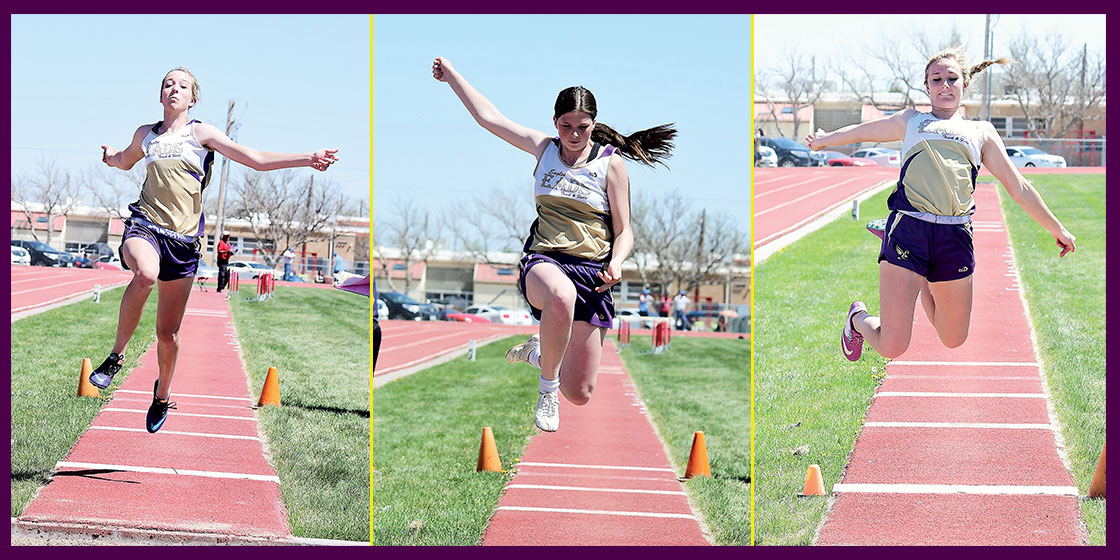 The Eads relays struggled somewhat as every Eads team placed third in every single relay distance, and always behind arch-nemesis Springfield.  The 4x100M Relay includes sprinters Brooklynn Jones, Mitchek, Kaycee Ellenberger, and Reagen Johnson.  Their third place finish was timed in 54.66.  The 4x400M ran their relay in 4:37.56 and included team members Ellenberger, Morgyn Johnson, Reagen Johnson, and Wilson.  The 4x800M relay team ran a respectful 11:35.89 with Morgyn Johnson, Wilson, Hadlie Rittgers, and Smith teaming up.  Finally, the 800M Medley Relay, also placing third, ran a 2:01.32, with Mitchek, Jones, Ellenberger, and Reagen Johnson working together.  These relays will need to gut it out as there is stiff competition ahead for them.

The Eads girls will compete in the Holly Invitational on Saturday and then travel back home to prepare for this year’s Prom celebration.