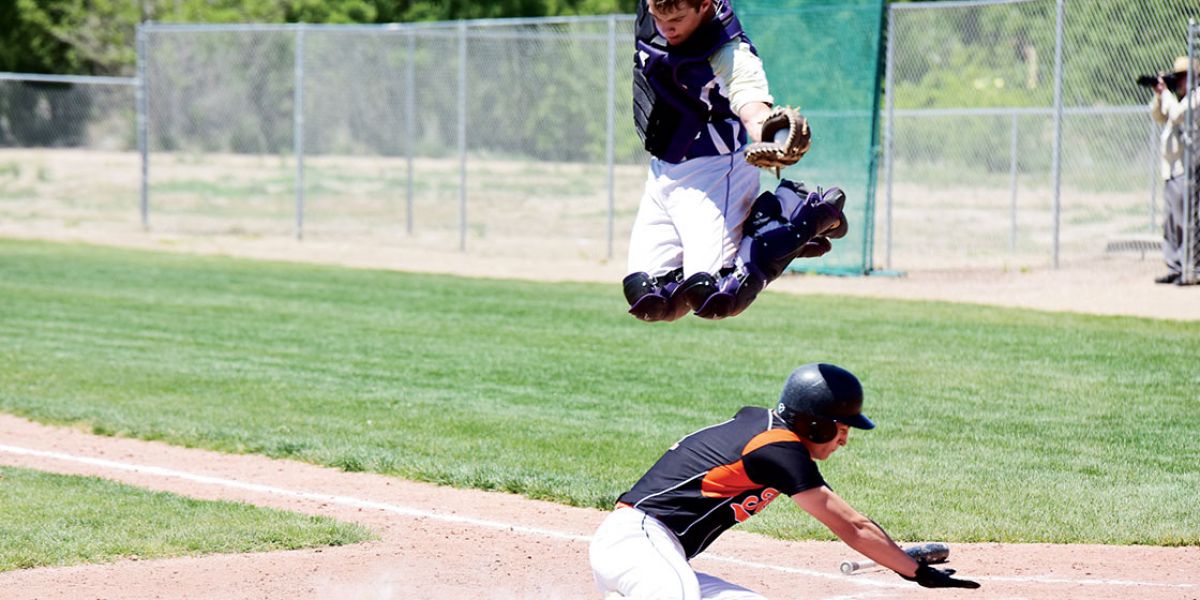 The District championships in Las Animas on Friday proved to be a frustrating experience for Eads head baseball coach Billy Koehler as his favored Eagles (#2) fell in the District semifinals, by a score of 8-3, to Cheyenne Wells (#3), a team Eads had beaten solidly in the regular season.  In days of old a stumble like this one would have meant the season was over for Eads, but CHSAA’s current RPI system, where an elaborate equation that considers a teams’ strength of schedule and opponent-to-opponent scoring, proved to help Eads stay alive to play another day.  And that day will be Saturday at All-City Field in Denver as Eads will enter the final eight state tournament seeded in the #4 hole and paired up with #5 Kiowa.  Game time will be 12:30. This game is win or go home so the Eagles have got to develop enough confidence and a strong game plan to get the job done. 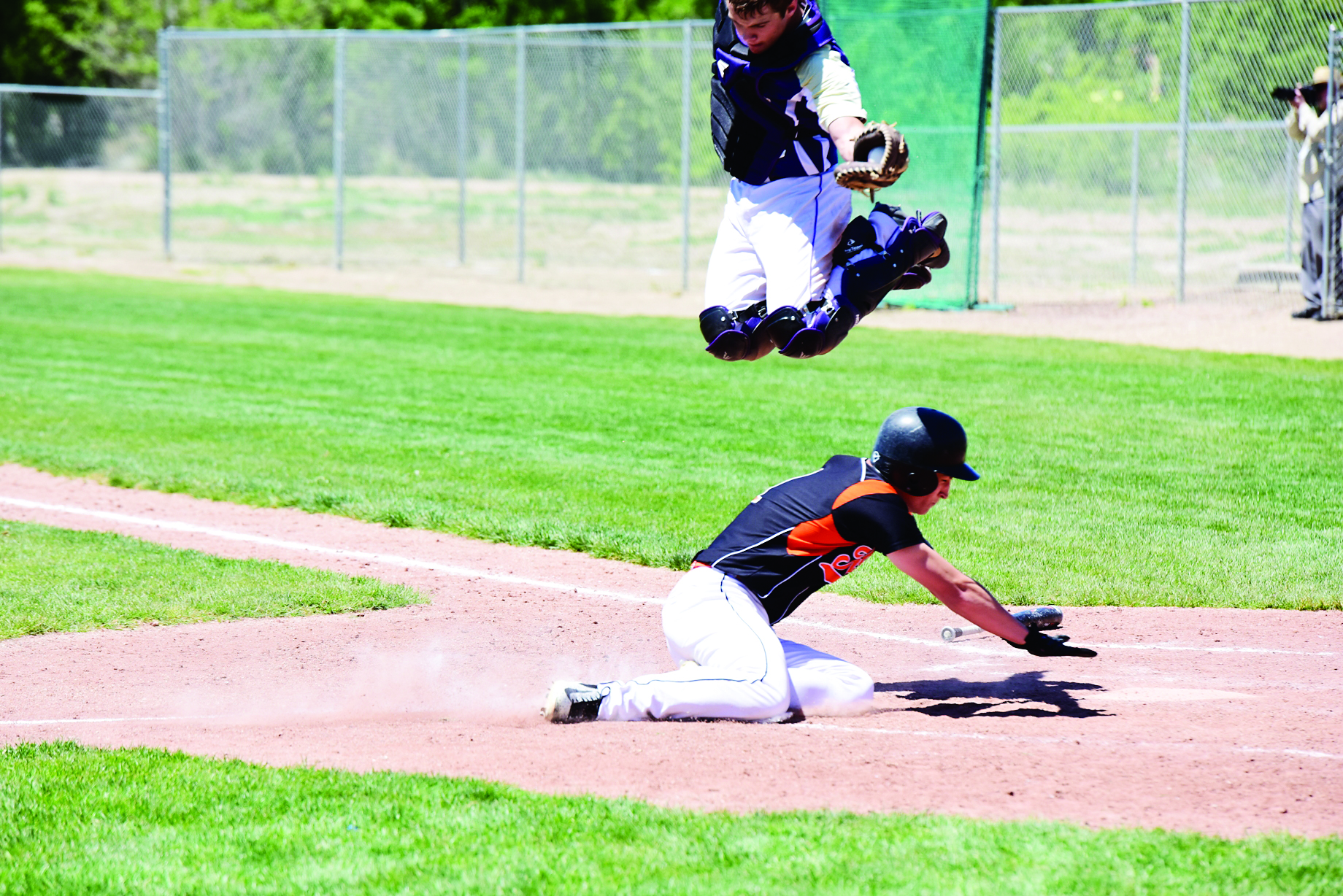 If the Eagles beat Kiowa, they will be in the state semifinals against the winner of the Holly (#1) and Granada (#8) game scheduled for 10:00 am at the same park in Denver.

Coach Koehler was not happy with the way his Eagles approached the batter’s box on Friday as they only got three hits against Tiger pitcher Kendall Pelton who throws few curve balls and is not known for his overly powerful speed.  However, the senior is seasoned and got in the heads of the Eagle batters resulting in 10 strike outs for Pelton.

Pelton would get the win over the Eads lefty Stephen Wilson who entered the game with a 5-0 record and an ERA below 2.0.  The Eagle senior had a decent day but the bats for Cheyenne Wells had seen him once already and were ready.  Wilson would give up 8 hits and 8 runs (5 earned), walking four batters and striking out five.   Cheyenne Wells had three doubles.  Wilson held pretty strong until the top of the seventh when the senior gave up 3 hits and 2 walks resulting in four runs that broke the Eagles’ back.

The game was tight from the outset as both teams scored in the first at-bat.  Wilson walked the first Tiger batter, Smith, to start the game and he would come around and score off a Pelton single.  Eads’ Chance Fowler would pull a walk in the bottom of the first inning and would score on a Jaxon Crawford hit.  Cheyenne Wells would then put the pressure on scoring three in the second at-bat, all coming from the bottom of the order.  All of a sudden, Eads trailed 4-1.  However, they would inch forward in the bottom of the third when Fowler again scored reaching base on a strong single.  Rhett Uhland would hit a long sac fly to bring him home.  After three complete innings Eads trailed 4-2.

The next several innings saw no one get the advantage until Cheyenne Wells broke it open in the top of the seventh inning.  Wilson, who had been on the mound all day, struck out the first batter, and got a ground out on the second one.  But then Quayde Pelton drew a walk from Wilson.  The elder Pelton then had the second-best hit of the game, a long double to left-center field that moved brother Pelton to third.  Wilson walked Huerta to load the bases for Newman who came through with a resounding double to deep right field that cleared the bases for three runs.  Newman would score as well before Brad Johnson came in to relieve Wilson and get the final strike out of the inning.

Eads now faced an 8-2 deficit coming to the bottom of the 7th inning.  The first batter struck out but Wilson pulled a walk.  Pelton then struck out the next Eads batter and they were down to their final out.  Eads saw a little life as Johnson dodged a bullet and arrived on an error at second base scoring Wilson.  Huerta would then come to the mound to relieve Pelton as the Tiger coaching staff was taking no chances of giving this one away.  Huerta did his job getting Fowler to fly out to right field and end the game. 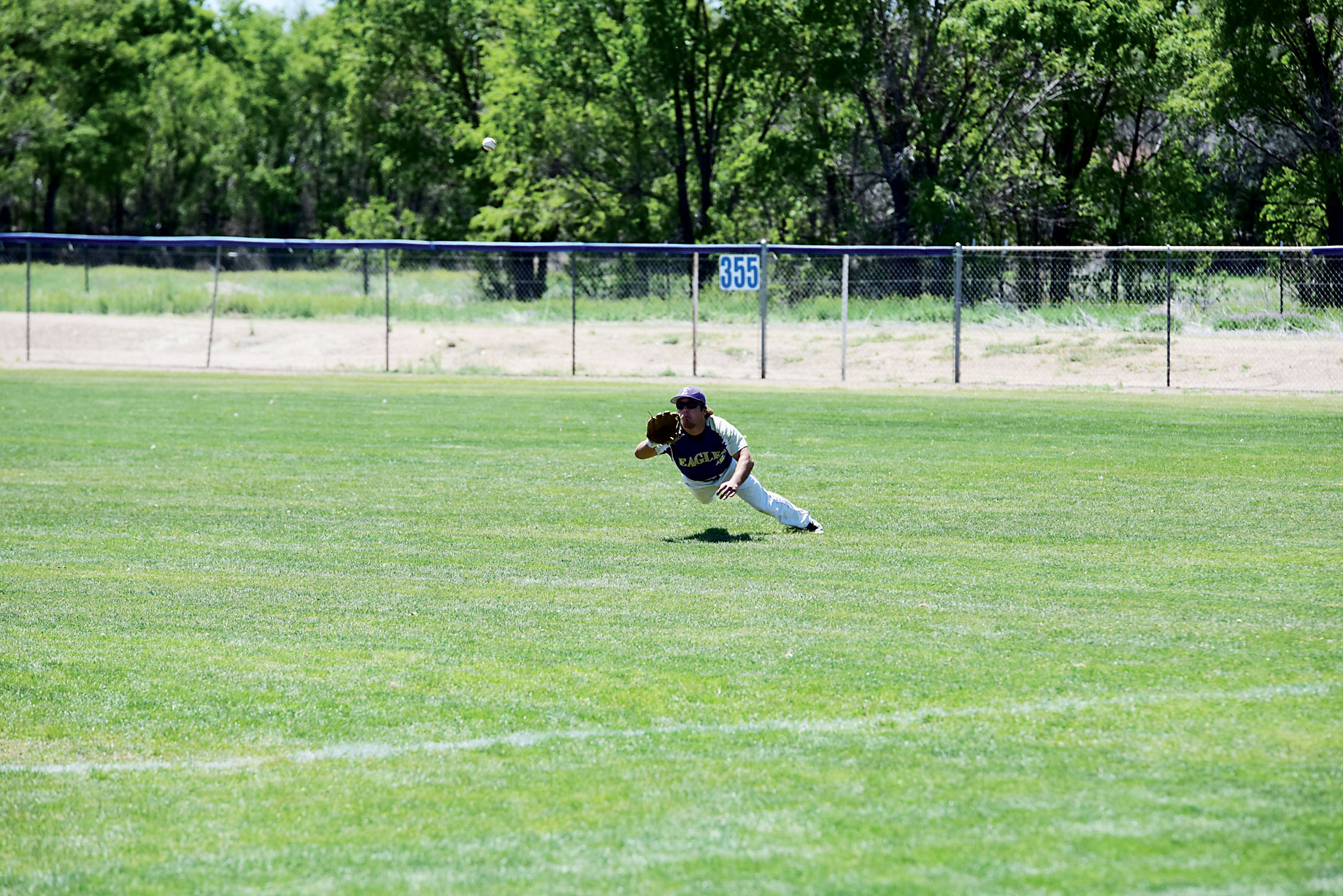 Crawford went 1-for-3 with one RBI and two stolen bases; Uhland was 1-for-3 with an RBI, as well; Johnson had one hit and a stolen base; Wilson had a run and a stolen base; and Fowler was 1-for-3 with 2 runs and 2 stolen bases.
Holly beat Granada in the other district semifinal.  The win for Cheyenne Wells pitted them up against Holly in the District Championship where the Wildcats found themselves in a cat fight and barely escaping intact winning 6-5.  With the score tied at 5-5 Holly would score on their final at bat in the bottom of the 7th with bases loaded.  The Wildcat’s William Kennedy was hit by a pitch to bring home the winning run for Holly.

Cheyenne Wells will also be in the state baseball (Regional) tournament in Denver on Saturday as they pulled the #3 seed and will face off against #6 Stratton-Liberty at the Metro State field at 12:30 pm.  Fleming is #2 and will play #7 Nucla at the Metro State Field the game before at 10:00 am.  Winners will meet in the 3:00 pm game to see who advances to the state championship.

If Eads (#4) gets past Kiowa (#5) they will take on the winner of Holly and Granada at 3:00 pm at All City Field.  The winner of the game will be in the state championship, as well.  That final game is scheduled for next week on Thursday, May 18th at 11:00 am at the All-Star Park in Denver.  Half of the state tournament teams come from the same District with Eads, Cheyenne Wells, Granada, and Holly all vying for the championship.