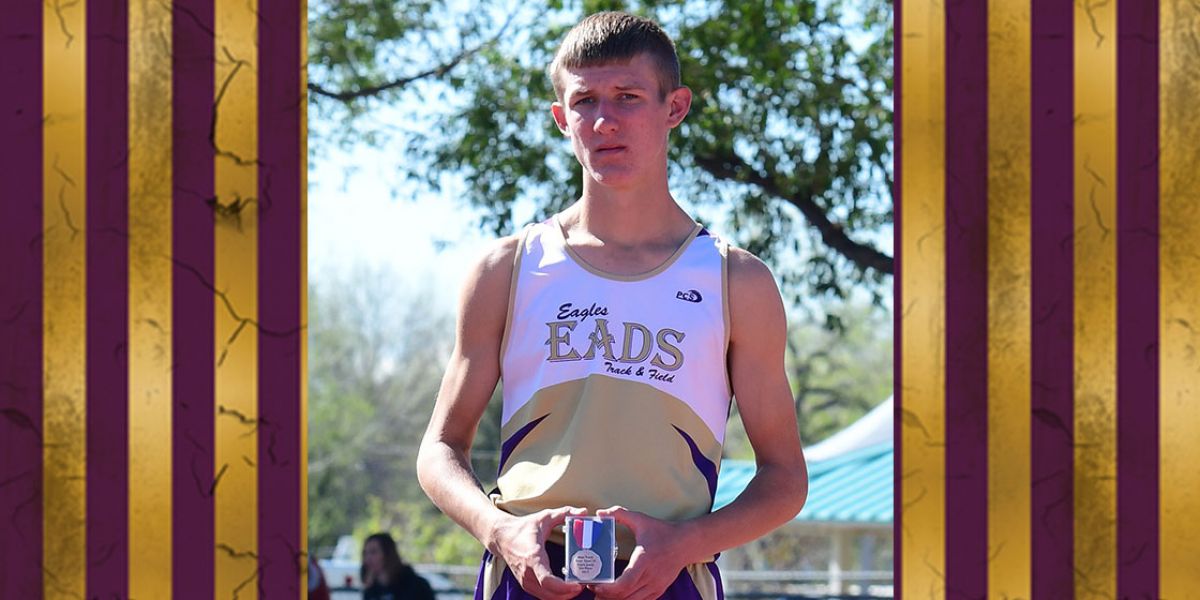 For weeks now the question for the Eads Boys Track Team would be whether their potential to make some major noise in the state meet would come to fruition. 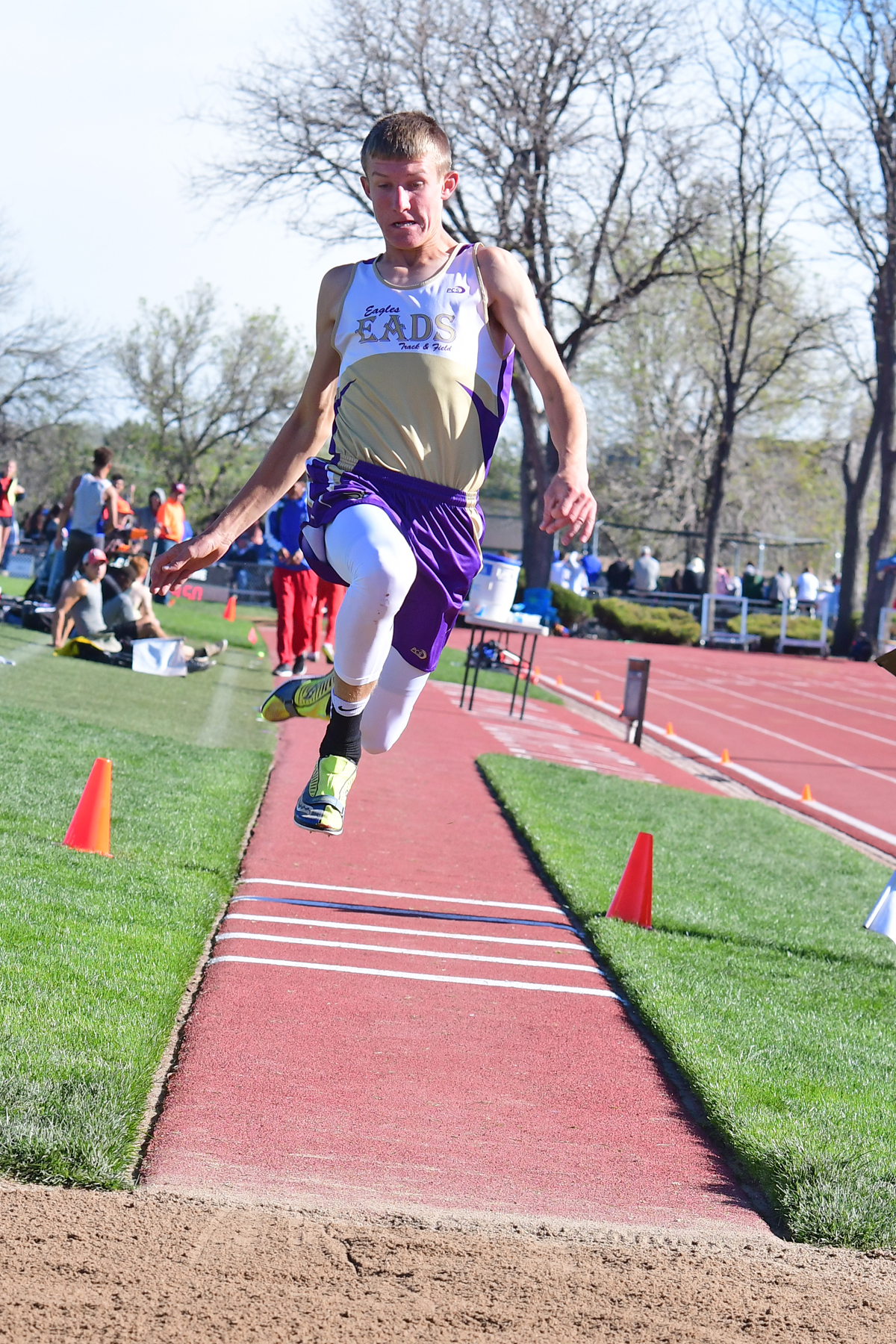 After the first part of the season their 4x400 relay team led the 1A field and a couple of their senior athletes were ranked highly in individual events.  Then came the grueling season and none of the expectations were realized.  However, an unlikely athlete, one that many had not realized possessed the required combination of athleticism and a tough mindset to compete at the highest level, emerged from the rest to save the what was looking like a catastrophe for the Eads boys.

Head Coach Stephanie Bohlander commented, “There wasn’t a senior we had to depend on in the end,” as the young kids, who had held down the track for their two past state champion seniors had to get it done without them.  And they did well as in every race that was left they left it all on the track. 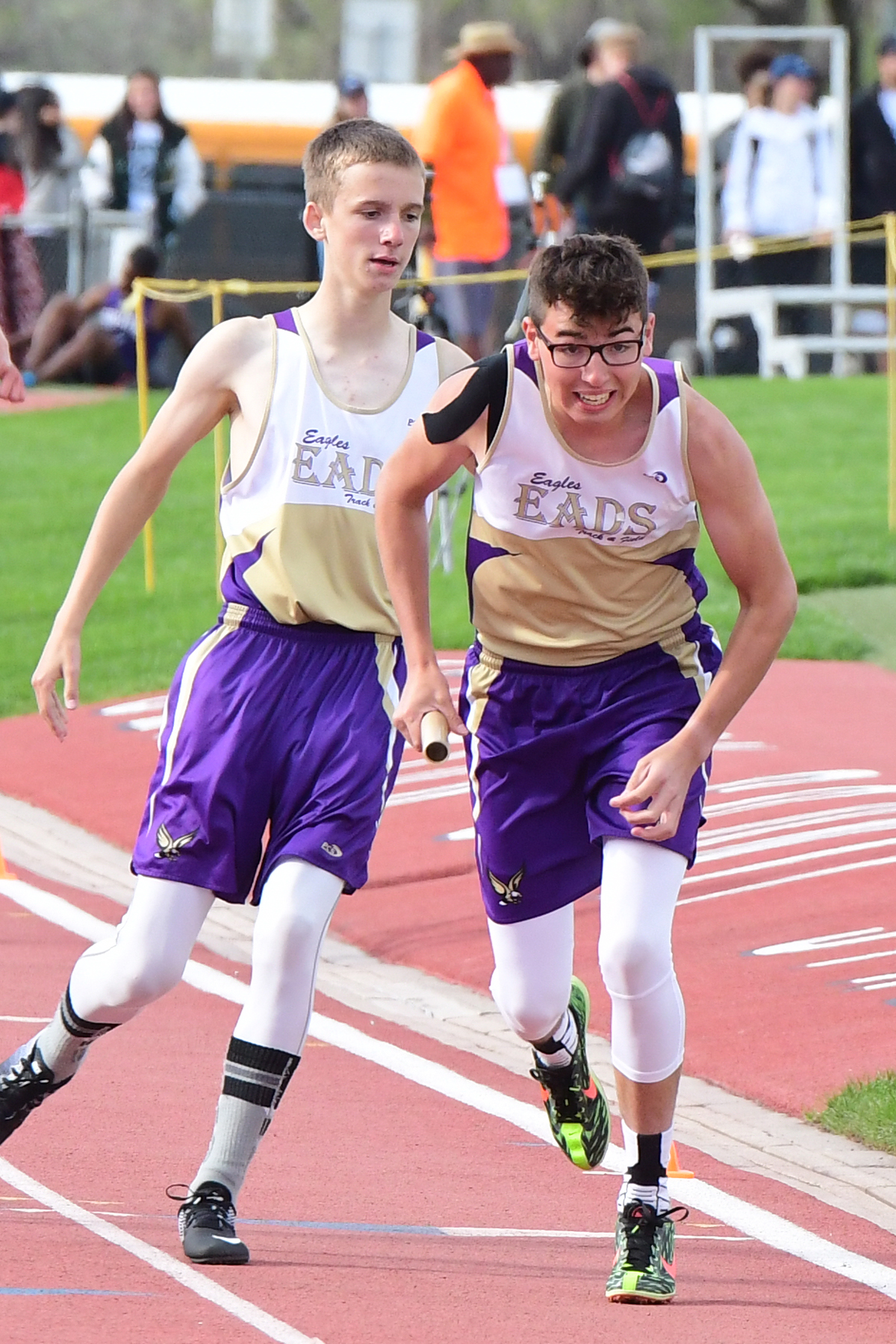 Bohlander was particularly proud of freshman Keaton Coen who had to unexpectedly replace a senior in the 4x400M relay.  This particular relay was highly ranked in the state and so Coen was assigned a tough job in a bad situation.  According to Bohlander, the freshman did a phenomenal job representing his team as the relay placed 8th in a time of 3:58.07.  The team members of Blake Stoker, Trevor Randel, Zach Haase, and Coen showed what being an Eagle is all about.  The 4x800 team, with Patrick Hollis instead of Haase, would not do as well placing 12th in a time of 9:16.94.

On Saturday, the three seniors were scheduled to compete.  Fred Turner, the defending state champion, would place fifth in the 300M Hurdles in a time of 45.10.  Caden Parker, had qualified for both the 100M and 200M finals earlier in the season. Parker had not been on the track since April 7th.    He would run on Saturday in the 200M placing 9th in 26.76, well off the pace.  The senior elected not to compete in the 100M finals on Sunday leaving the 4 lane wide open for the favored race.  He cited continued soreness and tightness in his hamstring muscle for the scratch.  Pat Hollis would run in one of the relays.

Haase came through big for Eads in the jumping pit as the junior placed in both the long jump and the triple jump.  Bohlander indicated that Haase looked good in the long jump on Saturday, but didn’t jump his best overall.   On his last jump he just missed landing a huge jump.  His 18’ 5.75” effort was good enough, however, for a very respectable 7th place finish.   He struggled to hit his mark, for the most part again, in the triple jump.  He would hit one big jump that landed him in the mid-40s but other than that one he would miss.  But the junior held things together and finished in the top five with a 40’ 7.25 fifth place effort.

“Haase has just had a break out season.  He started to find his stride.  If he gets in the weight room this summer his senior year could be huge.”

Eads placed 18th overall and will lose the services of their three seniors including Parker, Hollis, and Turner.  There are a number of younger athletes coming up from 8th grade next year.  Bohlander says, “It remains to be seen how these boys will mature and develop over the course of a year.”  She hopes they will be excited about competing in track and still believes it’s the one sport that builds the complete athlete. 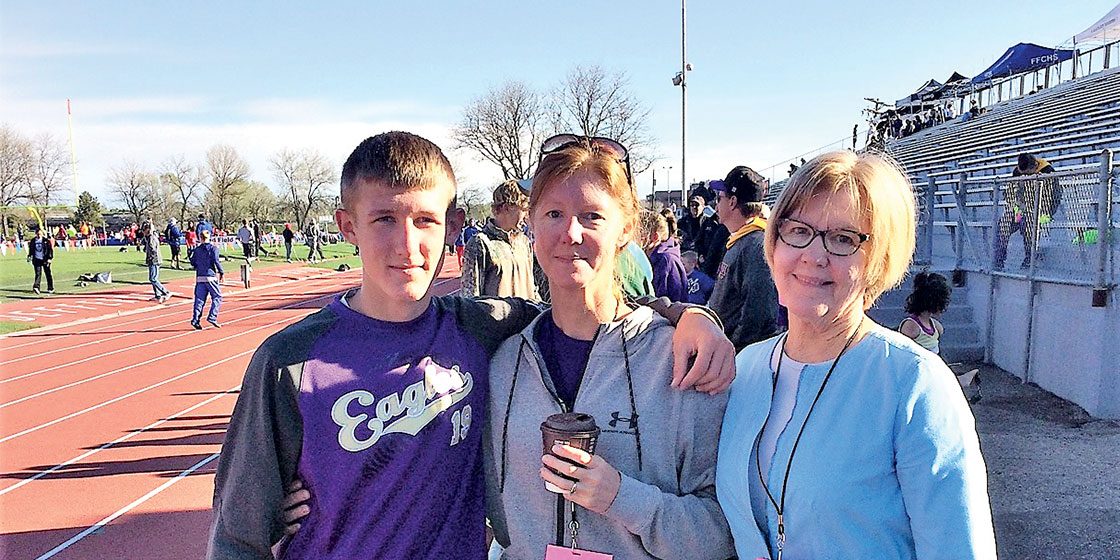 Sophomore Zach Haase, with his mother Duff Haase and Grandmother Love Liebl at Jeffco Stadium for State Track. The three generations have assisted the Eads Eagles Track & Field team for years. Duff Haase still holds the Colorado State Record in the High Jump and was a four time state champion 1988, 1989 and 1990, and in the long jump as well in 1990. Zach’s Grandma, Love, has always been an avid Eagle supporter. Photo © Stephanie Bohlander